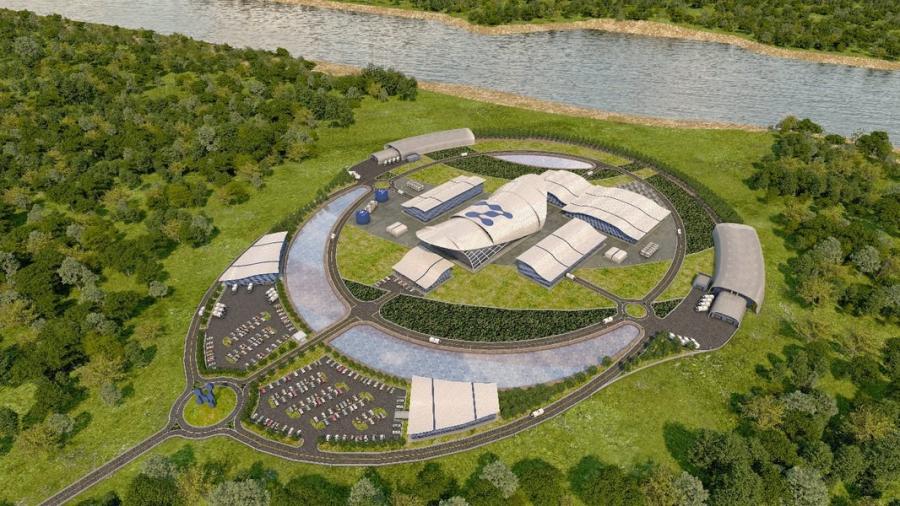 A Utah municipal power association is expecting an influx of $1.4 billion in federal funds for the modular reactor plant it is looking to build in Idaho, but association members are still deciding whether to go forward with the 720-MW project and the completion date has recently slipped, officials said.

LaVarr Webb, spokesman for the Utah Associated Municipal Power Systems (UAMPS) said on Aug. 10 that operation of the first unit is now expected in 2029, about two years later than previously announced.

UAMPS is awaiting word on a possible $1.4 billion award from the US Department of Energy for the plant, designated for a site at DOE's Idaho National Laboratory. Webb said "all indications are the award will be made" and UAMPS expects the award to be finalized in September.

Webb said some of the money from the award would be used for development of a combined construction permit-operating license (COL), which would be submitted for approval to the US Nuclear Regulatory Commission by April 2023.

The award would replace a 2018 memorandum of understanding between DOE, UAMPS and and Battelle Energy Alliance, which manages Idaho National Laboratory for the agency, that said DOE would take power from two modules and use one of them for research activities, Webb said.

The result is that the current commitment by UAMPS members to purchase 213 MW of the plant's output leaves more than 500 MW that needed to be purchased by one or more buyers, Webb said.

UAMPS members have until mid-September to approve a new budget and finance plan to remain in the project. Webb said the expectation is "the members will want to continue."

But Allen Johnson, power department director for the municipality of Bountiful, Utah, said in an Aug. 6 interview "right now it's probably 50/50 whether the project would go forward."

Johnson said the SMR plant is "a great project," but said Bountiful was "not anywhere near making a decision" on whether to remain in the project or withdraw. Bountiful is currently committed to a little more than 7 MW produced by the SMR, Johnson said.

UAMPS, which includes public power utilities, has 47 members in six western states. Some 30 of the 35 members currently committed to the project are in Utah.

The NuScale SMR plant is designed to be built with up to a dozen 60-MW reactor modules. While UAMPS would own the plant, Energy Northwest would operate it.

The mid-September decision by the UAMPS members is one of a number of "off-ramps," or opportunities where participants can choose to drop out. "I can't really project ... but this award certainly helps give members an incentive to remain in the project," Webb said.

Webb said UAMPS is seeking other utilities throughout the West to purchase hundreds of megawatts of the $6 billion project's output, but no utility has agreed to such a purchase.

At an Aug. 4 press briefing, Utah Taxpayer Association Vice President Rusty Cannon said UAMPS members currently committed to the project should withdraw from it because of the risks. Cannon said the project relies on "unproven technology that continues to be less and less competitive than other clean energy alternatives.

The association on its website said it represents more than 2,500 businesses and individuals and promotes efficient government and equitable taxation.

"The development of untried new designs is no place for small utilities with no nuclear construction experience to risk their customers' money," former NRC Commissioner Peter Bradford said during the briefing.

While Bradford has been a critic of nuclear power, the association said it has no position on nuclear energy.

Webb said the first module is now expected to be operational in June 2029. Previously NuScale had targeted commercial operation of at least one reactor module in 2027.

Webb said UAMPS members do not need electricity generated by the project until after 2030. Also contributing to the new schedule was a determination that the plant could use air instead of water to condense steam, which necessitated a design change, Webb said.