According to popular lore, you have to kiss a lot of frogs before you find your handsome prince. 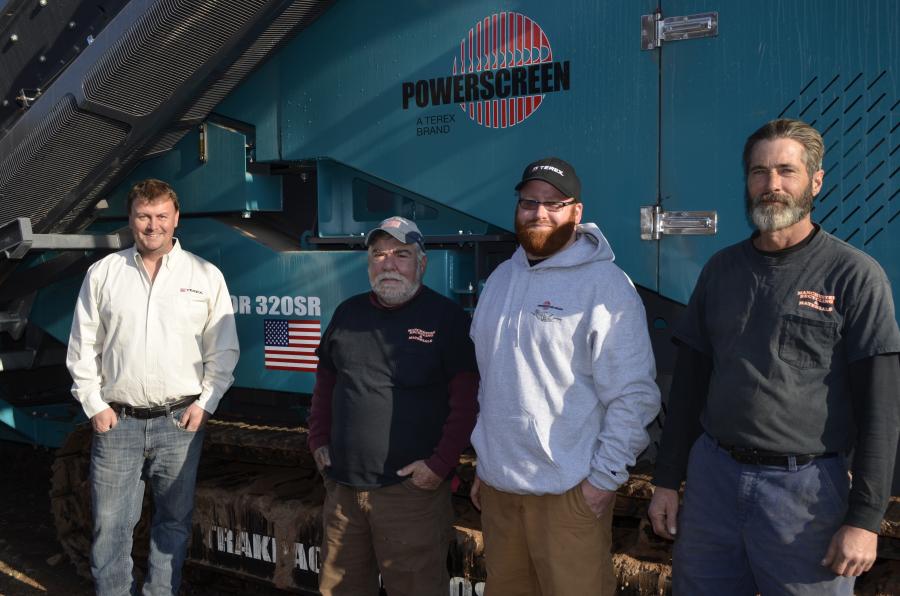 According to popular lore, you have to kiss a lot of frogs before you find your handsome prince. In the case of Manchester Recycling & Materials, the frogs were the various types of crushing and screening equipment it has owned over the years. The prince? It's Powerscreen equipment.

Manchester Recycling & Materials was originally founded in Manchester, Conn., and recently relocated to Hartford, Conn. The company's motto is “The Greatest Topsoil on Planet Earth” and since 1998 it has been providing top quality organic screened topsoil, stone, mulch and more for Connecticut area contractors and landscapers. It also specializes in recycling construction materials, including concrete, brick and asphalt, either on site or in its yard, depending on the needs of the contractors.

President Michael Maglieri started his career mowing lawns with his father in the 1970s. In 1998, he began investing in crushing and screening equipment.

“We had a yard where we accepted recyclable material and sold topsoil. We've always prided ourselves in creating a high quality product and the result has been a steady growth in business. When we first started out most of our recycling projects were in our yard and we bought some older equipment that we could afford at the time to get started with,” Maglieri said.

“Initially the mobile machines we purchased were fine machines; however, they were designed for low volume. Today we get involved in some significant onsite processing jobs and the demand for a very mobile machine with easy setup and teardown drove us to once again upgrade our fleet.”

“We worked with Powerscreen New England in the past and their owner, Seamus Sheelan, when we purchased our Premiertrak topsoil processor. What he and Graham Wylie, their sales representative, showed us with the Trakpactor was very impressive. Setup of the machine is incredibly easy. It's all hydraulic and literally takes just a moment. Flexibility is another big plus. The plant features a quick detach post screen session, which converts it to a standard Trakpactor 320. We can use the machine to just crush or to crush and screen.”

Adjusting the machine for various materials is done hydraulically, which is a tremendous time saver, according to Maglieri. The crusher also has hydraulic overload protection and an under pan feeder, which protects the belt from rebar damage

“The Powerscreen Trakpactor 320 has been out for a while, but this year we saw some of the modifications put in place that this machine reflects and the end result is very impressive,” Wylie said.

According to Maglieri, Manchester Recycling has not yet been able to max out the Trakpactor's capacity.

“We have had this machine for a short period of time and we have not been able to feed it faster than it can process. Recently we processed 8,000 yards in just six days. The contractor we were working for was so amazed he started bringing people in to look at it.”

Maglieri also is pleased with the power plant, a 350 hp Scania Tier IV stage 3B engine.

“Our primary objective was quick move time, quick setup time and the ability to process 1,000 yards of material a day. Powerscreen has delivered on all of that.”