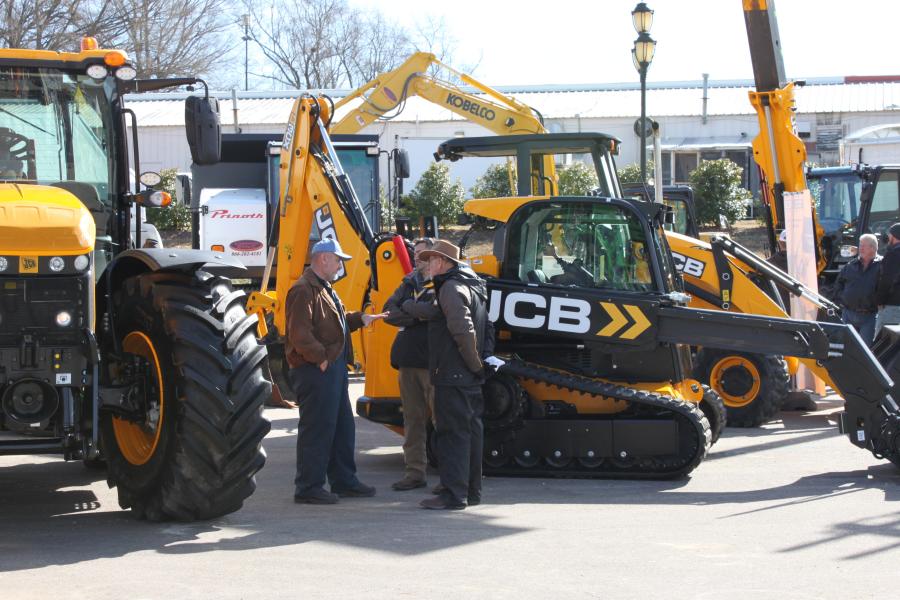 (L-R): A visitor at the annual Southern Farm Show speaks with Rick Cuozzi and Billy Wall of Company Wrench. Every year, contractors enjoy the opportunity to see a variety of construction equipment at the show.

It started years ago, when one of the major tractor lines brought along some construction equipment to exhibit at the annual Southern Farm Show in Raleigh, N.C. Show manager David Zimmerman recalls meeting the construction representative who told him, "All my best clients are here. I thought this was a farm show!"

That year, Zimmerman discovered two things — first, that many farmers perform grading, excavating and land-clearing work as their main or side job; and second, that many construction professionals grew up on a farm, and while they are now in construction, they still have land, or they just like to visit the show to keep up with agriculture. 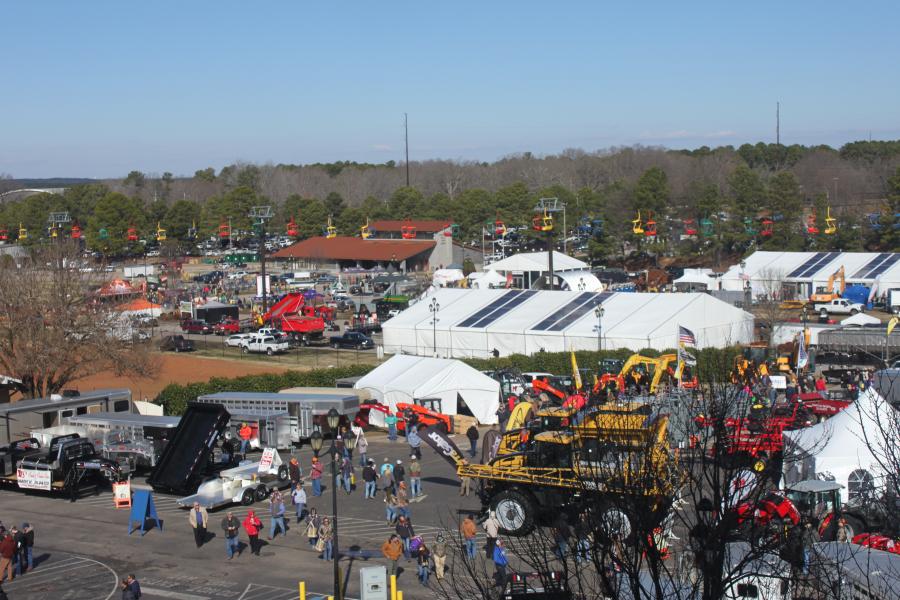 As a result, the Southern Farm Show has the largest annual display of construction equipment to be found in the Carolinas and Virginia. And with more than 400 exhibitors covering most of the North Carolina State Fairgrounds, it's also the largest trade show of any type in the three states.

All the major agricultural lines at this year's Southern Farm Show will also feature their construction equipment.

Forestry equipment companies on hand will include FAE, Fecon, Loftness and Seppi, and there also will be plenty of construction attachments to be discovered at the show, with companies including Construction Implements Depot, Loflin Fabrication, Rut Manufacturing and Tractor Tracs.

The 2019 Southern Farm Show will be held Jan. 30 to Feb. 1 at the North Carolina State Fairgrounds, Raleigh.