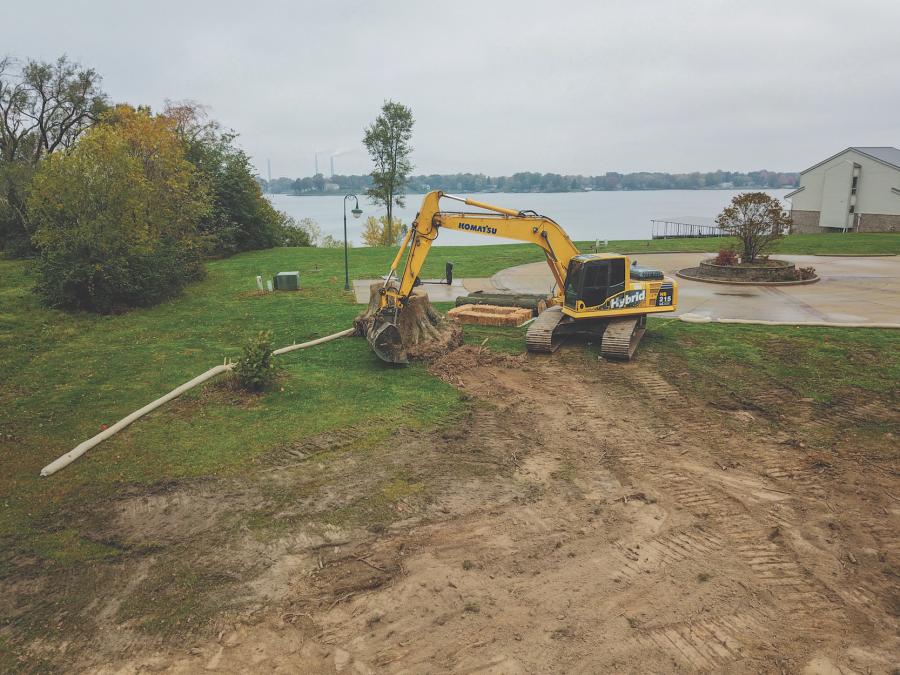 Operator Michael Chandler uses one of Professional Excavating’s Komatsu Hybrid HB215LC-1 excavators to move a nearly 4,000-pound stump as he preps a site before digging a basement.

John Gardner loves big machinery. Growing up on a farm he was surrounded by it, and he thought it would remain that way once he fulfilled his dream of becoming a farmer. However, the industry changed dramatically as he got older, and he needed a new plan. Gardner decided to go to college and become a diesel technician, thus allowing him to work on heavy equipment and satisfy his passion. It just wasn't the same.

“I realized quickly that I enjoyed being outside and operating the machines more than working on them,” he admitted. “I stuck with it for a few years, but when I had an opportunity to go to work for a local excavating contractor, I jumped at it. After six years with him, I felt confident enough to go out on my own.”

In 2005, Gardner opened Professional Excavating in Ashland, Ill., and focused on digging basements. As the economy slowed in 2008, the young business needed to add services in order to survive. To do that, Gardner just began saying, “Yes.”

“We had customers ask if we could do other jobs,” recalled Gardner. “I responded, 'Yes, we can install sewers. Yes, we can do septic tanks.' Anything that could complement our original business – mainly residential construction — we did. I would have been perfectly happy digging basements, but I needed to stay busy and generate revenue.”

While many large, established companies were forced to shut their doors or reduce staff numbers, Gardner thinks that being new and small was a benefit for Professional Excavating.

“We didn't have a lot of employees, and we weren't locked into a certain type of work,” he said. “I was fortunate to have some loyal customers, a great banker and a good equipment dealer in Roland Machinery behind me. That got us through it.”

In order to operate successfully with a small staff, Professional Excavating needs equipment that it can trust to run efficiently every day. To do that, it deploys a fleet of Komatsu hybrid and intelligent Machine Control equipment from Roland Machinery.

“We've used Komatsu equipment from Roland from the very start,” noted Gardner. “We trust the Komatsu brand and know that Roland will back it up with stellar service. Roland has always treated us like their most important customer, even at the beginning when I was one guy looking for one machine. I've never forgotten that.”

The relationship led to the formation of a cutting-edge fleet for Professional Excavating. In 2012, Gardner purchased a Komatsu Hybrid HB215LC-1 excavator. It was the input and backing from Roland that convinced Gardner to select the unique machine.

“I'll admit that I was skeptical of the hybrid technology, but I'm happy I trusted what Roland told me,” recalled Gardner. “We get the same performance from the HB215 that we would have from a similar standard model, and the fuel savings are significant. This is a fast machine, and it's so quiet that we thought it wasn't working right in the beginning. It's been great.”

Gardner liked his original HB215 so much that he purchased a second one two years later. He increased his advantage even further in 2015 when he bought a Komatsu intelligent Machine Control D61PXi dozer with integrated GPS technology. 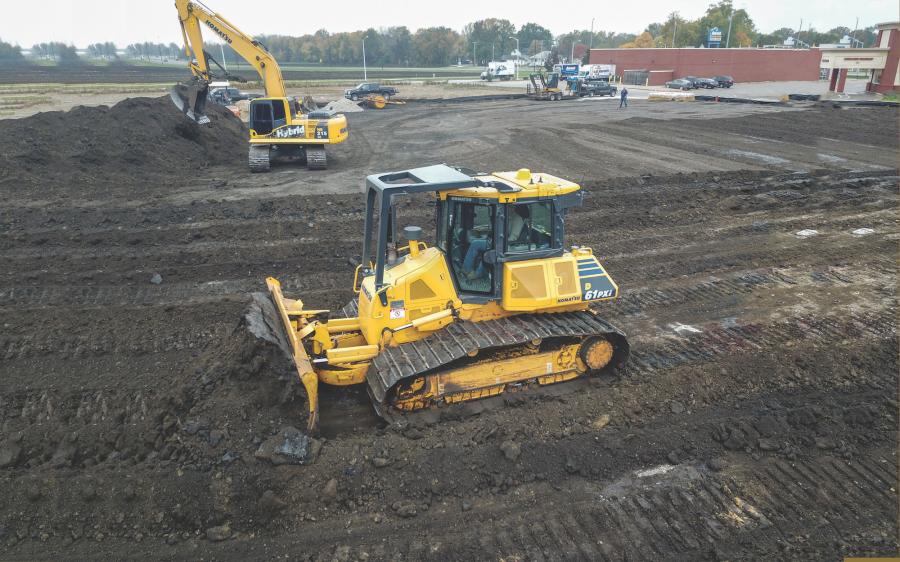 “Getting the D61PXi was a no-brainer for us,” stated Gardner. “We had aftermarket systems before, so we knew the value of GPS, but the integration of the technology and how it all works together on the D61PXi is a whole other level.

“Most importantly, it allows us to be a lot more efficient,” he added. “The D61PXi totally eliminated our need for someone checking grade. Now that person can be in a machine doing work. I think a lot of people assume this technology is for large businesses, but it is a huge benefit to us, and we are a company of just three people. It was well worth the investment.”

With the advanced technology in his fleet, Gardner trusts Roland to service his equipment. “Every time we needed something, Roland has been on top of it. From Jay Germann, our original salesperson, to Sales Manager Chris Ingram and our Territory Manager Matt Lounsberry, the people at Roland have always been first-class. We appreciate their commitment to us.”

With a solid reputation and an efficient operation, Gardner is pleased with Professional Excavating's first 12 years in business. He hopes the years to come follow a similar path.

“I really like where we are at right now; it's the right fit for us,” explained Gardner. “I don't see us growing too much. I like having a small crew and the family-like atmosphere it brings; however, I do see us continuing to add services that make sense. We want to deliver high-quality projects for our customers. That will always be our main goal.”