Project Offers Rare Look at What Lies Beneath Hwy. Surface 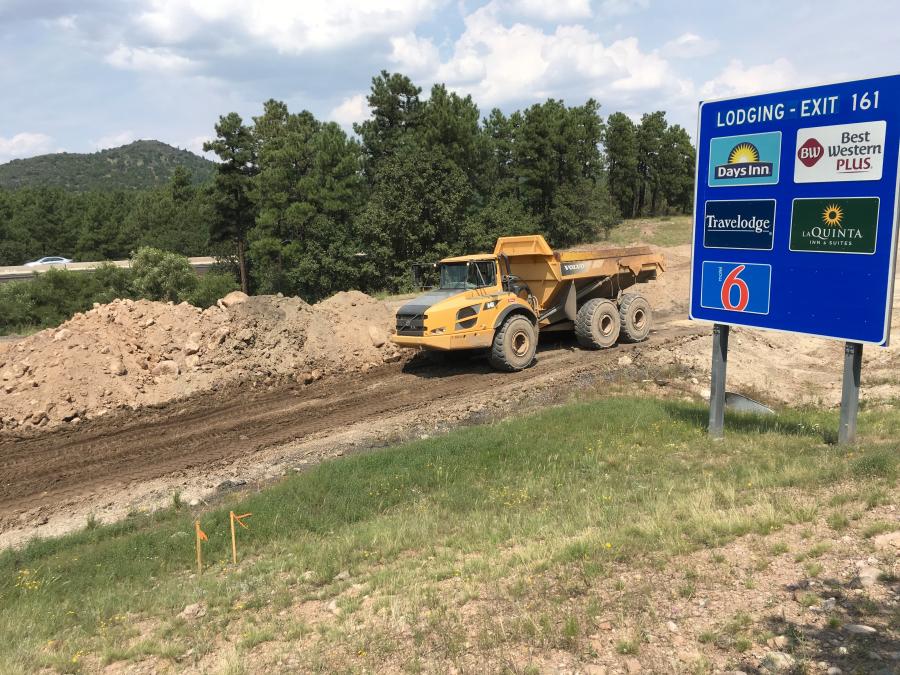 Rather than milling off the top layer of pavement and installing a new surface, work occurring in eastbound lanes between mileposts 156 and 161 is rebuilding the roadway from the ground up. (ADOT photo)

A project under way on Interstate 40 just west of Williams offers a rare opportunity to see what lies beneath at least some of the seemingly endless miles of roadway in the state highway system.

Rather than milling off the top layer of pavement and installing a new surface, work occurring in eastbound lanes between mileposts 156 and 161 is rebuilding the roadway from the ground up.

This stretch, at an elevation of about 6,700 ft., has taken a beating from truck traffic and frequent freezing and thawing in winter. That led to cracking, potholes and, now, a $33.9 million improvement project.

So what lies under that road surface other than the ground?

In this case, it begins with bits of what's being replaced. A rock crusher breaks concrete that was part of the old roadway into small pieces that serve as a base layer of aggregate 8 in. deep.

Next up is a 4-in. base of asphalt the full width of the roadway, topped by 14 in. of grooved concrete for the travel lanes. Asphalt 18 in. deep goes down for the shoulders.

To accommodate construction in the eastbound lanes, both directions of travel are using the westbound lanes, separated by a concrete barrier.

With the eastbound work scheduled to end by winter, crews will return in the spring to rebuild westbound lanes. While a portion of the westbound stretch will be rebuilt from the ground up, the majority will be topped with 14 in. of concrete in the travel lanes and 14 in. of asphalt on the shoulders.

“ADOT is making a huge investment to improve the roadways to make sure travel is safe and efficient, to maintain the commerce corridors and get people where they need to be,” said Brenden Foley, ADOT's senior resident engineer in charge of the project.

What makes up a particular stretch of highway depends on local conditions. In this case, the clay soil and remote location have a lot to do with the aggregate base topped by asphalt topped in turn by concrete.