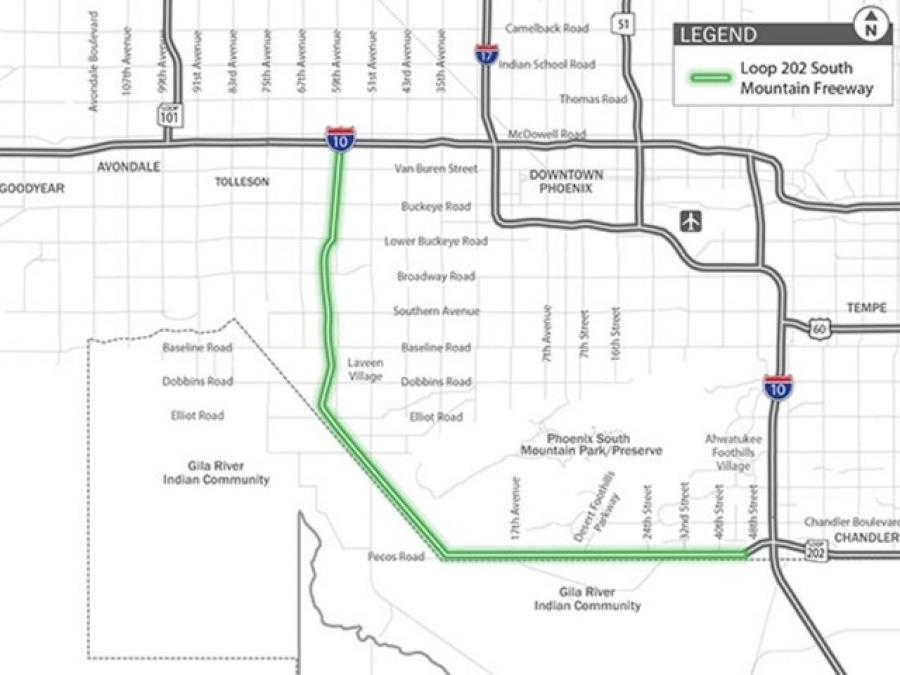 Those in the community view the disturbance of moving ancestral graves as destruction of sacred heritage sites (Arizona Department of Transportation photo).

The motion, filed on Friday, indicates there will be permanent harm to the Community if the freeway is built.

"The Community very much hopes that this construction is halted immediately, before permanent harm comes to South Mountain, or Muhadagi Doag in our culture," said Gila River Indian Community Gov. Stephen R. Lewis.

Those in the community view the disturbance of moving ancestral graves as destruction of sacred heritage sites.

ADOT released the following statement to ABC15: "The data recovery process has identified cultural resources at these sites, which are all north of the Gila River Indian Community in the City of Phoenix. ADOT and FHWA have engaged in extensive consultation with the tribal historic preservation officer to ensure that all archaeological and cultural resources are afforded appropriate care."