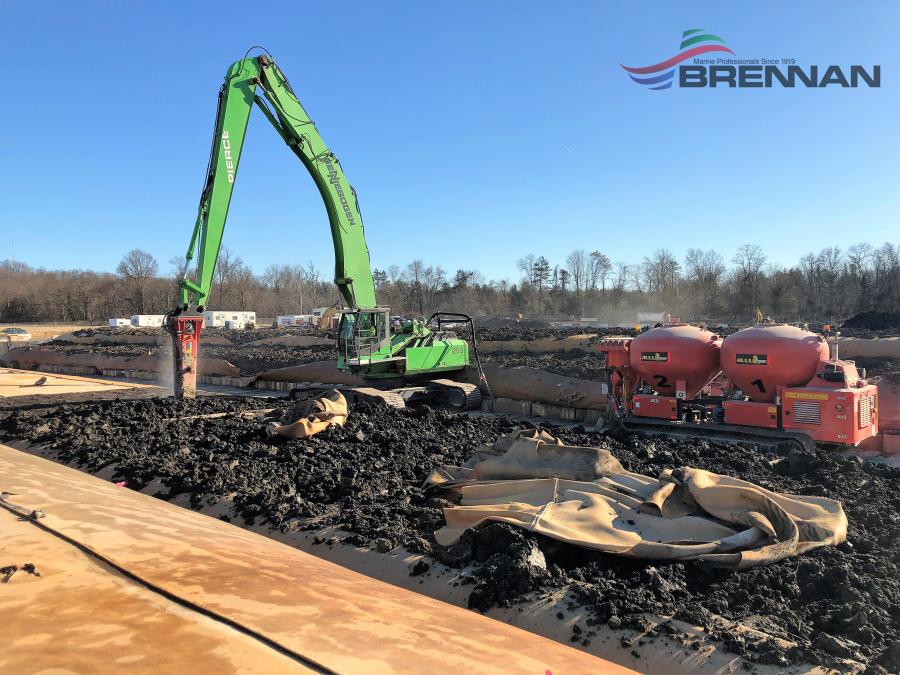 As part of an effort to improve water quality and restore the Raritan Canal’s original carrying capacity, crews in New Jersey are relying on ALLU equipment to carry out the crucial work of sediment amendment with Portland cement. (Brennan photo)

Dredging has resumed in the Delaware and Raritan Canal, with the current season expected to run through the end of October. As of May 1, the canal was closed to boaters between the Walking Bridge and Griggstown Lock, to accommodate work in Reach 3. The next segment to be dredged in 2019 will be Reach 5 from July to October, between Griggstown Causeway and Blackwells Mills Causeway.

"The canal functions as a means to transport water and as a reservoir, and is part of the Raritan basin water supply system, providing source water to millions of central New Jersey residents," said Julie Shelley, property and permit administrator of the New Jersey Water Supply Authority (NJWSA), which is responsible for maintaining the canal. "One hundred million gallons per day is diverted from the Delaware River to the canal. Dredging will improve water quality and restore the canal's original carrying capacity by removing accumulated sediment, aquatic vegetation growth and debris." 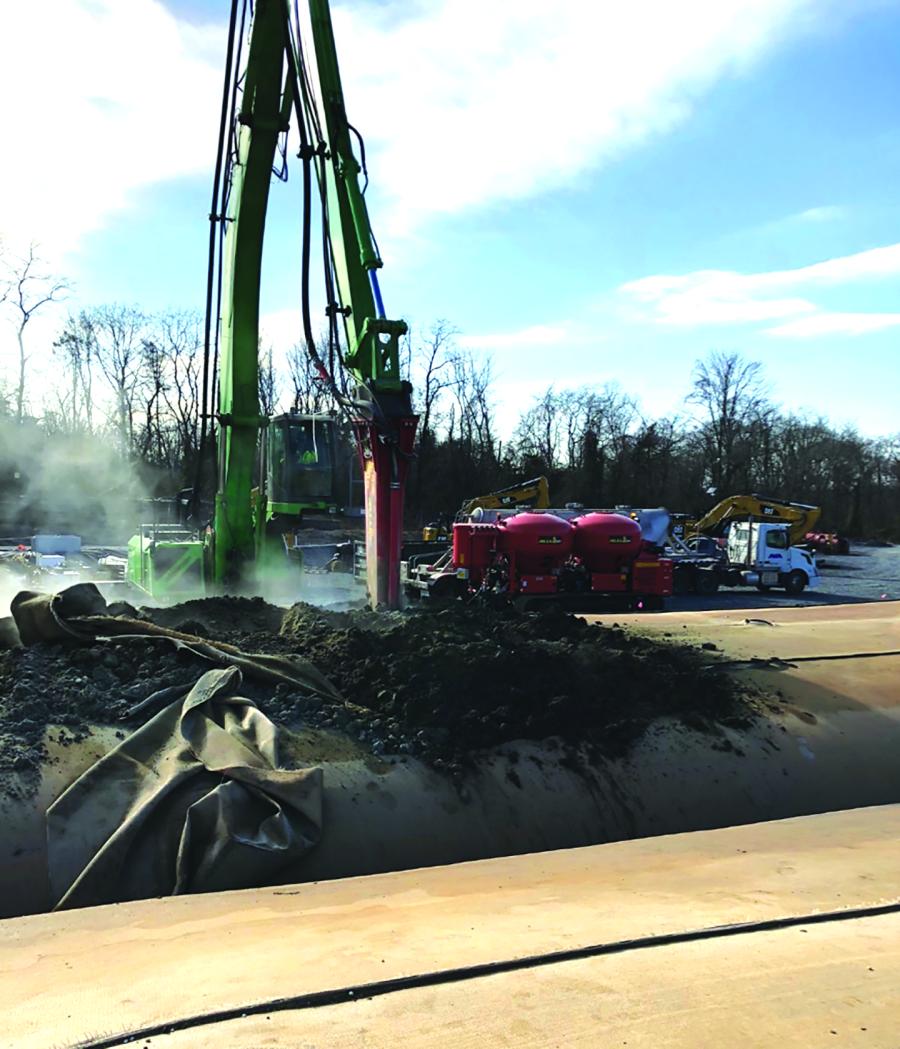 A more than 10-mi. section is being dredged, located between Route 27 (Kingston) and Amwell Road (East Millstone), all within Franklin Township, Somerset County.

"The canal is 60 miles long, and this stretch of it has never been dredged in the 82 years that the state of New Jersey has owned it. The canal's storage capacity in this stretch has become hampered as a result of the accumulated sediment and associated aquatic vegetation growth."

According to the NJWSA website, the canal is fed by the Delaware River and smaller streams, channels and other runoff sources. Sediment from road and land runoff is deposited in the canal, decreasing its water storage capacity. Periodically, the sediment needs to be removed to restore the canal's original capacity.

"Executing a big project like this in the midst of all the complexities associated with the ‘construction site' is quite a challenge," said Shelley. "So far, approximately one third of the project has been completed. Three-and-a-half miles out of 10.5 miles have been successfully dredged."

According to Sharmila Rahman, NJWSA project engineer, site preparation began in March 2018, with tree clearing/trimming at the staging area and five access areas, where dredges are placed into the canal with a crane.

"In-water work, which includes removal of submerged aquatic vegetation, debris and dredging, began in July of 2018. We expect three years of seasonal dredging activities and full completion of the project by the beginning of 2021."

Rahman said the logistics of the undertaking require year-round work and oversight. 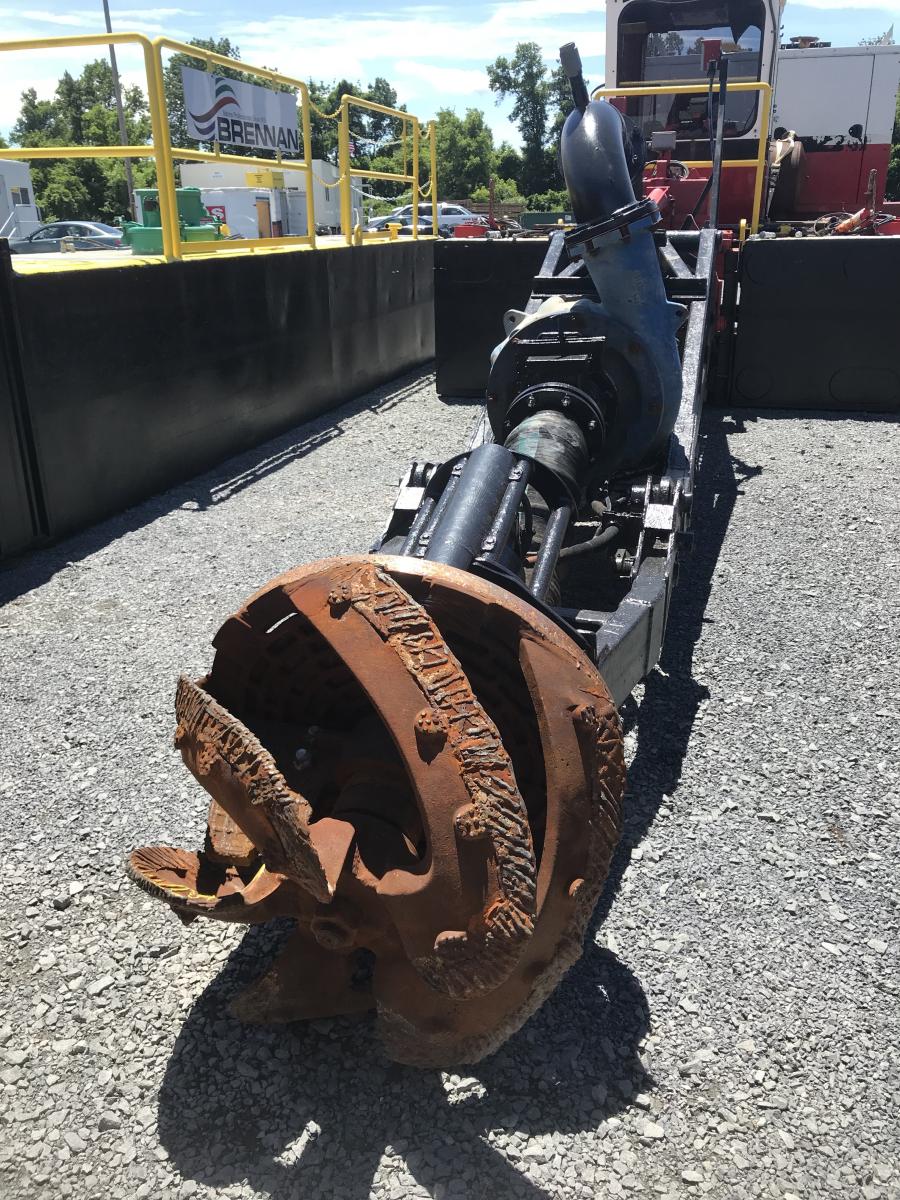 "After the 2018 dredging season, which ended in November, produced 50,000 cubic yards, or 76,000 tons, of sediment, the material was allowed to dewater for a period of time. The material needed to be mixed with cement to reduce the moisture content and improve handling for the end-user before it could be hauled."

Hauling began in December 2018, and continued through the end of March, followed by preparation for the next dredging season.

As far as the biggest challenges on the project, said Rahman, "The timing restrictions for different species have created short windows for specific operations. The dredging window is so constrained that any unforeseen situation, especially weather, could delay the project."

The most time-consuming part of the work involves hydraulic dredging. It is a slow process, with only 100 linear ft. of canal per day per dredge accomplished, on average. As part of the work, sediment is amended with Portland cement and trucked to an offsite facility for reuse, with the drained water returned to the canal after treatment.

"It takes four to six weeks for sediment to dewater," said Rahman. "The geotextile sediment storage bags are then cut open and cement is then added to the sediment with an ALLU system that conveys dry Portland cement from the silo to the sediment and also mixes the cement with the sediment at the same time. After mixing in the cement, the sediments are loaded with excavator mounted clam shell buckets into triaxle dump trucks. This past winter approximately 2,700 dump truck loads transported 76,000 ton of amended sediment off site."

The canal is listed on the National and State Registers of Historical Places, requiring NJWSA to engage a cultural resource consultant to monitor the project. 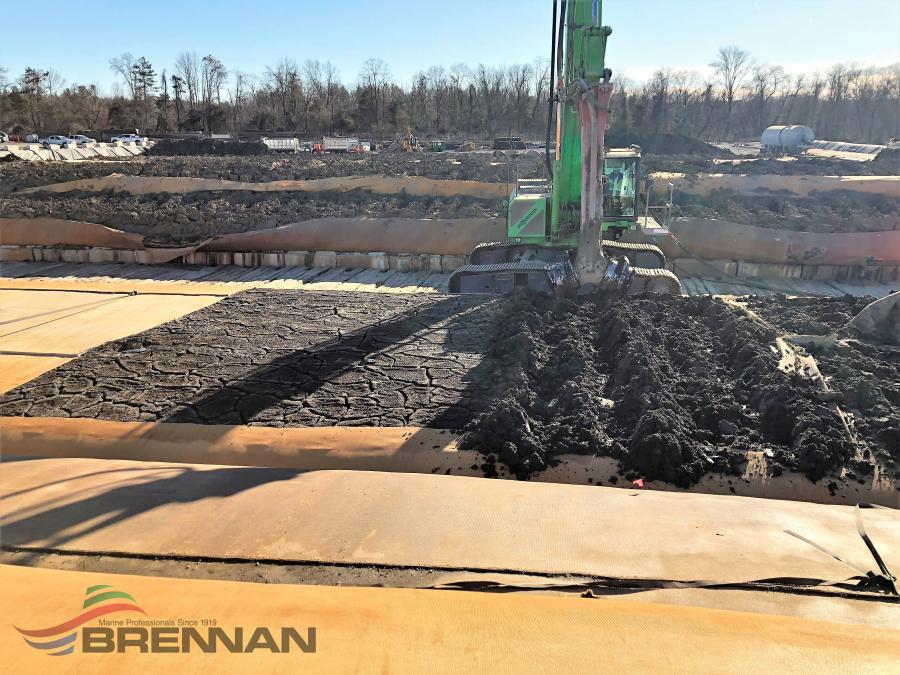 "Further, the dredge is not allowed to operate within ten feet of any known historic structures. In addition, the dredge operators were all trained in how to monitor for historic artifacts, and how to preserve if any artifacts were found during the dredging."

"It is a unique project, which involves engineers, environmentalists, cultural resource consultants and construction managers," said Marc Brooks, NJWSA chief engineer, who noted that the original canal prism was constricted to the point where it was negatively affecting the ability to transfer water.

The design called for approximately 248,000 cu. yds. of material to be dredged from the canal.

To build the staging and sediment dewatering area, approximately 33,000 cubic yards of soil and weathered bedrock were handled to create a shallow sloping dewatering pad on the side of a hill, which included import of 27,000 tons of gravel for geobags to be placed on and helps convey water to the settling sumps.

"Geotextile and an HDPE liner was used to cover the entire eight-acre staging area, and create an impervious barrier to contain the water after draining from the geobags that contain the dredged sediment," said Brooks. 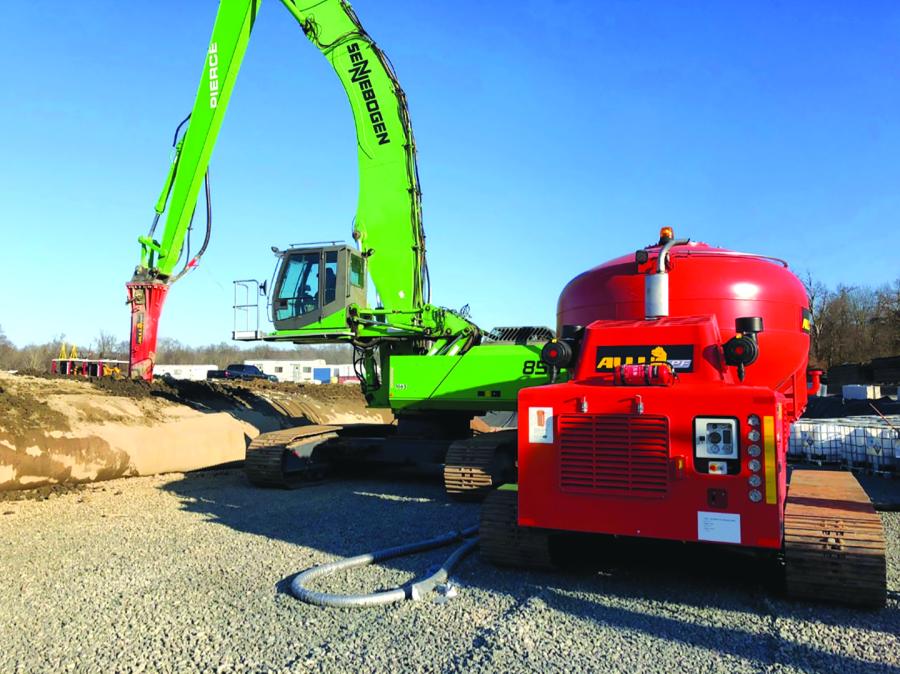 Slurry is conveyed via booster pumps and floating pipes to the geo-textile dewatering bags. Before entering the bags, polymer dosages are applied to expedite flocculation and coagulation of the sediments in the geobags.

"All the drain water from the geobags is collected in dewatering sumps," said Brooks. "At the sumps, ferric chloride is applied to the collected water, so that the rest of the sediment in the drained water can settle out in the sumps. Then the water is pumped back to the canal from the sumps via a 75 hp pump and discharge pipe."

During periods of active dredging, the portion of the canal being dredged is shutdown to boaters, although it was only closed during the tree trimming that lasted for roughly a week, but generally not more than 1,000 ft. at a time.

All the maintenance work, mobilization and demobilization of barges, dredges and pumps was accomplished from the access areas, which are situated on the opposite side of the canal from the towpath. Based on an agreement with Franklin Township, trucks are only allowed to haul material in the immediate vicinity of the staging area after the morning rush hour and before the evening rush. All trucking near the staging area must take place from 9:00 a.m. until 3:30 p.m., Monday through Friday only.