Rebuilding of Church Lost in 9/11 Attacks to Resume 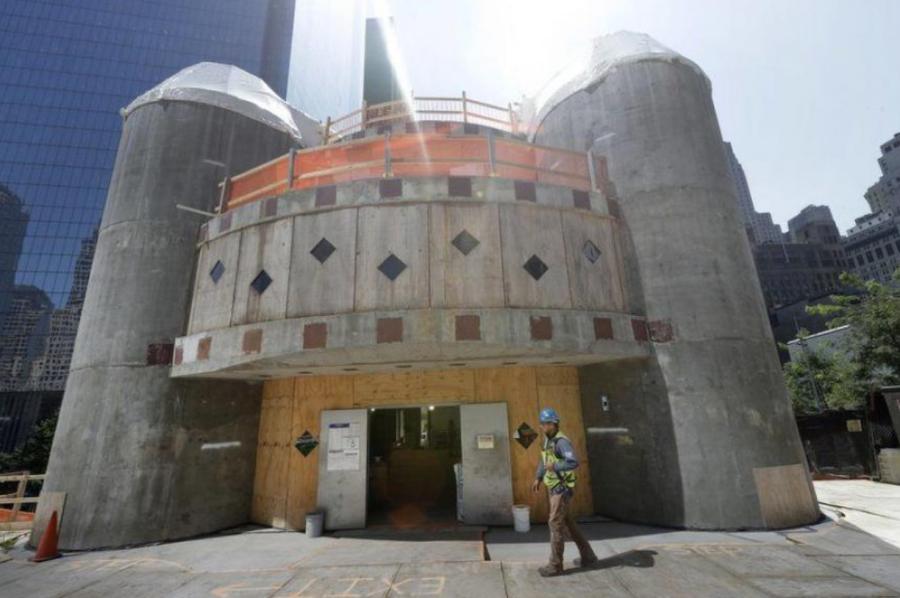 Construction company Skanska U.S.A. halted work on the church in December 2017 when the archdiocese ran out of money to complete the project. The half-finished church has been covered in white tarp since then.

NEW YORK (AP) Two years after a lack of funds halted construction of a marble-clad Greek Orthodox church at New York's World Trade Center site, Gov. Andrew Cuomo and Greek Orthodox officials announced plans to resume construction with the goal of finishing the rebuilding by the 20th anniversary of the terrorist attacks of Sept. 11, 2001.

The completed St. Nicholas Greek Orthodox Church and National Shrine at the World Trade Center, designed by Spanish architect Santiago Calatrava, will welcome visitors from all faiths while also replacing an Orthodox church that was buried in the rubble of the trade center's south tower.

"This house of worship will serve as a reminder that our collective faith is something we can always count on to move past our painful memories and build a better tomorrow," Cuomo said in a statement.

Archbishop Elpidophoros, the head of the Greek Orthodox Archdiocese of America, pledged that the rebuilt church will be "open to all women and men of goodwill who wish to honor the memory of all who perished on Sept. 11."

The cost estimate of the church just south of the rebuilt trade center's memorial pools has ballooned from $20 million when the design was announced in 2013 to $80 million, of which $40 million remains to be raised, said the Rev. Alex Karloutsos, vicar general of the archdiocese.

Construction company Skanska U.S.A. halted work on the church in December 2017 when the archdiocese ran out of money to complete the project. The half-finished church has been covered in white tarp since then.

"We have a full understanding of the cost and we have a construction manager named," he said. "We're going to be very transparent and accountable."

The design for the church by Calatrava, also the architect responsible for the trade center's bird-shaped Oculus train hall, features a central dome flanked by towers like the two Byzantine shrines that inspired it, the Hagia Sophia and the Church of the Holy Savior in Chora. The concrete structure will be sheathed in marble, and its dome will be lighted from the inside at night.

Officials with the archdiocese have acknowledged financial mismanagement during the tenure of the previous archbishop, Demetrios, who recently retired last year at age 91.

The new archbishop, Elpidophoros, said last June when he was installed as the first new leader in 20 years for the 1.5-million Greek Orthodox worshipers in the United States that completing the St. Nicholas shrine at the World Trade Center was his top priority.

Elpidophoros and Cuomo said an independent 13-member board called Friends of St. Nicholas will lead the fundraising effort to complete construction. The board will be chaired by Greek-American businessman Dennis Mehiel, former chairman of New York's Battery Park City Authority.

Elpidophoros led a ceremony at the shuttered construction site on Dec. 6, St. Nicholas' feast day, calling the rebuilding of the church "the single most important public affirmation of our Orthodox faith in our American nation" since the late Archbishop Iakovos marched with the Rev. Martin Luther King Jr. in Selma, Alabama in 1965.