Reconstruction Along I-90 in the Heart of Idaho's Silver Valley 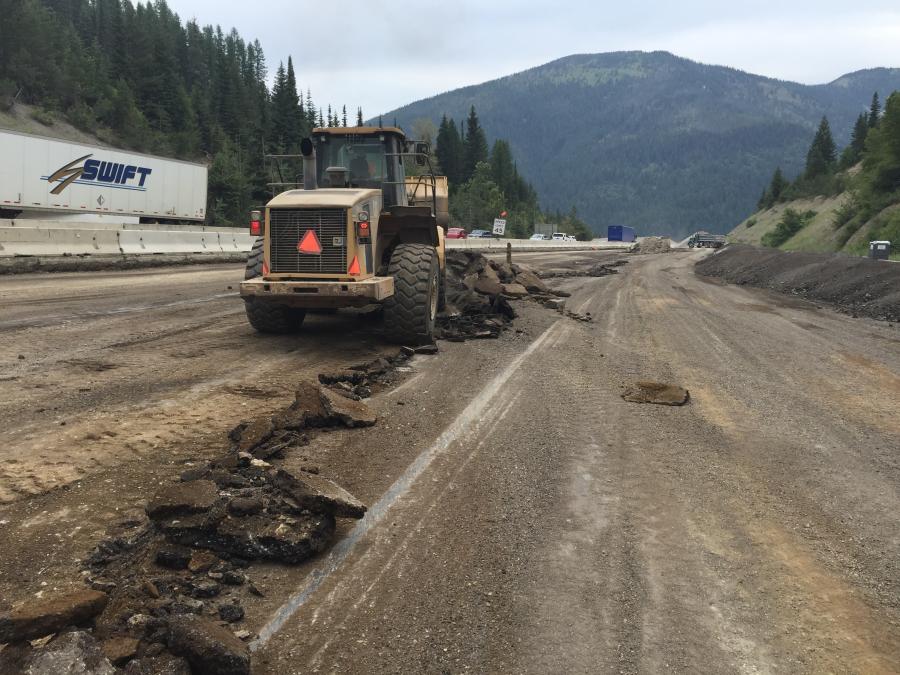 The small town of Mullan in Shoshone County, Idaho, marks the start of a 4.5-mi. reconstruction project along I-90 extending east to the Idaho/Montana state line. By the 1980s, this area known as the Silver Valley, had produced more than a billion ounces of silver, 3 million tons of zinc, and 8 million tons of lead, totalling more than $6 billion in value, ranking the valley among the top 10 mining districts in world history, according to the Spokane Daily Chronicle.

N.A.Degerstrom Inc. of Spokane Valley, Wash., began work in the fall of 2014 with the bridge overlay in the westbound lane of I-90. Work continued with traffic reductions to a single lane in each direction, utilizing crossovers where necessary.

Prime Contractor ACME Concrete Paving of Spokane headed up the paving, using 50,000 sq. yds. of asphalt. Frank Gurney Inc., also of Spokane, worked on all guardrail metal and concrete, crash attenuators, delineation and snow poles. Zannetti Brothers, based in Osburn, Idaho, hauled out 82,000 cu. yds. of excavation and hauled in base. Scarsella Bros Inc. of Kent, Wash., was responsible for removal of obstructions, bituminous and concrete, all drainage, dirt work, runaway truck ramp repairs, slope repair, and ¾ base placement.

The roadway was fully opened in mid-November with some miscellaneous change order work to resume in spring of 2017.

The Idaho Transportation Department (ITD) made accommodations to minimize delays and traffic interruptions.

“Don's Towing Service was staged on the project 24/7 due to our single lanes placed in between porta rail. This assured traffic delays would be 15 minutes or less,” said Chris Williams, ITD transportation principal.

The town saw an uptick in business with ITD employees and out-of-town contractors renting houses, hotels and RV spots, as well as frequenting local restaurants and gas stations for the two years of construction.

During the 1970s, nearly half of the nation's silver production came from the Silver Valley. While mining still plays a part in the local economy, there has recently been a shift to outdoor recreation, tourism and light manufacturing.

The Idaho Department of Environmental Quality (DEQ), the U.S. Environmental Protection Agency (EPA) and partners have designated the Valley a “Superfund” site to clean up all the heavy metals from the smelters. Superfund is a United States federal government program designed to fund the cleanup of sites contaminated with hazardous substances and pollutants. It was established by the Comprehensive Environmental Response, Compensation, and Liability Act of 1980 (CERCLA).

“It makes working in the Valley a little more stringent than most areas,” said Williams, but despite any delays caused by the Superfund site, ITD and contractors pulled together to complete the project on time.