Rehabilitation of Bridge Over Route 1&9 Begins in New Jersey 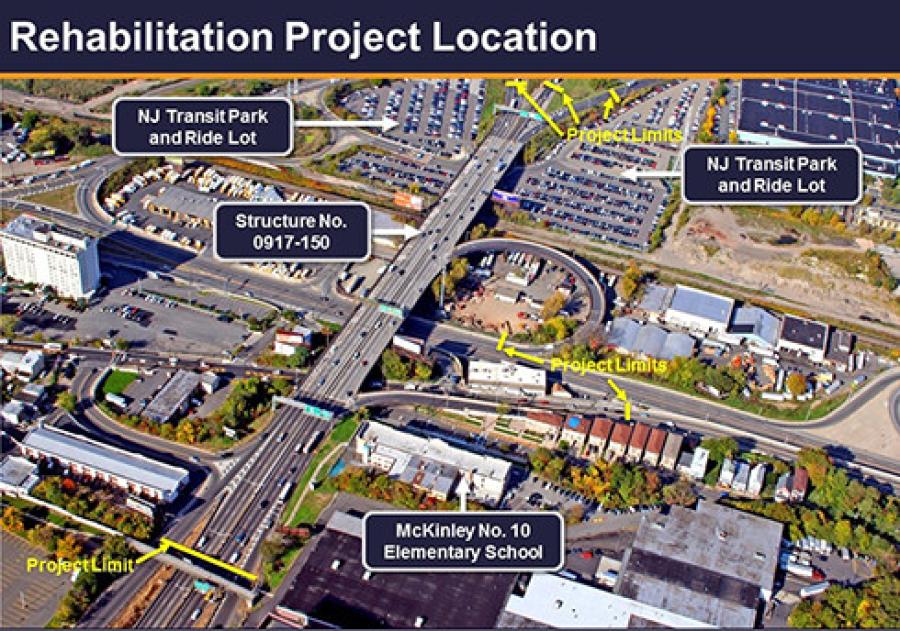 New Jersey Department of Transportation (NJDOT) officials announced the lane closures necessary as part of the rehabilitation of the Route 495 Bridge over Route 1&9 and Paterson Plank Road in North Bergen are expected to begin in mid-August.

The work is scheduled to start on Aug. 10, with the closure of the 31st Street ramp from Kennedy Boulevard to Route 495 westbound, with traffic detoured onto Patterson Plank Road.

A week later, on Aug. 17, one lane of Route 495 in each direction will be closed, limiting the roadway capacity and causing severe congestion. NJDOT will provide more detailed information as the start of the lane closures nears.

The exclusive bus lane (XBL) will remain operational during construction. This construction is expected to last for about two and a half years while the entire bridge deck, parapets, light fixtures, guiderail and drainage are replaced. The entire project is expected to be completed in summer 2021.

The $90.3 million state-funded project began in September 2017 with local street improvements. The work in the first phase, which was necessary before the lane closures could be implemented, has been taking place under the bridge and along the Paterson Plank Road–Union Turnpike corridor.

The project to rehabilitate the nine-span viaduct includes repairs and reconstruction of the bridge deck, replacement and strengthening of deteriorated structural steel, and the repair and painting of the substructure. Construction will be accomplished in stages by first making improvements to local streets in the surrounding areas that will need to handle some of the diverted traffic during bridge construction.

NJDOT created a project-specific website — RestoreNJ495.com — which contains a wealth of information about the Route 495 Bridge rehabilitation, and will be updated with relevant new information as work progresses. The Department is carefully coordinating the Route 495 Bridge rehabilitation project with other regional transportation infrastructure projects to minimize traffic congestion.

NJDOT will be using Variable Message Signs to provide advance notification to motorists of traffic pattern changes associated with the work. The precise timing of the work is subject to change due to weather or other factors.