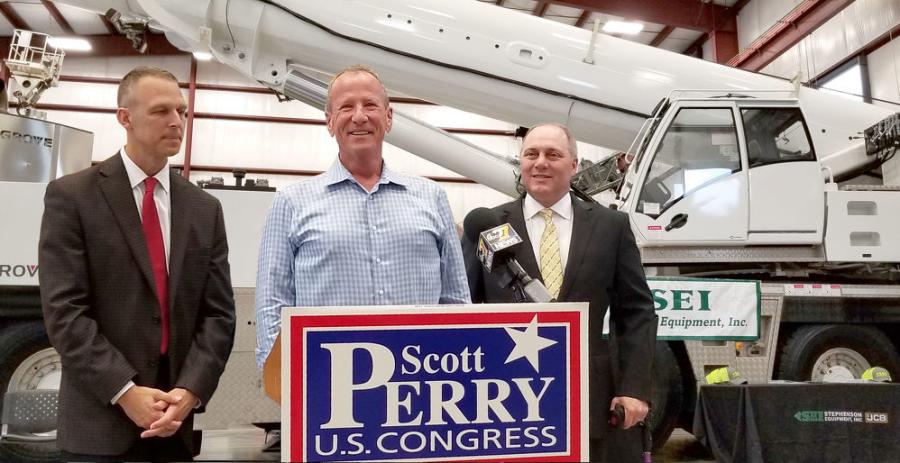 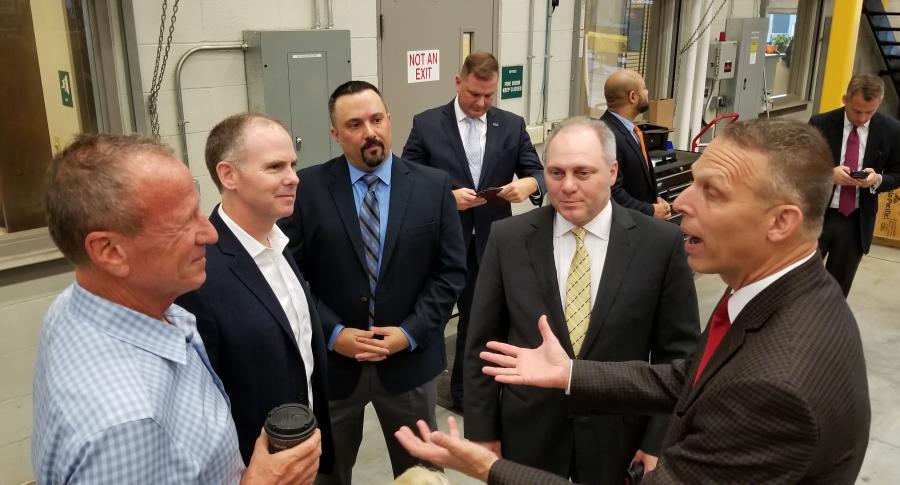 Dennis Heller, CEO of SEI, introduced the representatives saying, “We are so excited for the last two years of the current administration and what it has done for our business, our economy and our employees. We've got lower tax rates, bonus depreciation, highway projects, consumer confidence, and low unemployment. [SEI] has created 20 new jobs that have come out of the robust economy that the current administration has created.”

Perry is a part of the Transportation and Infrastructure Committee in Congress and plans on making the country's infrastructure and highways a top priority. He pointed to the increase in spending on our infrastructure and construction projects as a sign of these policies working and benefitting the industry and all U.S. citizens.

Standing in front of a Grove GMK5275 all-terrain crane that SEI had recently sold, Perry praised the economy saying, “Nobody is going to buy this piece of equipment without knowing and having some confidence that there is business in the future that is going to keep this thing out on the street.”

Scalise added, “It's good to see that more of these are getting out on the road because every one of these means more jobs.”

Scalise lauded the current administration's policies that have given, “more opportunities to people that for years had given up on work. We're seeing right now some of the best economic news in the history of the country,” and added, “We need to keep growing our economy.”