Retraining Vs. Recruiting in the Times of COVID 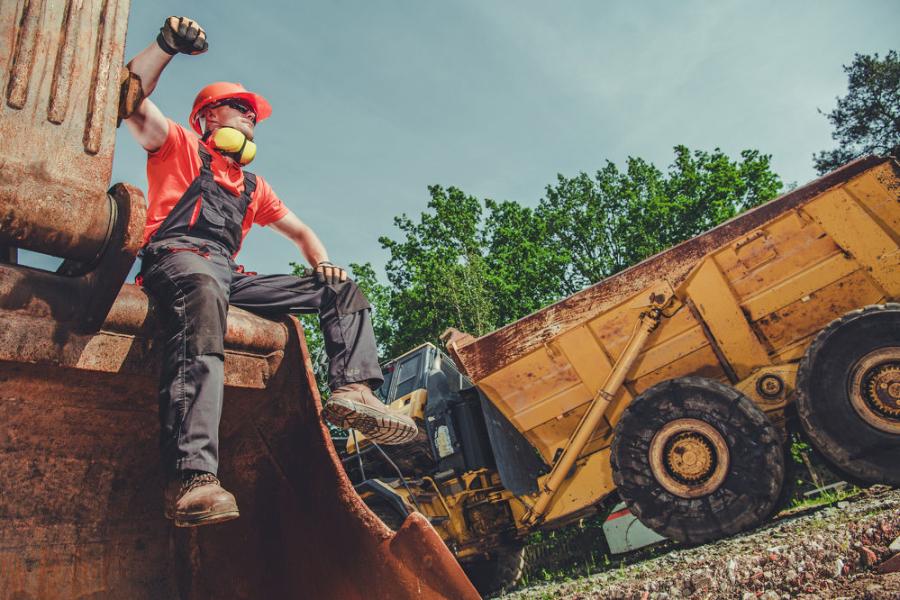 Employing skilled labor is a process: Identifying potential workers, recruiting them and training them.

The industry has dedicated resources to attracting junior-high and high-school students for careers in construction. But there are whole groups of adult workers whose career fields have changed or jobs have disappeared. The recruiting focus for some construction contractors is now on retraining people with skills that transfer well to construction work.

Displaced workers in fields such as farming and mining, as well as industries negatively affected by the COVID-19 virus, are looking for new career tracks. They may not realize the skills they've learned in their respective fields can help them land a long-term job in construction and fill construction labor gaps at the same time.

Most of the people who come to Carrolton, Ga.-based Crane Industry Services (CIS) for retraining have some type of craft skill or construction background, said trainer and inspector Noel Whelchel.

"They want to be able to operate the equipment, so they're not necessarily coming from an entirely different industry," he said.

There also are people who for one reason or another are transitioning to a dramatically different lifestyle. Returning members of the military are looking for new careers. Likewise, those coming out of the criminal justice system need opportunities to get their lives back on track. If construction contractors want to fill positions on their job crews, they'll have to look to labor pools they might not have considered before. Many of these workers have skills that work well for the construction industry.

"Don't reject these candidates straight away just because they lack direct work experience in your industry," advises recruiter.com, a platform that connects recruiters and employers. It's also important to realize that job experience alone is not the best predictor of on-the-job performance. "Instead, evaluate candidates' transferable skills and capabilities."

A New Approach to Training

The Associated General Contractors of America (AGC) surveys members each year on workforce-related issues. They're asked about how hard it is to find workers, and what they're doing to recruit, prepare and train workers. Brian Turmail, AGC vice president, public affairs & strategic initiatives, said the data shows that contractors realize they need to play a more active role in recruiting and engaging with potential employees. "So they're constantly having to reinvent how they think about recruiting, what they do to attract workers."

He said it pays for contractors to look at groups they haven't hired in the past as well as at their own organization, and the changes the company can make to create a more attractive career environment for younger workers, women and labor sectors they haven't seen in large part.

"That includes veterans, and other groups whose jobs have been terminated because of economic factors," he said. 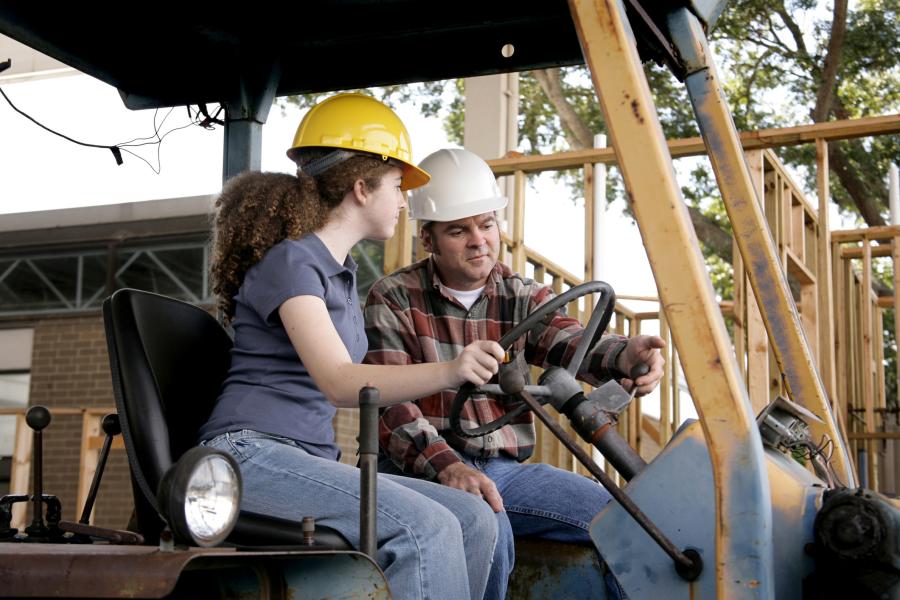 Whelchel said unemployed and underemployed have potential for recruiting and retraining in the construction field.

"They either don't have a job or they don't have a job they want, so they're looking to go into something else for more money or better opportunity," he said, adding that construction is the answer for many.

CIS is helping retrain people for careers in the construction field by offering instruction and NCCER credentialing to unemployed or underemployed workers through the federal Workforce Innovation and Opportunity Act (WIOA). The program prepares individuals for career options in fields such as commercial construction, electric, water, gas, communications or power generation.

Workforce development is crucial to the construction industry, believes Debbie Dickinson, CEO of CIS. Not only does the industry need to recruit, it must move workers up in skill level and job expertise, through training and credentialing.

And if a particular NCCER credential is too broad for a client's specific project, Dickinson said training can be customized to meet the needs of the employer. Federally- and state-funded WIOA programs have a goal of getting more people out of poverty by qualifying them to work in construction.

"There is a surprising number of people who work at a poverty level because they don't have trade skills," said Dickinson. "We need people with skills in our industry, so the effort on both sides is a perfect match."

WIOA allows individuals to receive funds for retraining. Tuition coverage depends on the individual's circumstances, and CIS connects the applicant with his or her local unemployment office career center to verify qualification. The skills attained in the five-week program are valid for life.

"People who may be stuck in a current job and want to do something different can come over to construction," said Whelchel.

The Nitty-Gritty of Retraining

Dan Swiggums, business development manager of ATS Specialized Training in Sun Prairie, Wis., said not only are miners being targeted for retraining, but because of a downturn in the ag industry, farmers as well are retraining in construction.

"The State of Wisconsin has set aside $1.5 million to retrain farmers to do something else. The state says, ‘we'll train you to do construction or some other field' for free."

Likewise for those who find themselves jobless as a result of a sluggish oil & gas industry. Ray Rice, CIS business development manager, said his training company is seeing more people transitioning to construction from oil and gas. He attributes it to a global slowdown.

"Folks transitioning from oil and gas may have some craft knowledge or skill in the trades. The equipment is different, but the learning curve is very short for them."

Plus, said Rice, they're used to working outdoors.

"Oil and gas work is tough, they're using a lot of machinery," he said. "Folks coming from this industry are a good fit for the construction industry because they have the work ethic, they're used to long hours, they know what it's like to work in heat around heavy equipment. They have to have that gritty mindset to work in the construction industry."

Military veterans also have what it takes to easily retrain for construction careers. The Department of Defense's SkillBridge program helps returning military become job-ready as they transition back into the civilian workforce. Veterans work for construction contractors for free under the program, which allows companies to provide job skills training or retraining to service members during their last six months of their military service.

"Because the U.S. Army is still paying them, they can be employed at no cost to the contractor," said Swiggum. "They've been vetted and know that construction is the field they want to make a career in." 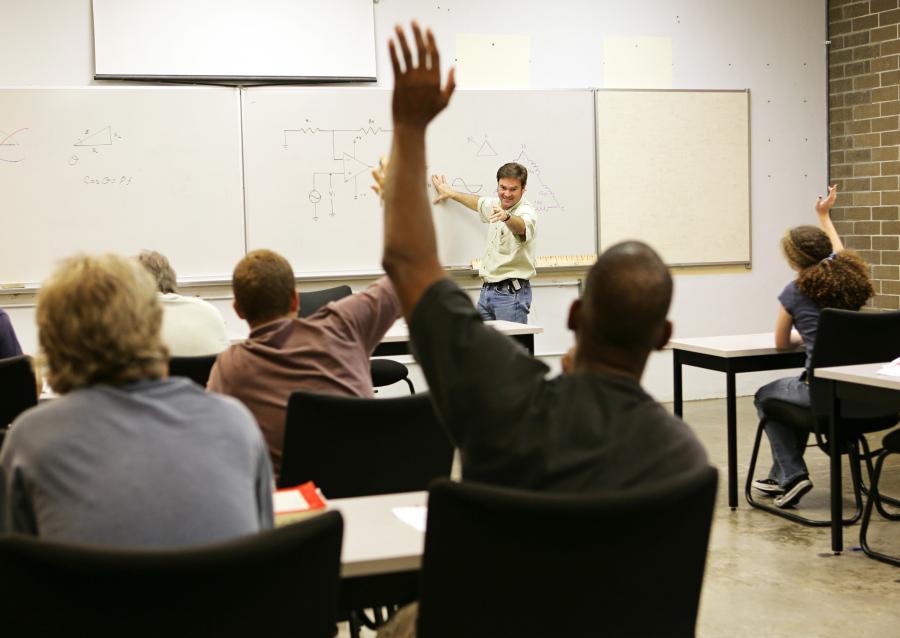 A job placement firm matches the individuals with employers, while training companies such as CIS evaluate their military credential status and train them for a construction career.

"What's great about the program is it offers any service member a paying job while he or she gets back into civilian life," said Rice. "These young people many times come home with construction-related skills, but they aren't sure about career opportunities open to them. They've spent four, five or even eight years doing a lot of construction on bases, setting foundations and repairing airfields. For the construction industry, it's almost a perfect match."

AGC's Turmail agrees. "Veterans are in serious demand" to fill construction jobs, he said. "Construction firms are realizing returning military have a higher career success rate in construction and are often already working on a career path in our industry."

AGC member companies are finding ways to recruit them for retraining, he said.

Other AGC members are looking at retraining convicted felons, an untapped potential labor pool for the construction industry. Turmail said it's a matter of contractors understanding what it takes to "recruit people coming out of the criminal justice system to put them on a path to success in construction."

In Louisiana, a program designed to train inmates for re-entry into society is considered a model of success. Construction and automotive classes are available to non-skilled offenders at the Louisiana State Penitentiary at Angola.

Highly-skilled mentors assist individuals in attaining an Industry-Based Certification (IBC) in their chosen field of training. Certifications are administered through NCCER for attaining employment after release.

This year's coronavirus pandemic has created another population that could turn to construction for retraining. Training organizations, such as CIS and the Ironworkers Skills Institute (ISI), are watching the nationwide employment picture change dramatically.

Patty Daigle, ISI director, believes the coronavirus will create the need for retraining.

"We believe the need for retraining will grow because of people leaving one career field for another," she said.

She attributes the need to the effects of business closures and social distancing.

"Companies were not prepared for this pandemic, and many are shuttering," she said. "And, unemployment will run out for those whose employers have shuttered." CEG