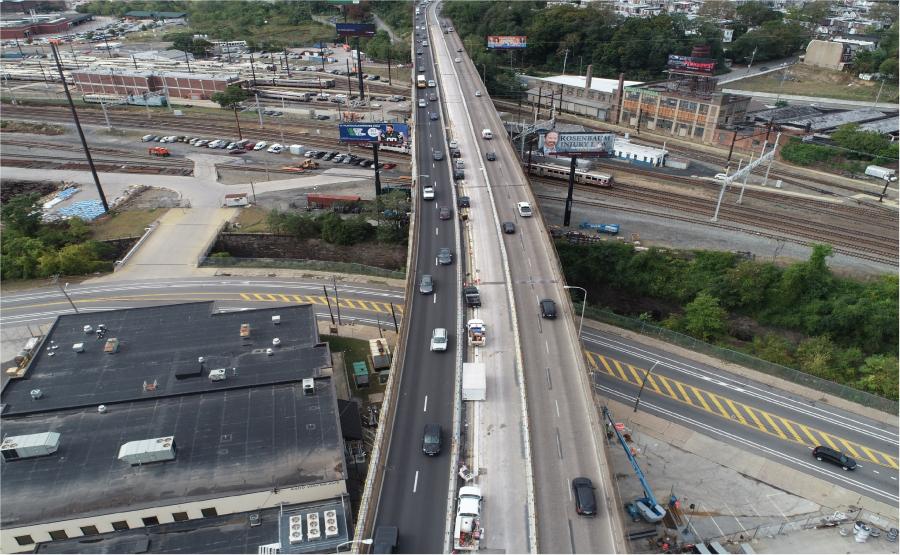 The Pennsylvania Department of Transportation (PennDOT) is overseeing a nearly $90 million project that will rehabilitate the U.S. 1/Roosevelt Expressway viaduct in Philadelphia.

The viaduct is located between the Broad Street and Wissahickon Avenue/Germantown Avenue exits in the Nicetown section of the city. 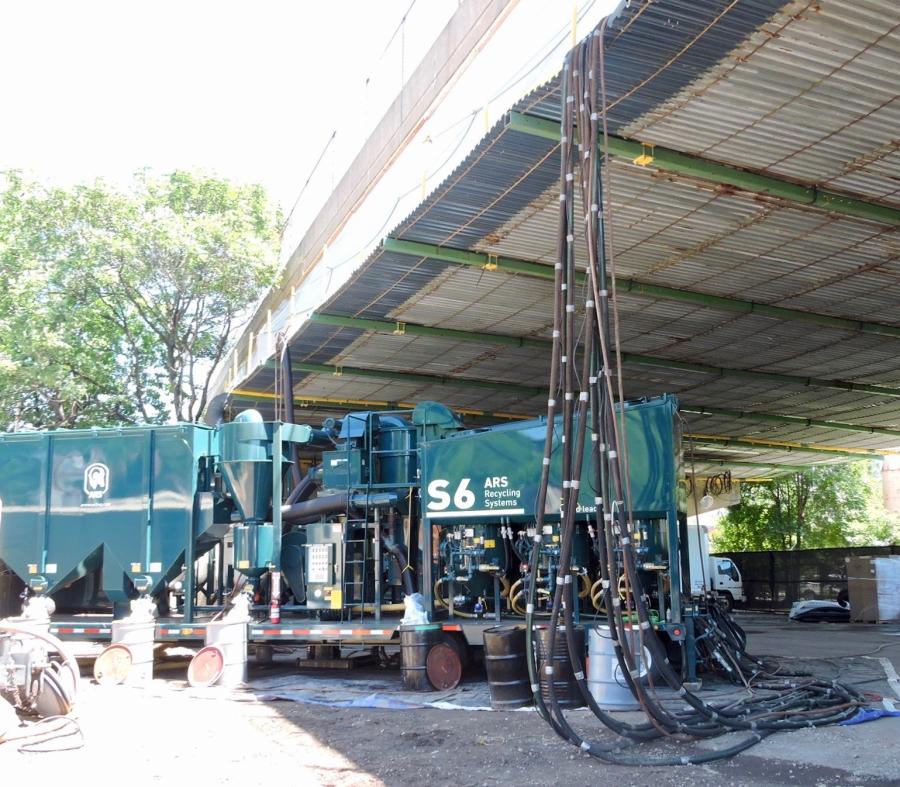 The project also will include the rehabilitation of the Fox Street bridge over the expressway, the replacement of 25 sign structures and the addition of five digital message.

According to PennDOT, "the project will result in a structurally sound viaduct that will safely and efficiently handle the demands of the more than 125,000 motorists who use the expressway each day to connect between Northeast Philadelphia and I-76 [Schuylkill Expressway] with its connections to Center City and the western suburbs."

Brad E. Rudolph, deputy communications director 2 of the Pennsylvania Department of Transportation, Engineering District 6, reported that the project began in February 2019 and will be completed in late 2022.

The $88.5 million project is financed with 80 percent federal and 20 percent state funds.

The general contractor is South State Inc. of Bridgeton, N.J., under the direction of Anthony DeSantis.

The project is being completed in six stages. 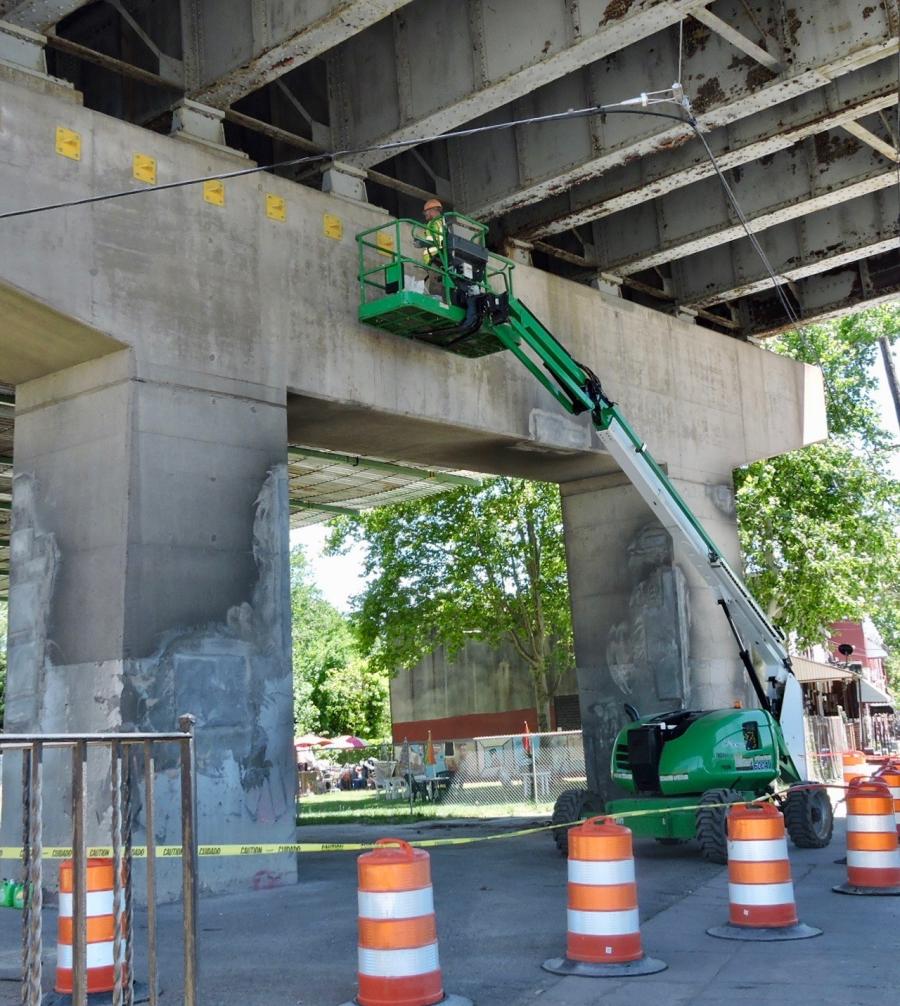 "Currently, we are in stage 1 of 6," DeSantis reported on Jan. 26. "Of stage 1, 90 percent of the bridge deck has been demolished and 40 percent of the decks have been reconstructed. We are currently prepping for more deck pours once we get warmer weather and also working on replacing bearings and pin and hangers."

This portion of the work is being done in a way that is not common.

"The removal of the pin and hangers is a very unique aspect to this project," Rudolph said. "The bearings and pin and hangers must be replaced in a very specific sequence in order to maintain the stability of the bridge while completely overhauling the movement points of the bridge.

"But to add a little bit, another big obstacle with the pin and hanger removal is that all of these replacements must take place in a very specific sequence while still maintaining traffic on the bridge in each direction," he said.

He explained that there are 90 pin and hangers to be removed based on the 10 locations along each of the nine girders. They get removed in stages along with demolition and deck reconstruction.

"The pin and hangers are being removed by our steel subcontractor, Structural Service," DeSantis said. "They have completed various tasks similar to the pin and hanger removals such as girder erection, girder splices, etc."

Another challenge is created because the work is taking place over approximately 25 railroad tracks that are in operation 24 hours a day.

"Narrow work areas along with the staged construction makes every task more difficult due to the tight spaces," he said. 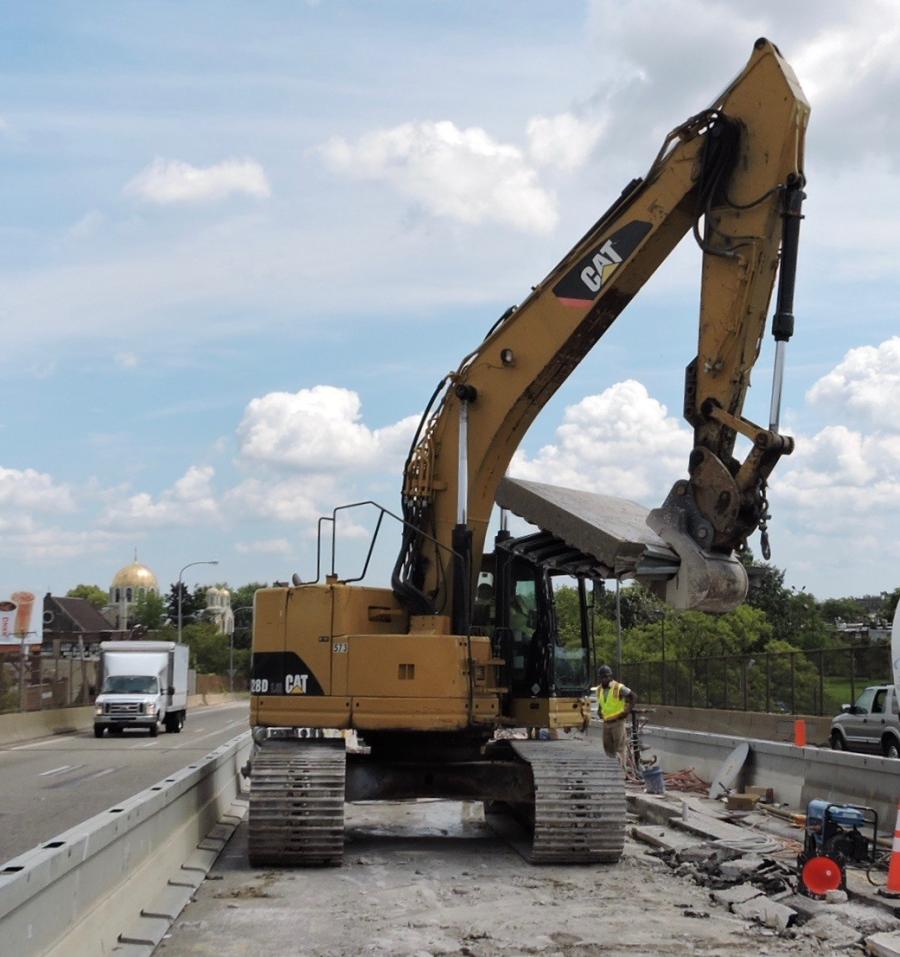 DeSantis reported that the project will include full reconstruction of the half-mile long bridge deck, approximately 190,000 sq. ft.; as well as the replacement of every bearing and bearing pedestal on the bridge, 194 in total.

"Each girder will need to be jacked in order to complete the bearing and pedestal replacement," he said.

The entire bridge also will be blasted and painted, approximately 325,000 sq. ft.

A 210,000-sq.-ft. protective shield has been installed under the entire bridge to protect City Street, the public and SEPTA/CSX Property, along with the construction and inspection staff.

The installation of a new ITS system will include 30 new sign structures and new highway lighting.

Deteriorated concrete on piers and abutments also will be repaired and 300,000 lbs. of miscellaneous steel repairs will be made.

As of Jan. 10, PennDOT reported that travel restrictions were in place at night on eastbound and westbound Interstate 76 between the South Street and Interstate 676 interchanges in Center City Philadelphia for construction to rehabilitate the overhead viaduct. 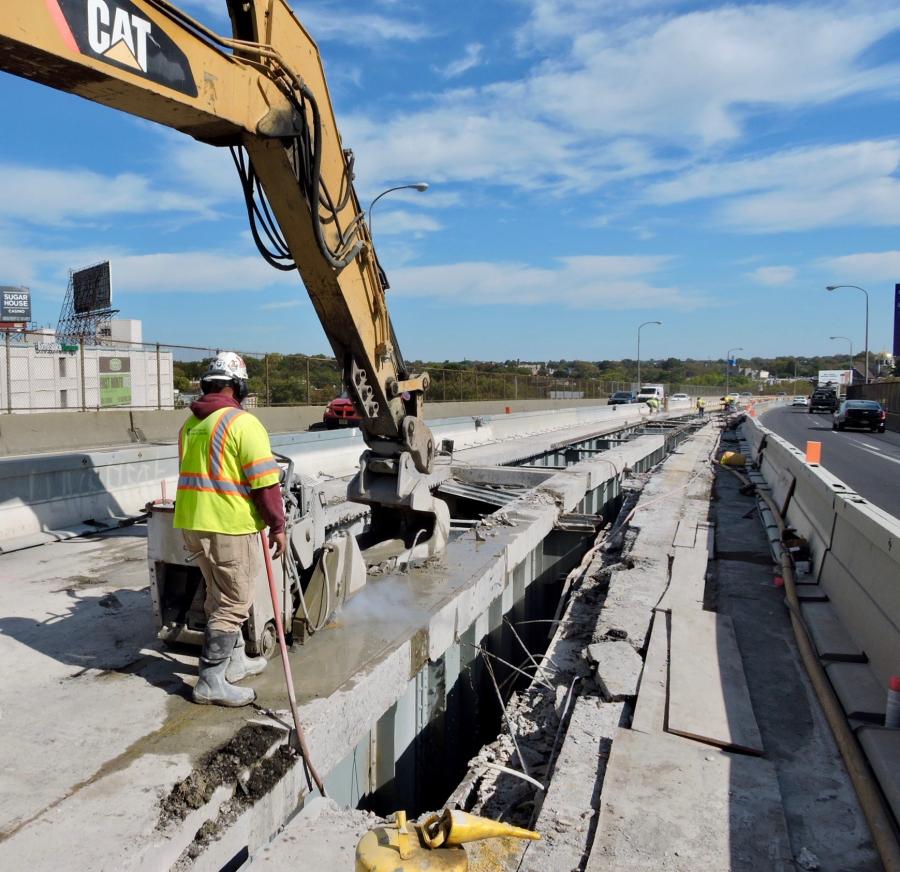 "I have worked at South State for nine years," DeSantis said. "In my time here I have worked on over 50 projects ranging from municipal milling and paving projects to large heavy highway rehabilitation jobs such as the Route 1 project."

According to DeSantis, South State Inc. is a full-service heavy highway, paving and utility contractor based out of Bridgeton, N.J. For more than 40 years, South State Inc. has safely and successfully completed numerous complex construction projects for both private and public clients throughout New Jersey and Pennsylvania.

"South State is considered one of the fastest growing contractors in New Jersey," DeSantis said. "Our progressive attitude and emphasis on safety has led to a great reputation by our customers and peers. South State has forged strong relationships with its heavy highway and paving clients, while having constructed much of the road and bridge infrastructure in South Jersey including several landmark projects." CEG