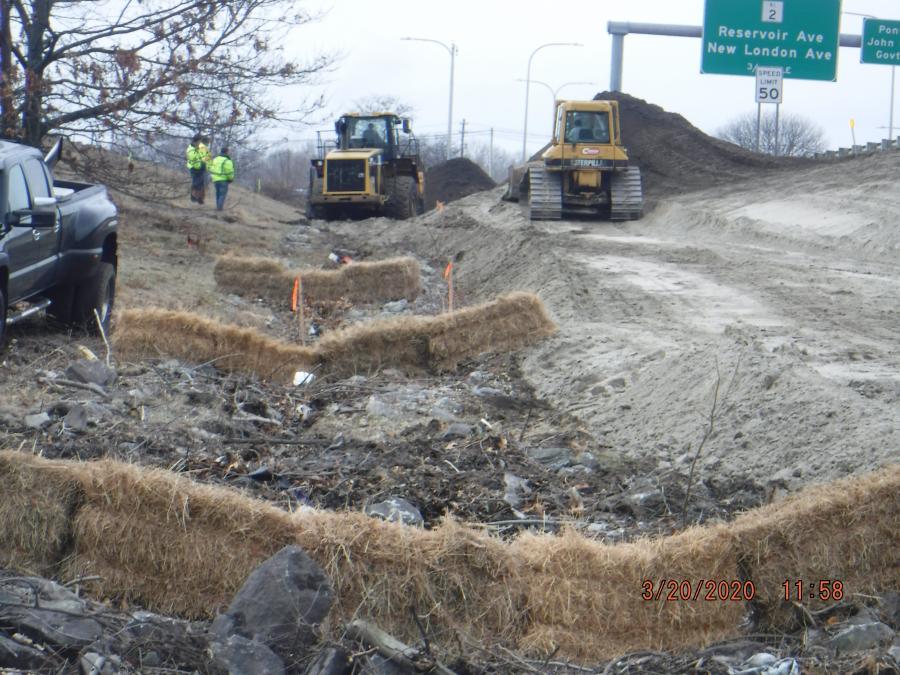 Contractor Cardi Construction, headquartered in Warwick, R.I., was awarded the contract this past February.

Preparation work is under way on a $77 million project to replace, preserve or rehabilitate 15 bridges on Rhode Island's Route 37.

"Route 37 is a critical east-west highway that serves 42,000 vehicles per day, connecting Rhode Island's second and third largest cities, as well as I-95, I-295 and U.S. Route 1 and nearby T.F. Green State Airport," said Rhode Island Department of Transportation (RIDOT) spokesman Charles St. Martin. "Thanks to the help of Rhode Island's congressional delegation in securing the TIGER grant, RIDOT is able to move this important project forward to make Route 37 safe while making improvements, most notably at the Pontiac Avenue interchange, to increase efficiency and reduce congestion." 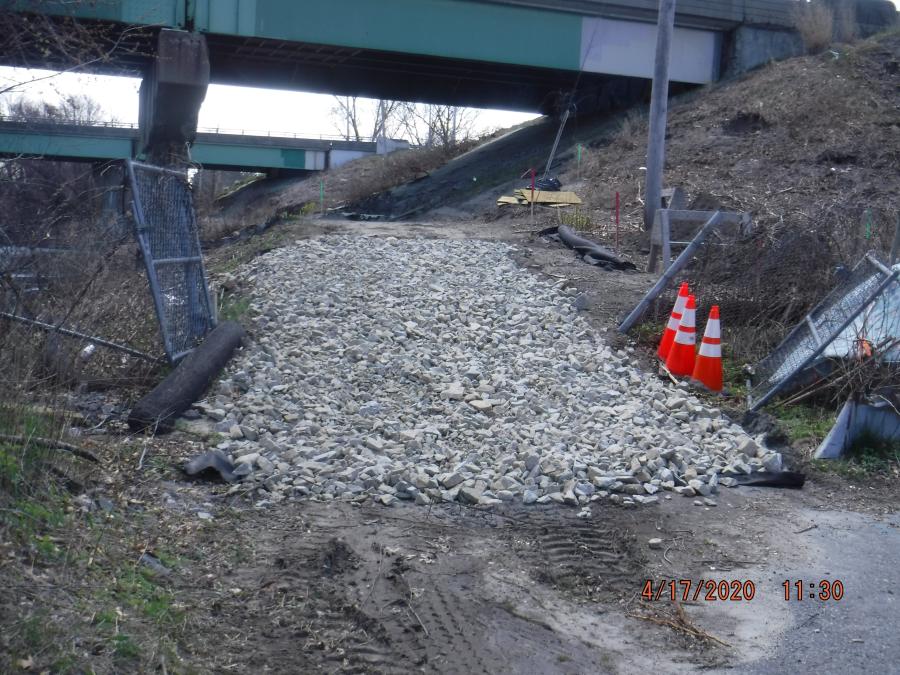 The Route 37 Corridor Safety Sweep Project is part of the state's RhodeWorks program, which was signed into law in 2016 by Rhode Island Gov. Gina Raimondo and focused on repairing more than 150 structurally deficient bridges and preventing more from becoming deficient. It is estimated to save the state $1 billion over the course of a decade by fixing the bridges sooner than later.

The Route 37 project includes the replacement of four bridges, the rehabilitation of two structures that are in advanced disrepair and rated in poor condition and the preservation of nine bridges and culverts.

Contractor Cardi Construction, headquartered in Warwick, R.I., was awarded the contract this past February, mobilized in March and is now prepping the bridge sites, clearing land and moving utilities, according to Project Manager Paul Schofield.

"Right now, we have to build up the staging areas to construct these projects," Schofield said. "The contractor is importing their own fill that they generate at their own plants. They're using standard earthmoving equipment, such as excavators, dozers and larger dump trucks. A lot of the fill they are creating is recycled material from replacing roadways. They take the old asphalt out and process that to create a gravel fill. They already have the material on hand, so it is saving the cost of having to buy from someone."

The four bridges to be replaced will be constructed using a variety of methods. One of the most significant of the four carries Route 37 over Pontiac Avenue. Crews will demolish and replace that bridge over one weekend using a self-propelled modular Transporter (SPMT).

The SPMT features more than 200 wheels, steel support beams and a hydraulic system. It retrieves the new bridge set on temporary shoring by the side of the road and carries it slowly to the bridge foundation and lifts it into place. The new bridge also will feature wider exit ramps and an improved interchange leading to Cranston's growing commercial district. 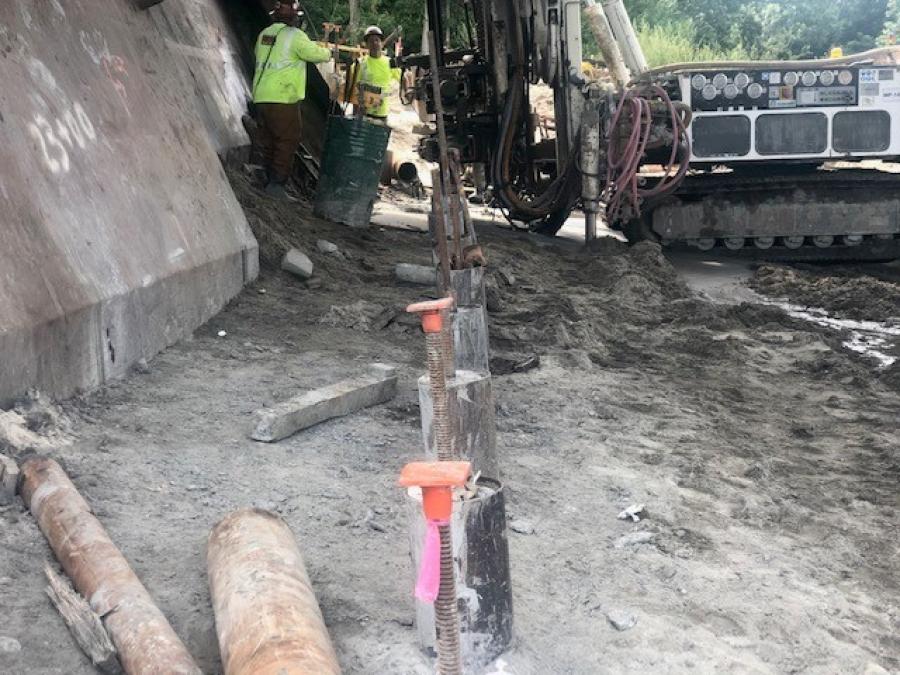 "These spans are quite long," Schofield said. "The challenge in this area is we are working over a body of water. We have limited access to rebuild these bridges."

The new eastbound bridge will be built using a bridge slide. Contractors will construct a work platform and build the new bridge on the side and demolish the existing bridge. Hydraulic jacks are used to place the new bridge on the new foundations. Traffic will be detoured, but only for one weekend

RIDOT had proposed using a bridge slide for the westbound bridge, as well, but because the project also calls for widening the bridge to help relieve congestion, came up with an alternative plan.

"The traffic backs up onto Route 37 and onto I-95S," Schofield said. "What we are doing in this area is we are widening different sections of 37 westbound. The contractor came back with a plan to build in two stages. We can shift traffic onto one half, demolish the other side and build back in place before we demolish the other side, then build that one. The problem is this area, particularly on the westbound lanes, is there are limited detours we can do. Those proposed were pretty long detours, which can cause confusion and issues with vehicles trying to divert in that area. By doing it in staged construction, we're maintaining the same number of lanes and we can replace it in the same amount of time, if not a little quicker, than if we did the slide bridge."

A fourth bridge to be replaced carries Route 37 westbound over Jefferson Blvd.

"That was pretty simple," Schofield said. "We're doing that in staged construction. Nothing too special. We're doing it that way because traffic is a lot less volume-wise where we can restrict it down to two lanes from three to demolish half the bridge and rebuild."

The Route 37 Corridor Sweep Project is slated for completion in late 2022. CEG