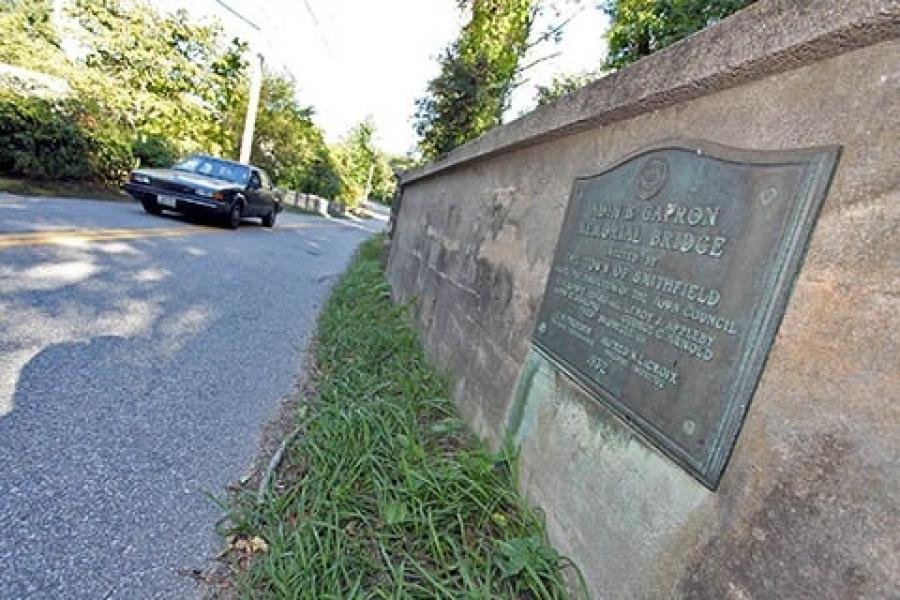 The Rhode Island Department of Transportation (RIDOT) announced it began replacement of the structurally deficient Capron Road Bridge, a bridge that carries local traffic on Capron Road over a tributary of the Woonasquatucket River in Smithfield. The work requires a full closure of the bridge.

RIDOT will completely replace the 85-year-old bridge at a total project cost of $4.3 million. The current schedule has the Department reopening the bridge in late fall 2017, with final completion expected in spring 2018.

The bridge will be rebuilt using a new, innovative bridge design element called Northeast Extreme Tee (NEXT) Beams, pre-cast concrete components that will limit the bridge closure to just one construction season. RIDOT also will add a sidewalk to the west side bridge, refurbish and reset historical markers, and repave the roadway leading up to the bridge.

The bridge, which serves approximately 1,500 vehicles per day, also has a weight limit for different vehicle types, ranging from 5 tons (4.5 t) for two-axle vehicles to 20 tons (18 t) for trucks with five or more axles. Once the bridge has been replaced, the truck detour, weight limit and structurally deficient status will be removed.