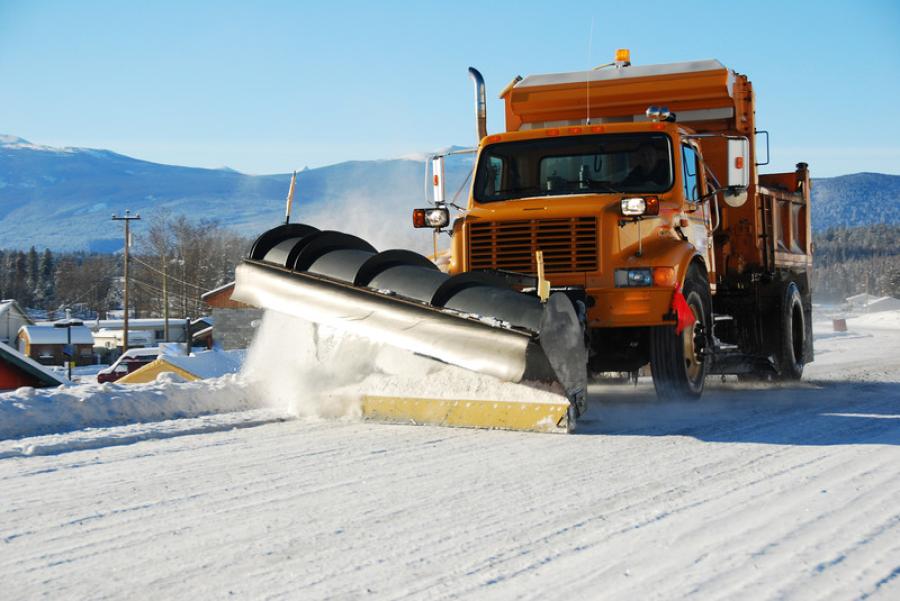 The Clear Roads Spring Meeting took place the week of April 14 at the Radisson Hotel Providence Airport in Warwick, R.I. The conference, featured representation from 33 states, afforded an opportunity for transportation professionals to learn from each other about uses of innovative technology and equipment and other steps taken to more effectively and efficiently keep roads clear of snow and ice. This is the first time Rhode Island has hosted this conference, which occurs twice each year, and provided RIDOT an opportunity to learn from best practices employed elsewhere in the country.

Peter Alviti Jr., RIDOT director, opened the conference by discussing management changes in the past year, including the conversion of 40 unfilled administrative positions, and eliminating such positions as photographer, to bolster its maintenance workforce to provide additional personnel for winter storms and maintenance operations year round.

Also at the conference, RIDOT announced that both calls from citizens reporting potholes and claims filed with the Department dropped significantly this winter season. In the past five years, RIDOT has averaged approximately 560 pothole claims per year. This past winter, RIDOT only received 148 claims — a drop of 75 percent. A similar sharp decline was observed in pothole calls, with the total number of calls received in March 2016 to date is less than a quarter of the pothole calls received in March 2015.

“While most people think we had a milder than usual winter, our records show we actually experienced a typical winter season,” Alviti said. “The drop in calls and complaints is evidence of the many steps we have taken to bring about change at RIDOT and improve the quality of our roads for the traveling public.”

RIDOT credits the drop in potholes to the use of automated pothole patching machines, brought into service to help restore roads following the harsh winter of 2014-15. The machines operated throughout the summer and fall months, providing a more durable and longer lasting patch as compared with traditional methods. The pothole patching services utilize the latest spray-injection technology to repair potholes more efficiently and safely while ensuring a longer-lasting fix. The patchers (which are controlled by a single operator from the cab of a truck) are capable of cleaning away debris and filling a pothole in only a few minutes. The pothole patching machines were on duty this past winter, providing a reliable hot-mix equivalent (typically unavailable from December through March) for fixing potholes all season.

RIDOT in 2015 also placed a high priority on resurfacing roads that had generated numerous pothole complaints for several years, such as Routes 37, 102, 116, Cumberland Hill Road and sections of I-95.

The past winter also saw the debut of the state's first-ever strategic salt reserve, meant to protect against national road salt shortages experienced in previous winters. RIDOT purchased an additional 20,000 tons (18,143.7 t) of salt and stockpiled it at its Jefferson Boulevard salt facility to be used to supplement its normal inventory of 30,000 tons (27,215.5 t) should the need arise.

RIDOT continues to grow its winter fleet as well, adding 13 new plow trucks for this past season, bringing its total to 115 trucks. A larger fleet allows the state to more effectively manage storms and reduces the need for private vendors to assist with winter operations.

Launched in 2004 by experienced winter maintenance professionals, Clear Roads is a research program aimed at rigorous testing of winter maintenance materials, equipment, and methods for use by highway maintenance crews. RIDOT joined the peer exchange group in 2012 to take full advantage of the depth of research for winter maintenance operations as well as the direct relationship with its DOT partners across the country.