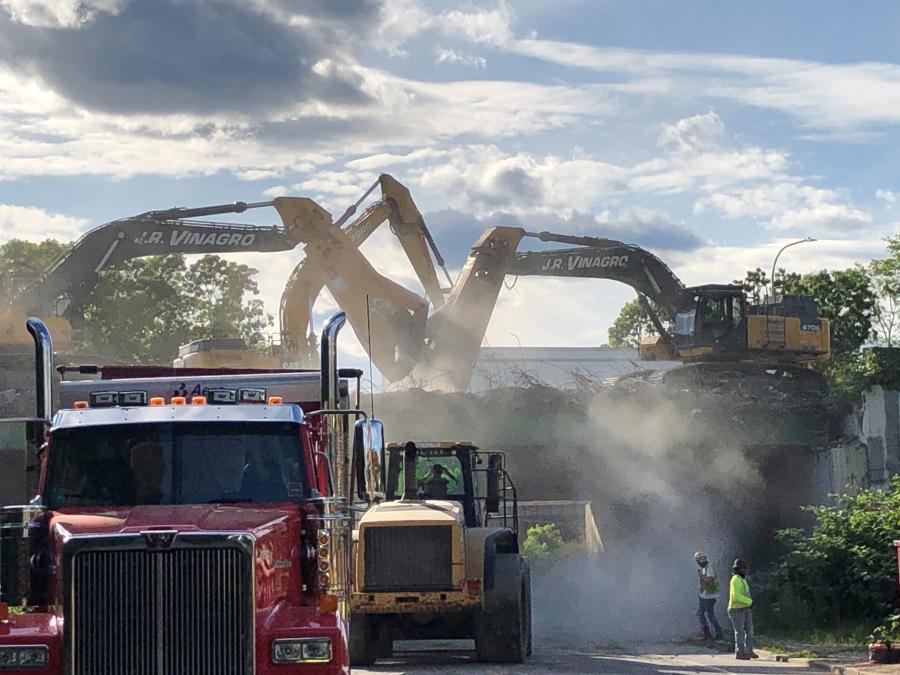 Crews first demolished the existing bridge and all the foundations.

The Rhode Island Department of Transportation is halfway through a project that calls for replacing two bridges in eight days each. Using a self-propelled modular transporter, crews were recently able to set two spans — four sections — on the Centerville Bridge carrying I-95 over Centerville Road (Route 117). Traffic was rerouted to a temporary median in the middle of the highway. Next, crews will tackle the nearby Toll Gate Bridge using the same method. Combined, the two bridges accommodate 174,00 vehicles daily.

"The basic idea is we've been working hard to use accelerated bridge replacement to minimize traffic impacts," said project manager Paul Schofield. "Normally we would have to do long traffic detours. A large project like these can take several years with a traditional method."

Crews first demolished the existing bridge and all the foundations. The SPMT features more than 200 wheels, steel support beams and a hydraulic system. It retrieves the new bridge set on temporary shoring by the side of the road, and carries it slowly to the bridge foundation and lifts it into place.

"You need to have the real estate available to do this kind of bridge," Schofield said. "We were fortunate in that this location has state owned land by I-95. We were able to take advantage of that and build the bridge along the side and use this method to roll it into place." CEG