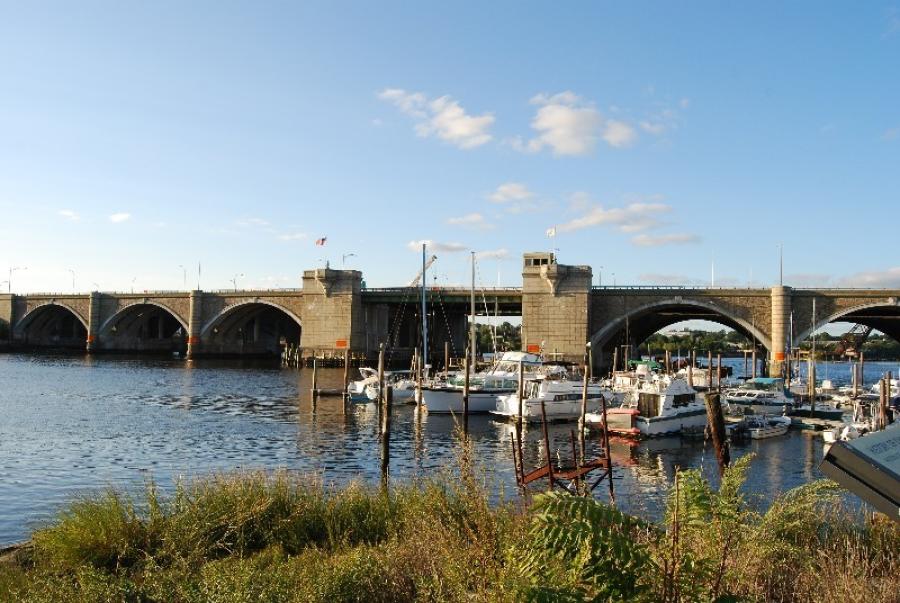 The Rhode Island Department of Transportation (RIDOT) announced that within the next two weeks, RIDOT will be advertising a Request for Proposals (RFP) for the Washington Bridge Rehabilitation design-build project. RIDOT is scheduling for the work on the Washington Bridge to start this year with the awarding of the design-build contract this summer.

The bridge is classified as structurally deficient and is required to be rehabilitated to cure the deficiencies. RIDOT has secured a $25 million grant through the work of the Rhode Island Congressional delegation to support this $70 million design/build project. The grant obliges RIDOT to start work in a timely manner.

RIDOT will remain in constant contact with the Rhode Island Department of Health regarding the most up-to-date public health guidance and proper protections for workers when construction begins on this project.

RIDOT Director Peter Alviti said, "Washington Bridge has to be rehabilitated to keep it safe. While we are doing this work, we also need to make sure that we rebuild it in a way that will clear up much of the daily traffic congestion along Route 195 West for commuters traveling into Providence every morning."

In addition to rehabilitating the bridge, the project design includes an additional through lane to better accommodate mainline highway traffic and the high volume of traffic entering the highway from Veterans Memorial Parkway, Warren Avenue and Taunton Avenue ramps. A new exit ramp in East Providence will provide a direct connection to Waterfront Drive, a major area for future economic development on the East Providence waterfront, and will provide an additional safe and convenient way for commuters to access the East Side of Providence.

Scheduling for this project will be coordinated with improvements at the Henderson Bridge Project in order to minimize traffic disruptions for both highway and local traffic. Together the two projects will improve access to the East Providence waterfront and to the East Side of Providence.

Work on the Henderson Bridge is expected to begin this summer and will take approximately four years. It represents another $88.5 million investment in the area, which includes $54.5 million of federal funds as part of a new spending law authored by Sen. Jack Reed.

Three independent traffic studies were conducted by Vanasse Hangen Brustlin Inc., Commonwealth Engineers and Consultants, and McMahon Associates. All concluded that at least for 10 years after the project's completion, keeping the Gano Street off ramp open will not adversely affect traffic on I-195 West and therefore the RFP calls for the ramp to remain open as part of this project for the foreseeable future.

The decision to keep the ramp open comes after RIDOT conducted three in-depth traffic studies to examine the potential impacts of keeping the ramp open or closing it permanently. The studies analyzed traffic patterns on I-195 and local streets in East Providence and in Providence's East Side in the vicinity of the Washington Bridge. The studies indicated that the existing Gano Street off-ramp can remain open while the Washington Bridge reconstruction still achieves a marked reduction in chronic traffic congestion on I-195 West.

The rehabilitation of the Washington Bridge and the Henderson Bridge was made possible by RhodeWorks, RIDOT's ongoing commitment to repair structurally deficient bridges and bring Rhode Island's transportation infrastructure into a state of good repair, promote economic development, and create jobs.