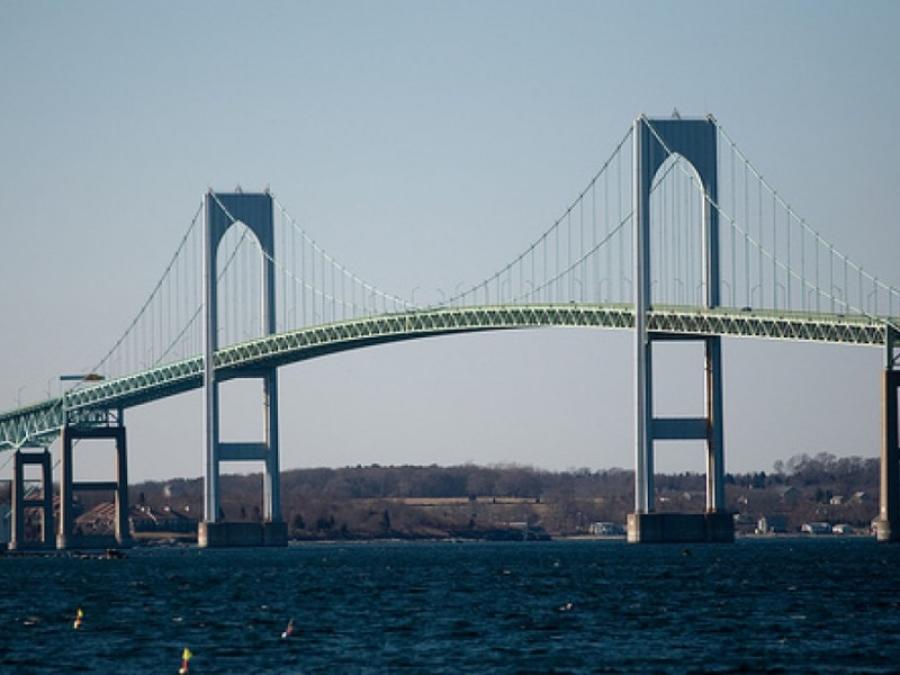 The first sequence of the deck repair project on the Newport Pell Bridge was completed. (Newport Patch photo)

The Rhode Island Turnpike and Bridge Authority (RITBA) announced that the first sequence of the deck repair project on the Newport Pell Bridge was completed two days before its scheduled completion date of June 29. This work, which began on May 16, consisted of a partial depth hydro-demolition and replacement of the concrete roadway deck from curb to curb for 200 ft. of the westbound and eastbound lanes to the east approach of the Bridge (Newport side). The contractor removed the concrete deck down to the rebar and fresh concrete has been poured. This work required permanent lane closures and single travel lanes in each direction.

During July and August work will be performed from underneath the bridge using barges to focus on the removal of the existing steel bearings from the bridge's original construction in 1969 and replace them with new and modern elastomeric bearings. As a result there will not be any permanent lane closures during these months on the bridge. However, there will be ongoing maintenance work associated with other projects, which will require periodic lane closures during non-rush hours as well as some nights.

Overweight vehicles with gross vehicle weight (GVW) over 80,000 lbs. will be prohibited from crossing the bridge.

Starting Sept. 19, the above deck work will recommence and will continue through December 2017. This stage will again require permanent single travel lanes in each direction.