Close to 1,200 equipment items and trucks were sold in the auction, including excavators, dozers, compactors, skid steers, loaders, articulated dump trucks, and more. 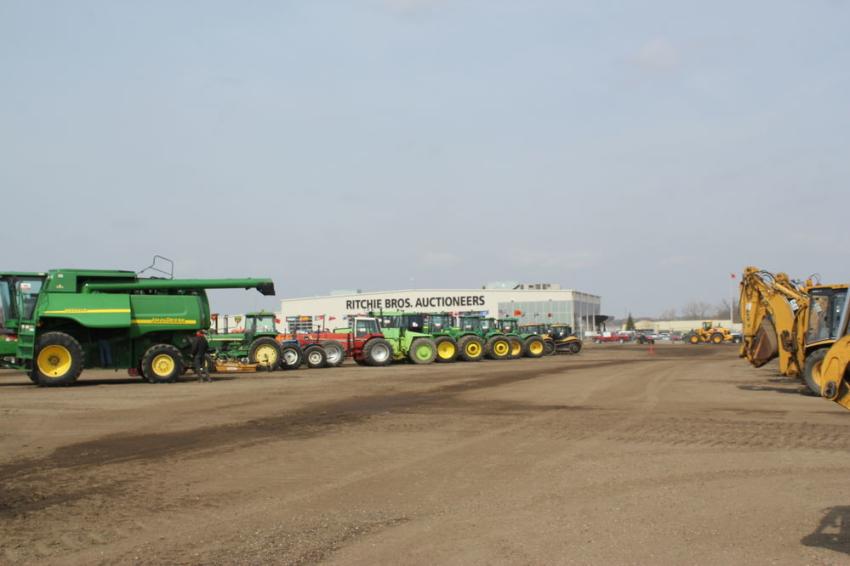 Green equipment is lined up in front of the Ritchie Bros. building, where the bidding was held. 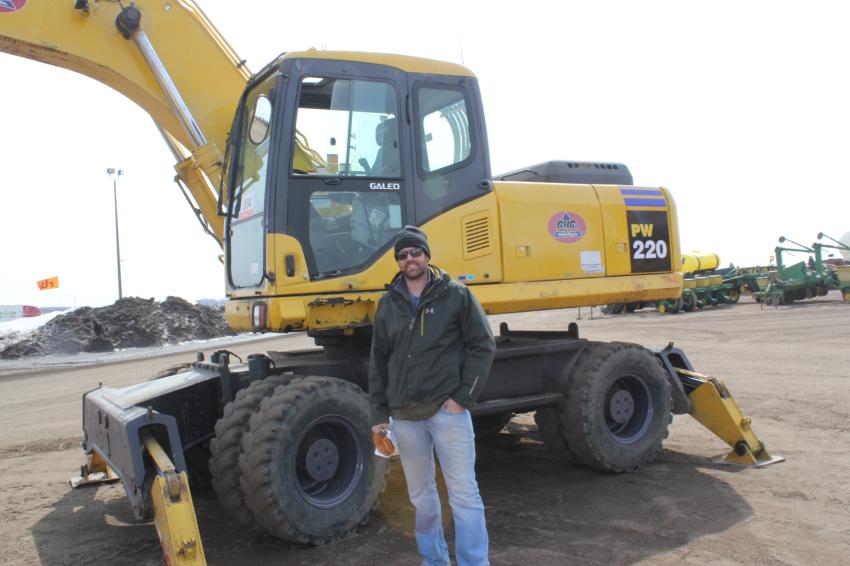 Travis Witzel, Witzel Construction, Langdon, N.D., looks over a wheeled Komatsu PW 220 excavator. Witzel bought a packer, a dozer and a backhoe at the auction and intended to put them all to work as soon as the ground was ready. 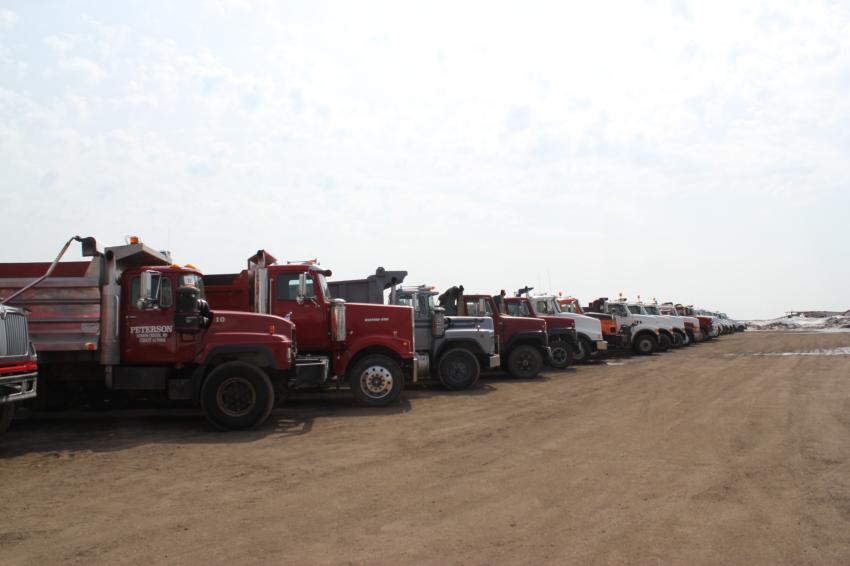 The auction offered a large selection of trucks. 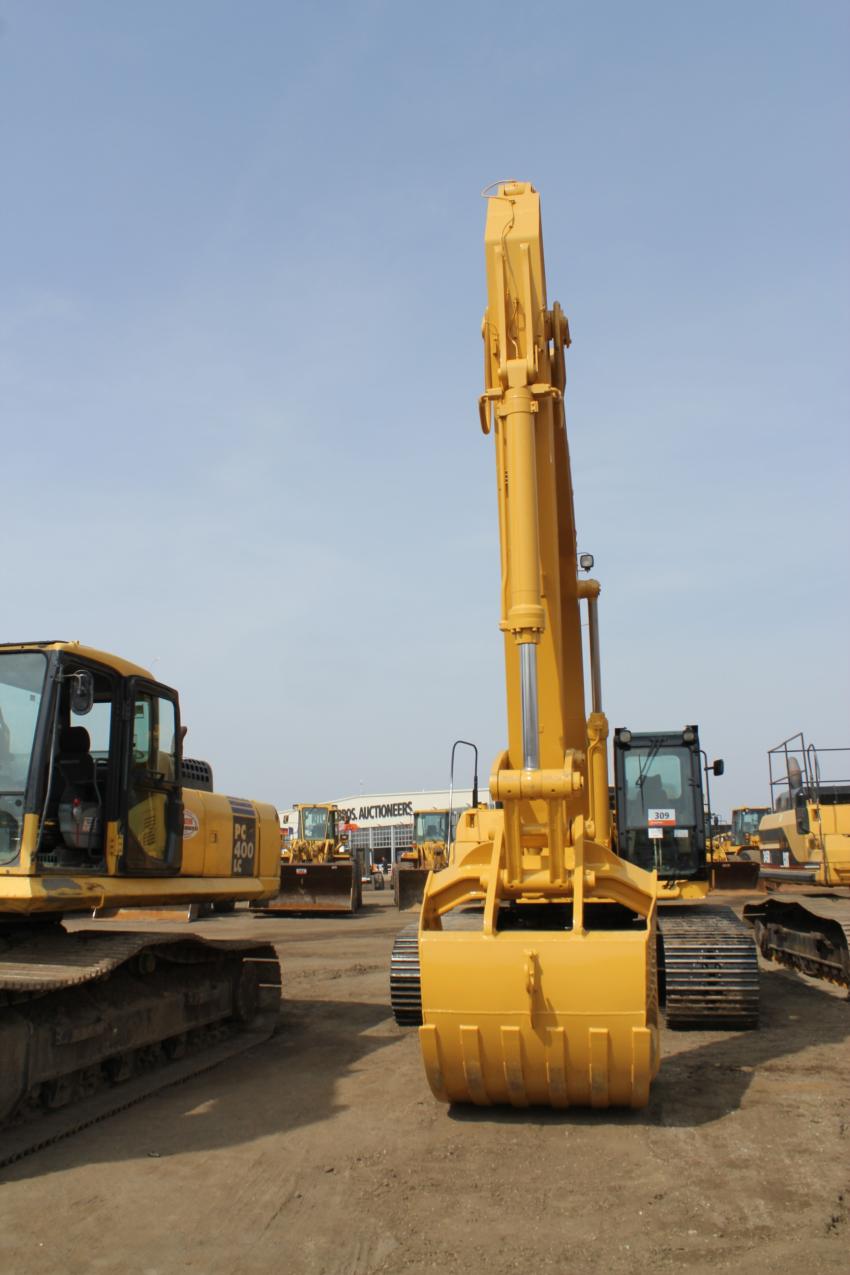 Cat excavators were a big draw at the auction. 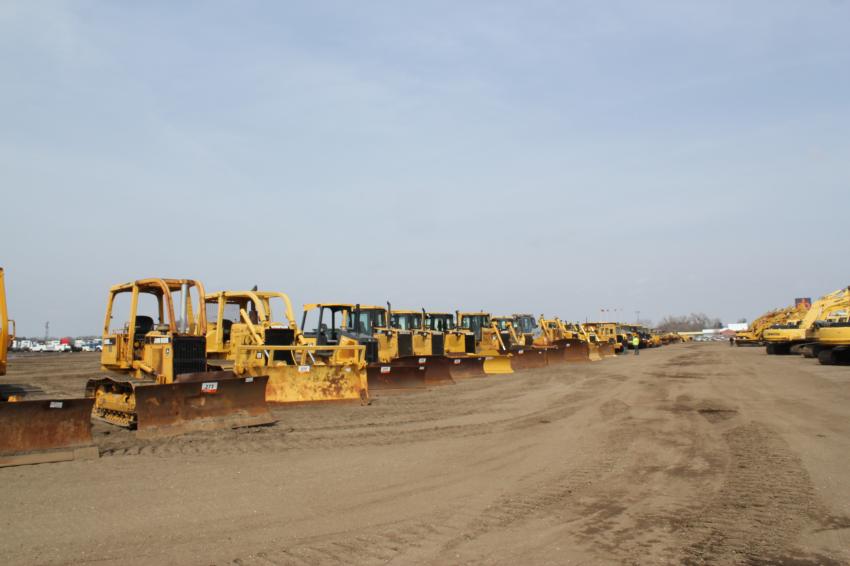 Lot numbers identify equipment for sale at the auction. 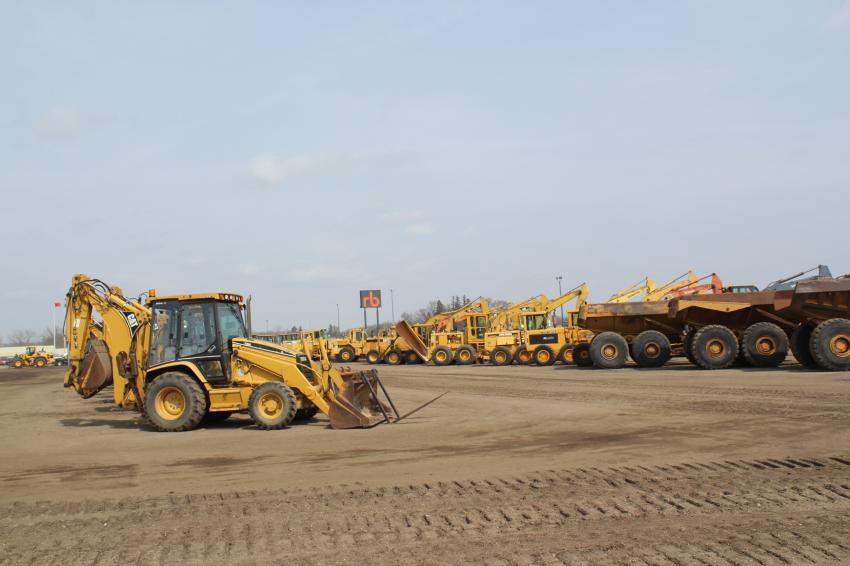 The auction took place on a clear day with high winds. 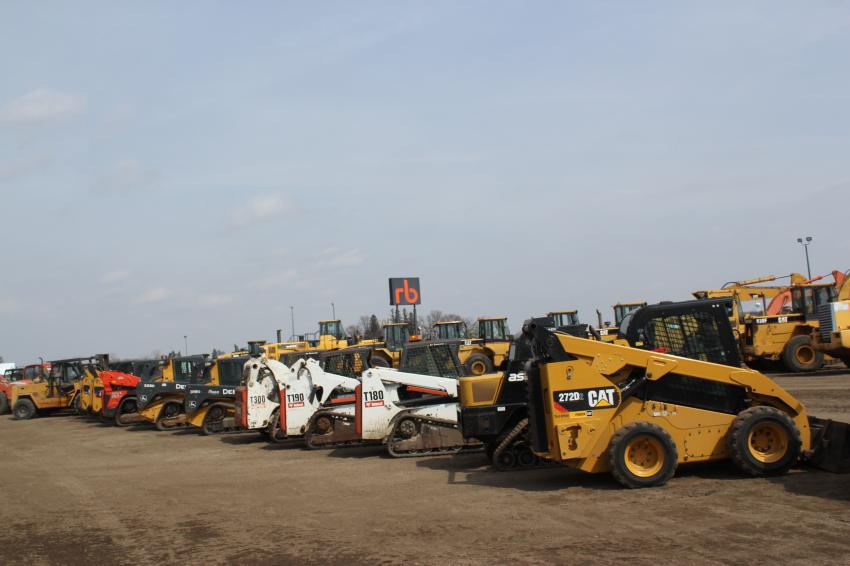 Skid steers and CTLs are lined up on the auction grounds. 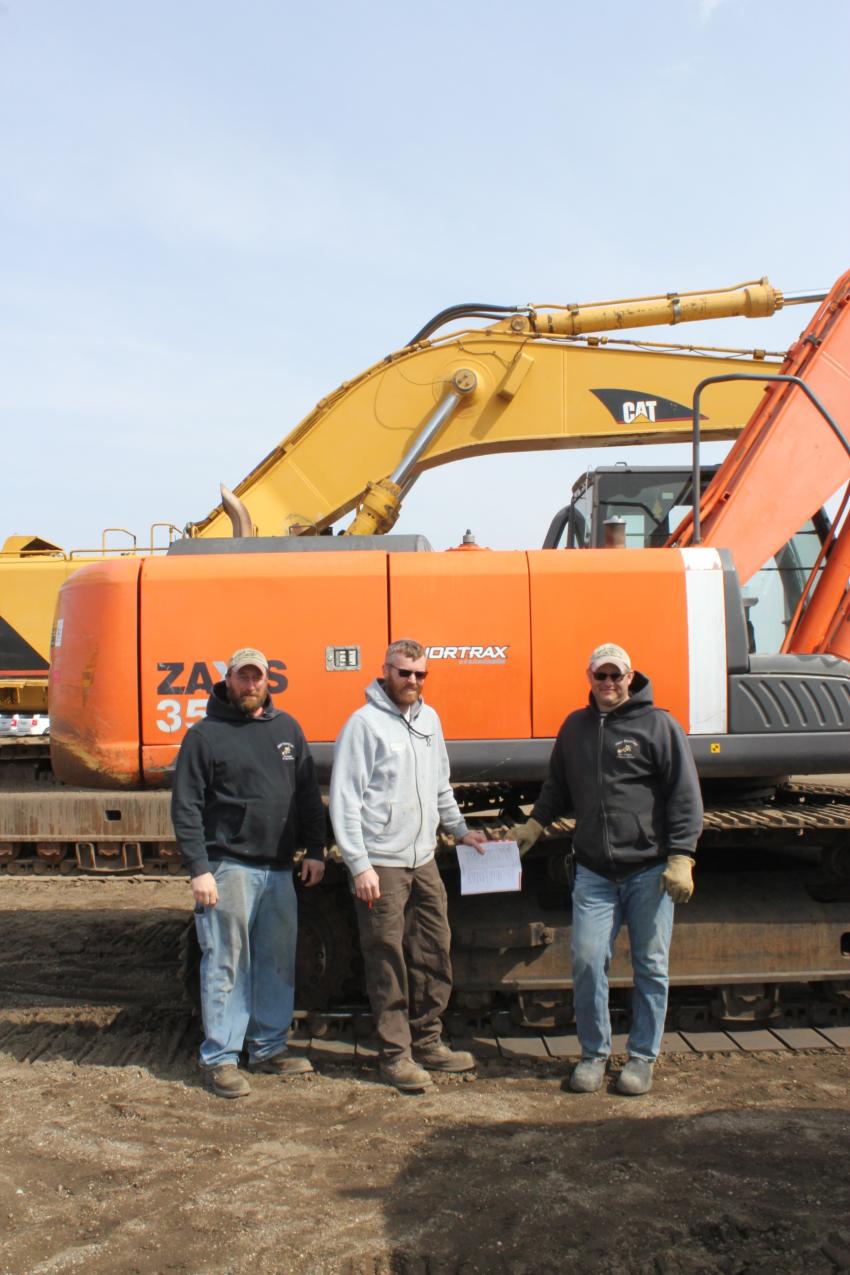 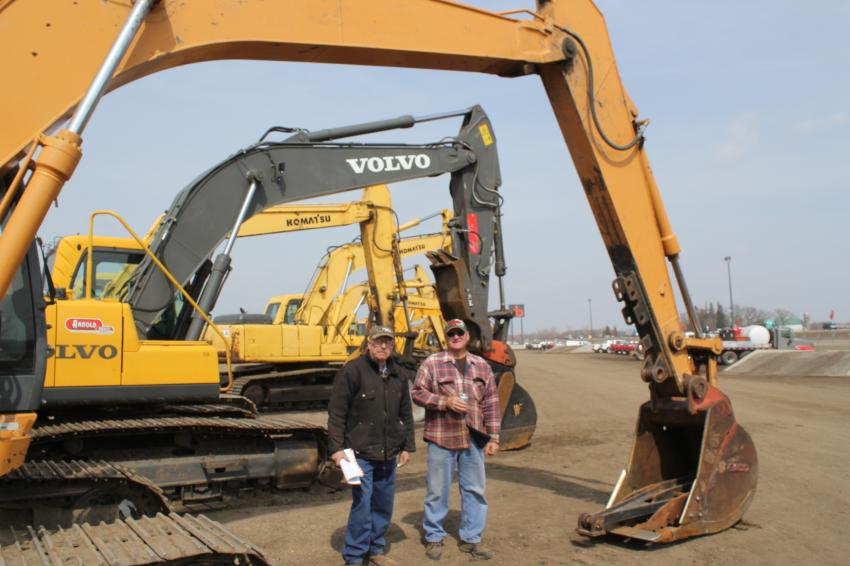