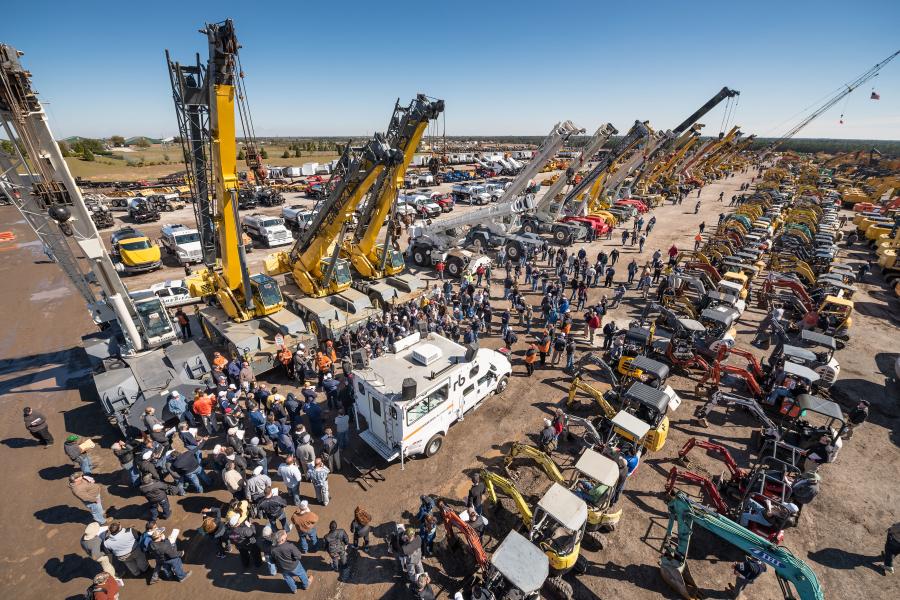 More than 11,300 bidders from 72 countries registered for the Sept. 29 to 30 auction, which was conducted entirely online due to COVID-19.

Ritchie Bros. put on another big auction in Fort Worth, selling more than 5,200 equipment items and trucks over two days for more than $68 million.

More than 11,300 bidders from 72 countries registered for the Sept. 29 to 30 auction, which was conducted entirely online due to COVID-19. Approximately 64 percent of the assets were purchased by out-of-state and international buyers, from as far away as Australia, Egypt and Germany.

"We continue to see record numbers of bidders in 2020 — with this September's attendance up 64 percent from the same auction last year," said Neal Black, regional sales manager of Ritchie Bros. "This auction had a great selection of yellow iron, but the trucks proved to be the real star of the show. In just one day we sold more than 650 truck tractors, with pretty strong prices throughout. This included a large consignment of trucks from B.J. Services, one of the largest pure-play pressure pumping companies in North America."

Sales Highlights From Fort Worth:

Number of consignors: more than 650