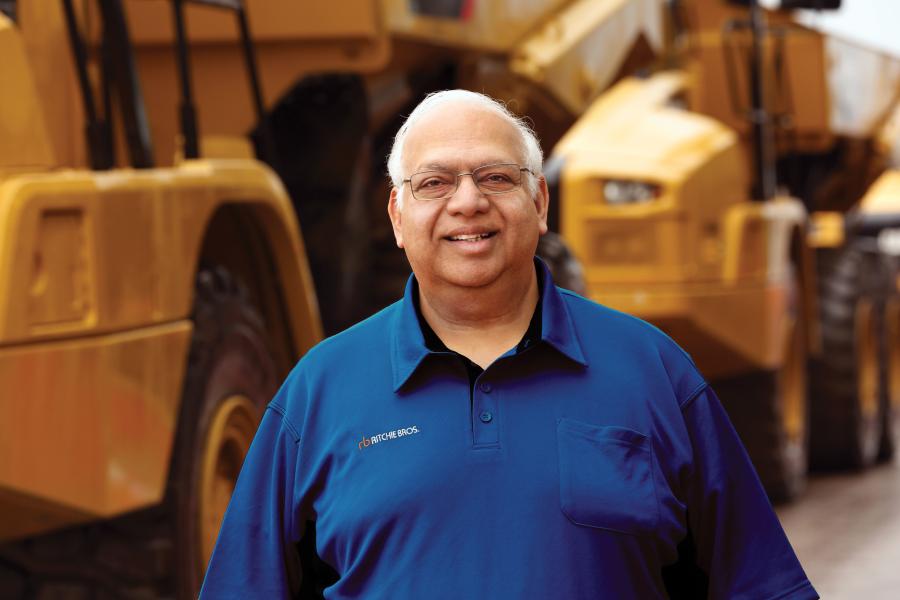 In an interview with Construction Equipment Guide (CEG) about his tenure at Ritchie Bros., Ravi Saligram made evident his deep passion for the company, its customers and its employees.

After five years as chief executive officer, Ravi Saligram is leaving Ritchie Bros. a much different company than when he started. No longer just a pure live auction company, Ritchie Bros. is now an industry-leading multichannel asset management and disposition company, offering customers options to sell how, when, and where they want — either onsite or online.

In an interview with Construction Equipment Guide (CEG) about his tenure at Ritchie Bros., Saligram made evident his deep passion for the company, its customers and its employees.

"I'm leaving a little bit of my heart behind at Ritchie Bros.," he said.

Before Ritchie Bros., Saligram held leadership positions at OfficeMax, Aramark Corp. and InterContinental Hotels Group. He was brought on board with Ritchie Bros. in July 2014 to reignite growth by seeing through a vision of full-scale transformation of the company's business strategy.

CEG: "Transformation" is a big word, but you have presided over a lot of change in the Ritchie Bros. operation during your time as CEO. The acquisition of IronPlanet, the introduction of Marketplace-E, a 24/7 online marketplace, and the launch of an end-to-end integrated tool for OEMs and strategic accounts, RB Asset Solutions, to name a few. You created a true multichannel company. How much of this changeover was in motion when you arrived?

Saligram: After the recession, things were stagnant. Our board of directors wanted someone to come in and transform the business. When I first started, I took time to listen to our employees, our customers and investors and, with the help of my management team, we began to develop a strategy.

I am so proud of the management team I've built. The whole is greater than the sum of the parts. Everyone on the team has ownership of everything we do, and it has only made Ritchie Bros. stronger.

After I leave in October, I'm confident the new leader will take the team to new heights.

CEG: You oversaw a huge transformation in your previous role at OfficeMax — do you specialize in transforming businesses?

Saligram: It depends on the situation. I generally don't go in with a view to transform a company. Yes, I did this at OfficeMax, but the situation was very different. OfficeMax involved executing a turnaround in a difficult industry. With Ritchie Bros., the work was just building on the success it already enjoyed. It was a growth company and we have rebuilt it for a very bright future. It's an exciting time for Ritchie Bros.

CEG: What is the most daunting part of making over a company?

Saligram: Transforming a broken company is a lot easier than transforming a successful one. Ritchie Bros. was very successful before I joined it, so I had to make sure to find the right balance. I was mindful of all the drivers of success for Ritchie Bros. over the last 60 years, with the biggest being that the customer is, was and will be the key to success. Dave Ritchie [founder] believed that if you make a customer a friend, he will be a customer for life. I have built on this ethos. 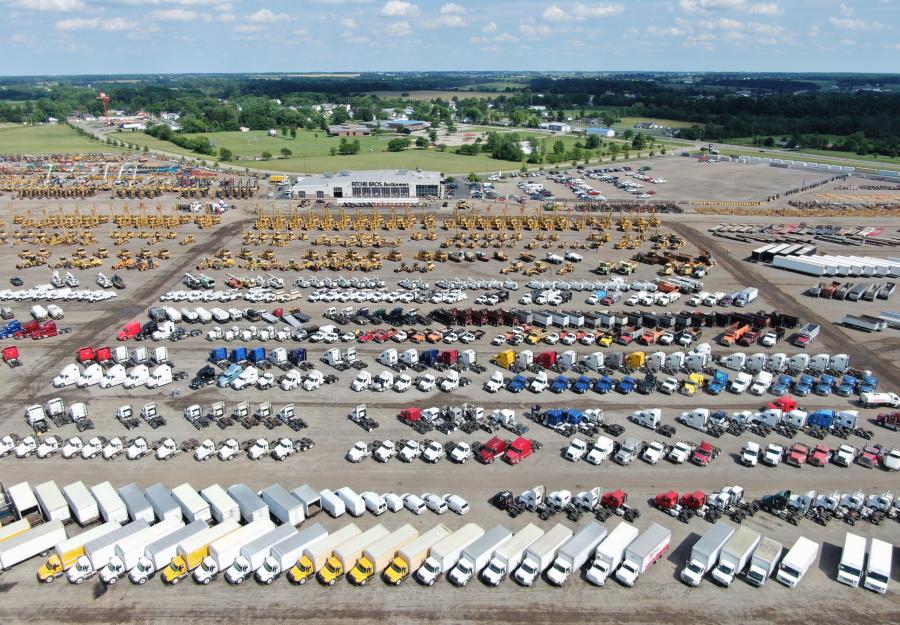 What's made our transformation so successful is we never lost sight of our values. We are a high-integrity company, very honest, proud, passionate, humble. So, our strategy changed but our values remained our anchor. Our values gave our employees something to hold onto through change.

At the same time, when you are already successful some people are reluctant to change because they prefer the "good ol' days." So, you have to galvanize employees, help them focus forward and understand change is crucial to realizing that the best days are ahead.

We also spent a lot of time getting our employees to understand and believe our work has a noble purpose: we help make the world move, build and grow. We sell equipment that helps people move goods, build roads and infrastructure and grow crops. We are helping our customers do their jobs better.

CEG: With all this transformation, is the live auction event in danger of becoming extinct?

Saligram: I firmly believe the live auction business is strong and has great longevity. This is not the retail world where brick-and-mortar stores are closing and online retailing is taking over.

We closed five auction sites last year because they were not efficient, but at the same time our auctions at other sites are becoming bigger. For example, a Columbus, Ohio, sale in June ended up clearing $93 million in just two days — our largest two-day sale ever. In Florida, our Orlando sale was almost $300 million. The live auction is an enduring and successful model.

The beauty of being multichannel is that we are a one-stop shop for our customers' changing needs. If you want a live auction, we have it. If you want online, we are the experts — we transact nearly $3 billion in GTV online, making us one of the top 50 B2B e-commerce companies in the world. If you want to conduct business on your smartphone, we have that, too. You can see we're making it easy for our customers to dispose equipment anyway they want.

CEG: You earned a Bachelor's degree in India and your MBA at the University of Michigan. You have lived and worked all over the world. How has your global career influenced your thinking about people and organizations?

Saligram: Having lived in six countries and worked in more than 50, I have found that people are more similar than different. A good leader knows what the cultural differences are, is sensitive to that and tries to harmonize and build on the similarities. Ritchie Bros. operates successfully in many countries because we have universal values.

CEG: You advocate diversity in the workplace and have spoken about the number of women you have placed in executive positions at Ritchie Bros. Was there, or is there, a bias against women in the heavy equipment world?

Saligram: I wouldn't call it a bias, but in the industrial equipment world it is tougher for women. I truly believe that gender diversity is very important; not because you are checking off a box, but because diversity and inclusion drive innovation. When I joined Ritchie Bros., we didn't have a single female senior executive. Today, four of my 12-person senior executive team are women. I am very proud of that. They are very good at what they do, and I think that has helped drive innovation.

We deal with a lot of contractors and some of them are husband-and-wife teams. We now see some family contracting companies being taken over by daughters, not just sons. Things are slowly moving in the right direction in terms of gender diversity in the industry and I am proud that Ritchie Bros. is at the leading edge. Not because it is politically correct, but because it is good for business and the right thing to do.

CEG: You also speak of the benefits of diversity of thought. What are some of the diverse ways of thinking that you try to bring together?

Saligram: It is very important to have people who are different than you. I want people who have points of view and bring a perspective to the job, so we can debate issues. That is what makes a strong, vibrant company. We can think about things from different angles and through that debate we can create ideas and drive innovation. We are all wired differently, and discussions are enriched by the different thinking. However, when we come to an agreement, the debate ends and we are unified.

CEG: You have just turned 63, so this is not a retirement interview. Is there a particular industry or situation that you have a hankering to get involved in next?

Saligram: Right now, I am very focused on a smooth transition here at Ritchie Bros. One thing for sure is that I will not work for any competitor to Ritchie Bros. We will see what life holds for me, but I can tell you whatever I do next it will not be in the auctioneering business. I'm leaving a little bit of my heart behind at Ritchie Bros.

Saligram is leaving Ritchie Bros., the Vancouver, BC, Canada-based company, October 1 and will move back to Chicago from where he periodically commuted to while working at Ritchie Bros. He said his decision to step down as CEO was entirely predicated on his desire to live closer to his wife and family. CEG