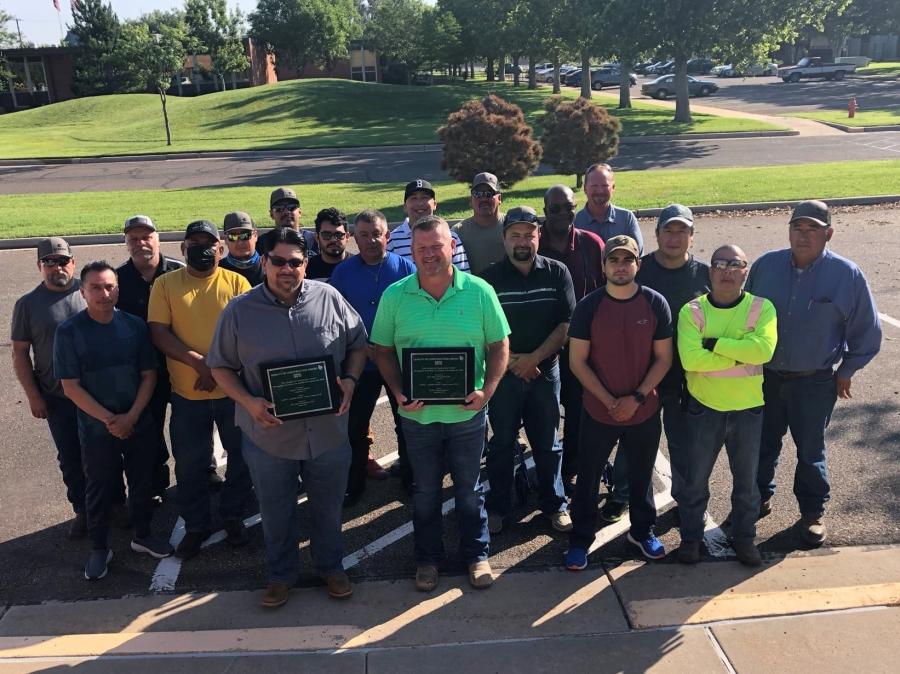 The RK Hall team celebrates the award for the I-40/US 60 hot mix overlay project in Potter County, a 4.5 mi.-long project that featured three bridges in each direction.

Contractor RK Hall and TxDOT's Amarillo District and have been awarded the Quality in Construction Award by the National Asphalt Pavement Association. The award is for the I-40/U.S. 60 hot mix overlay project in Potter County, a 4.5-mi. project that featured three bridges in each direction. The project began in June 2019 and was completed in August 2019.

The award presentation was held on July 30, 2021, at TxDOT's Amarillo District Headquarters.

To be eligible for that award, the project was first recognized by the Texas Asphalt Pavement Association, an honor received in September 2020.

Representatives from both TxDOT and RK Hall noted that this is not an easy award to win, but that communication and teamwork played a big role in being able to celebrate the success at the award ceremony. 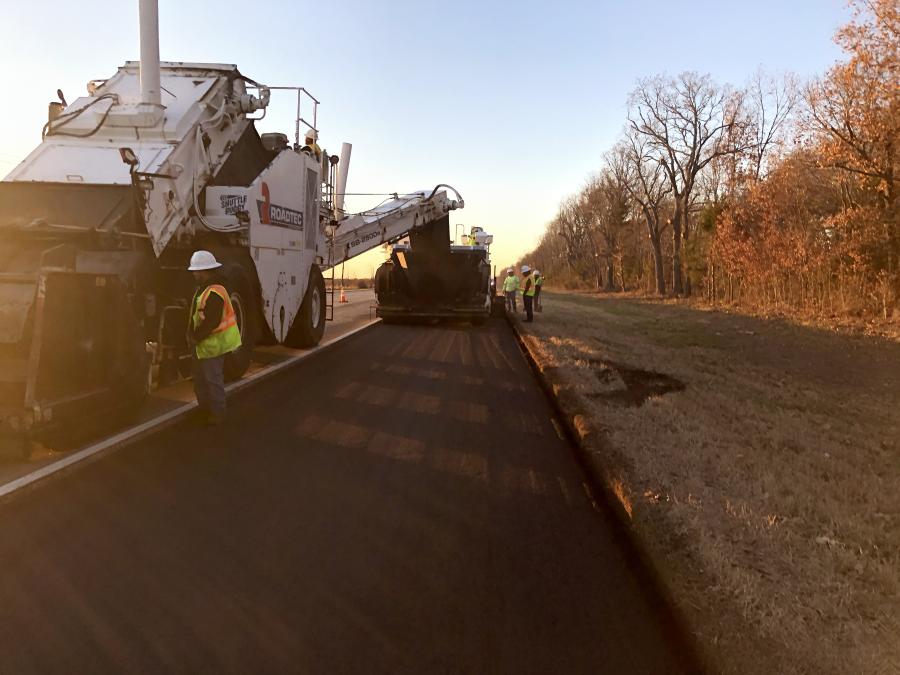 "It starts in the pit, making the material, getting it right, hauling it to the plant, getting the design, stockpiling it, operating your plant right, keeping your tolerances down, getting it out to the road and keeping your laydown machine moving," said Kenneth Petr, director of construction of TxDOT's Amarillo District. "We appreciate RK Hall's desire to win this award."

Thomas Jones, area manager of RK Hall, noted that this was a tough project to get the right materials to blend together, but teamwork and patience won out.

"That communication we have from top to bottom is a real asset," Jones said. "I'm really proud of everyone and this award."

This was the second Stone Matrix Asphalt overlay project for the district. SMA is durable surfacing material used for heavily-trafficked roads. Dumas Area Engineer Bernardo Ferrel, who served as assistant Amarillo area engineer during construction of this project, said it was one his team was looking forward to and to win this award speaks volumes to all RK Hall strives to accomplish. Ferrell attributed the project's success to RK Hall's Amarillo crew.

"They take pride in their work from making sure that the paver keeps moving to staying on top of potential issues that could arise – that alone shows the pride that your crew has out there wanting to make sure the job gets done and that it gets done right," Ferrel said.

NAPA's Quality in Construction Awards recognize high-quality asphalt paving projects and are rated by independent engineers. All projects that meet benchmark scores are awarded with a Quality in Construction Award. This project will now compete with hundreds more across the nation for NAPA's prestigious Sheldon G. Hayes Award, which recognizes the country's highest quality highway pavements.