RL Causey Keeps It in Perspective By Putting People First 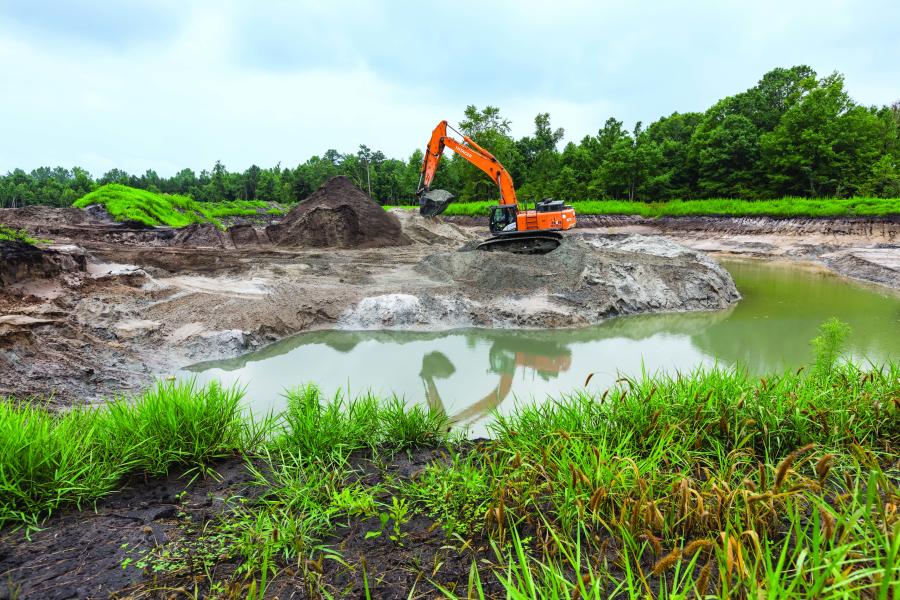 Robby Causey is a laid-back, simple guy. He's lived in Murrells Inlet, S.C., his whole life. His mom lives right down the road from him. He doesn't travel much and prefers to stay around the house. If he needs to get away from it for a while, he'll spend time at Garden City Beach — less than 30 minutes away.

Even though he's an even-keeled guy, Robby has worked tirelessly over the years to build his construction company, RL Causey, by hiring the right crew and taking care of them.

Today, RL Causey employs nearly 100 people. Despite its growth, the company has kept the feel of a tight-knit, family business. Robby's "better half," Annette, works in the office and helps run day-to-day business operations. In fact, Robby and Annette grew up together and went to the same high school.

"Without Annette, I probably wouldn't be here," he said. "She's very important to me. I've known Annette all my life, and it just clicked and works."

"Randy is our head estimator," Robby said. "He helps run the office and has been with me since the beginning. He is very well respected throughout the sitework industry."

Perhaps the friendliest employee in the office is Moose — Robby and Annette's 115-pound, 9-year-old chocolate lab. Annette takes Moose to work every day.

"If he's in trouble, it's her dog; if he's not in trouble, it's my dog," Robby laughed. "Doesn't matter what kind of day I've had, when I come home, he's wagging his tail and he's happy. So, it's just us three — Annette, Moose and me — and that's what I like."

Playing in the Dirt

While Annette, Randy and the team run the office (with Moose's supervision, of course), Robby's out in the field with his guys.

"I'm not much of an office guy," he said. "I talk with them probably five or six times a day, but I'm just not an office person. Never have been and I probably never will be. I'm an outside guy. If I don't get a phone call before 6:30 a.m., it's normally going to be a pretty good day. If it rains that night, well, then I know it's going to be a little bit of a rocky start because if you don't have plan B, C and D in effect, you've got problems."

"We play in the dirt," he said. "We do clearing, earthmoving, utilities — water, sewer, pipe — everything is pretty much done in-house, except for curb and asphalt. When I first decided to start clearing lots, I tried buying Hitachi. Mr. Roddy Stanton with L.B. Smith was my Hitachi dealer, and he got me hooked up with the guys at Hitachi. That's when I bought my first one, an EX200. I didn't forget that because he helped me greatly in getting it, and I've just kept right on with them."

Robby has worked with his current sales rep, Bob Simmons (formerly with L.B. Smith, now Flint Equipment), for more than 20 years. They play golf every Sunday and give each other a hard time.

"Bob has been great to work with over the years; just don't listen to anything he says about what happens on the golf course," Robby smiled.

RL Causey's Hitachi fleet consists of roughly 50 excavators ranging from a ZX35U-5 compact up to the ZX470LC-6. They still have an EX200 working on jobs.

"Hitachis are smooth and very reliable," Robby said. "We've still got some of the older machines and we use a lot of them for clearing, so that's why you see a little bit of bruises on them. They just keep right on running, though. When you've got an engine that's got 15,000 hours on it and you've never been into it, that's good in my book."

While Robby enjoys his work, he's thankful for his crew and makes them his first priority.

"I've got a great group of guys that work for me and have been with me for a long time. That means a lot to me," he said. "I'm a people person and I try to take care of my guys. It's not about me, it's about them. One that stands out is Joe Turbeville, who has been with me since the landscaping days, and has operated Hitachis for the company for all these years."

When it comes to equipment, Robby keeps his guys happy with Hitachi.

"My guys do not like to share; they keep their own equipment and I've accepted that," he said. "They take care of it and if something goes wrong, they know what happened and how it happened."

Bill Barber, operator for RL Causey, currently runs a shiny, new ZX350LC-6 and is a fan of it.

"This machine is sweet! It's as smooth as silk, really strong and stable, and has great power and speed," Barber said. "We've got a long stick on it since we have to dig down about 18 feet. It cuts through all the material like butter. The cab is so comfortable; it's like sitting at home watching a Green Bay Packers game."

Charles Johnson, another long-time operator for RL Causey, runs a ZX470LC-5 on a D.R. Horton residential development that will include 1,000 home sites. RL Causey is moving about 500,000 tons of dirt for the project, and Charles said he has the right machine for the work.

"Hitachis are smooth and move a lot of dirt — fast! Can't ask for anything better than that," Johnson said.

At the end of the day, Robby said it's his family and his guys that continue to inspire him to keep moving forward.

"I enjoy seeing the guys that work for me prosper," he said. "Whenever one comes to me and says, ‘I just bought a new house,' it makes me feel great. Or ‘I've got a new vehicle thanks to you.' I like that. To me, it's not about the money. I just like doing things for people, and it's just the way I was raised. I grew up with a loving family — not wealthy, not rich — just a great family. I've been well blessed. It's all good."