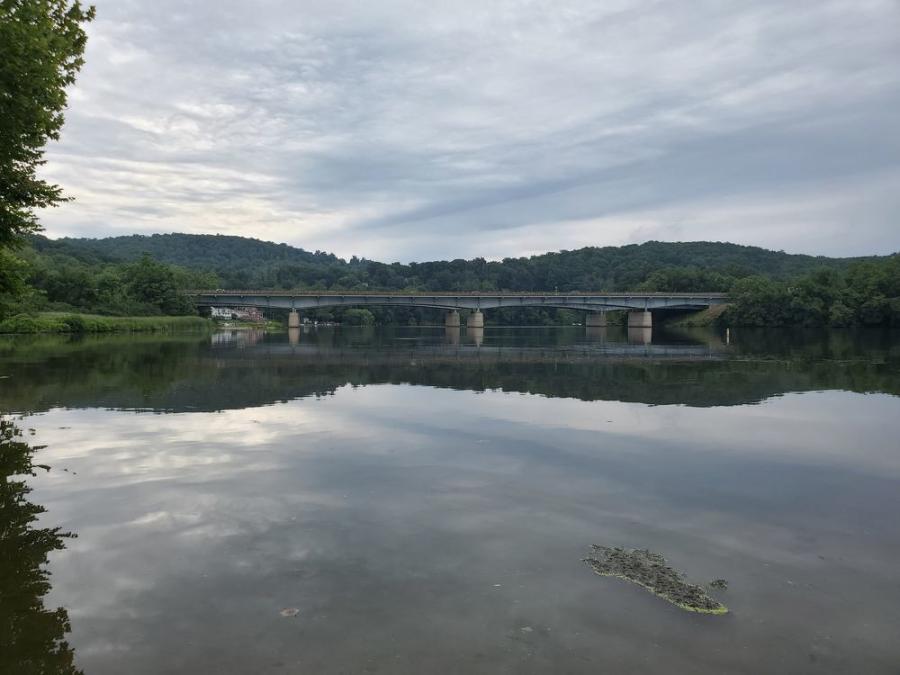 The Rochambeau Bridge carries I-84 over the Housatonic River and the reconstruction will require a work trestle and barges for work that will be done over the water.

The reconstruction of the Rochambeau Bridge, which is actually two adjoining bridges in Newtown and Southbury, Conn., began on June 15 and will continue until December 2023.

The Middlesex Corp. of Littleton, Mass., is the lead contractor in the $52.87 million job that is being financed by the Connecticut Department of Transportation (CTDOT). 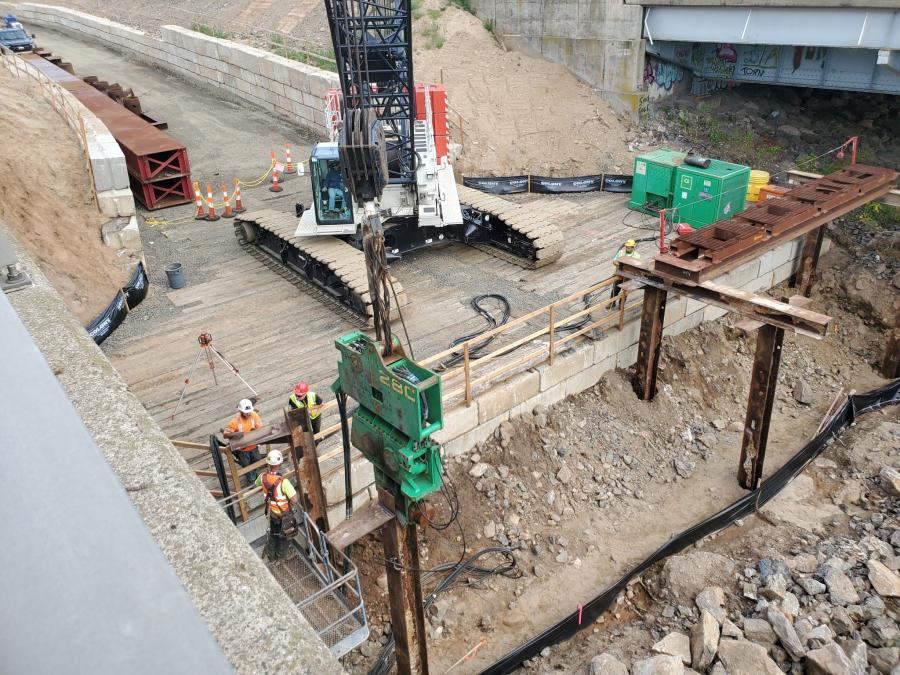 Andrew Walter, a Middlesex project manager, said crossovers have been completed that redirect lanes on the eastbound and westbound lanes of the current bridge and they will begin to build trestles that will precede the demolition of the bridges before they can be rebuilt.

The Rochambeau Bridge carries I-84 over the Housatonic River and the reconstruction will require a work trestle and barges for work that will be done over the water.

Christopher Zukowski, a CTDOT project manager, said demolition and new construction will require a work trestle for approximately two-thirds of the structure and barges for the remaining one-third, where the water depths are greater.

"We will build the trestle from the shore to the water before we begin demolition of the first superstructure," he said. "We are constructing an access road on the east and west sides of the bridge with the surplus excavated earth generated by these roads being transported to a TRSA [temporary reuse stockpile area] located on state property. By providing a location for the soil to be stored on state property, we can avoid the expense associated with sampling, testing and potentially having to dispose of the soil."

He said the trestle will consist of multiple bents, supported by 24-in. round steel piles that are driven into the soil and tested for their capacity based on their friction with the surrounding soil.

"Demolition will begin on the westbound structure once the trestle has been installed," he said. "It will progress first by removing the bituminous concrete overlay, followed by the removal of the concrete deck. This will be achieved through the use of a Caterpillar 349 excavator equipped with a slab crab bucket. The deck and parapet sections will be snapped off with this large excavator. The supporting rebar will be torch cut as needed."

Once the demolition is completed, both sections of the bridge will be reconstructed. 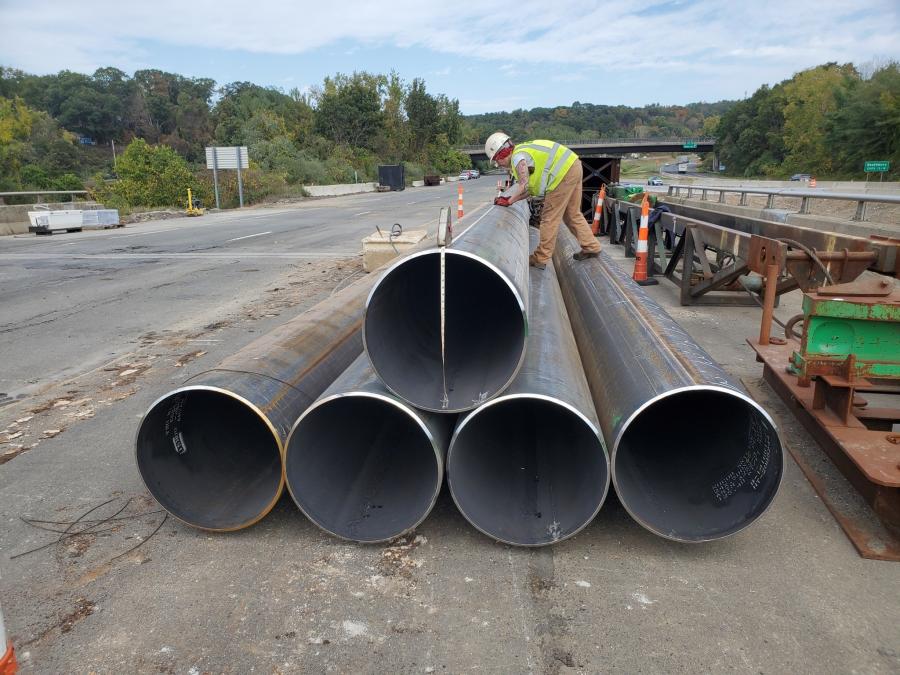 "Modification of concrete piers and abutments is required as the new substructure must be widened to accept the new continuous steel plate girders, which will support the new superstructure of the bridge," Bukowski said. "The new 8-inch thick concrete deck will then be formed and poured, followed by installation of a cold applied membrane. A bituminous wearing surface will then be installed."

The job will take three years and is being done to maintain bridge traffic.

"It is a long duration project because each structure is done independently, so the impact to the public is minimal," Bukowski said. "Two lanes in each direction will be maintained with lanes closed only at nights for new steel delivery."

The department of transportation is thrilled that the use of crossovers through the median are possible on this project, he added.

"This technique will reduce the impact to the traveling public by maintaining the two travel lanes in each direction through the work zone for the entire duration of the project. We understand there is a cost associated with slow or stopped traffic and try on every project to include new and innovative ideas and techniques to reduce or eliminate delays to the public."