The celebration, held at the company's Springfield, Ill., branch, also featured an open house that treated visitors to demonstrations of Komatsu intelligent machines. 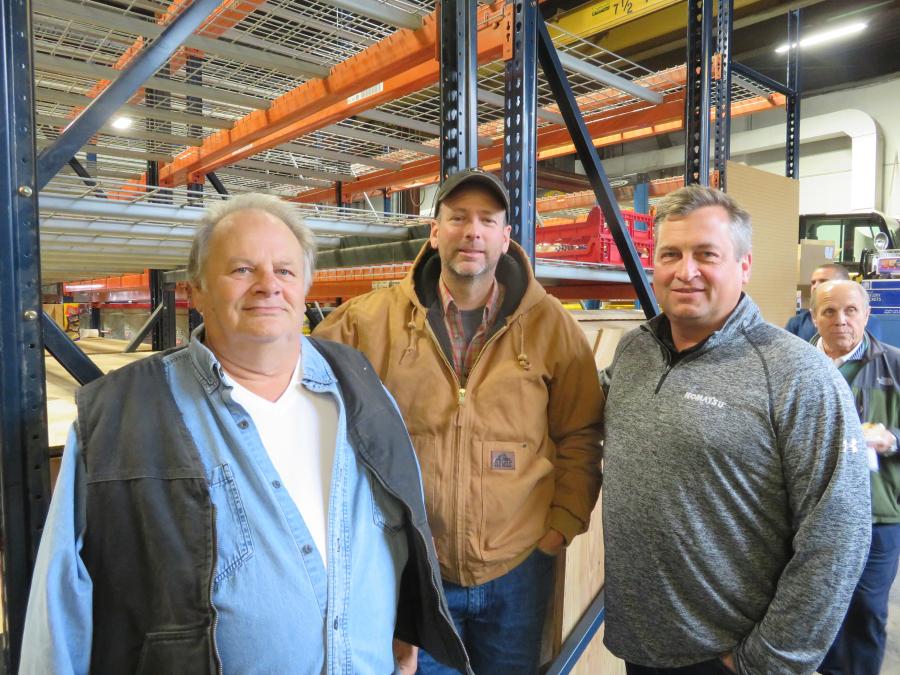 Roland Machinery was founded in 1958, when family patriarch Earl Roland was offered a dealership as a partner in Springfield. He and his partner, Ken McElroy, who had managed a branch for the Altorfer's Caterpillar dealership in the Quad City area of Iowa, named their new venture the McElroy-Roland Machinery Company. Together, they gradually achieved success selling International Harvester Construction Equipment.

McElroy, who was 13 years Earl's senior, retired in 1970. Another major change occurred in the early 1980s, when Roland Machinery Co., as it was now known, switched from International Harvester to handling the Komatsu line of equipment.

The Japanese company was relatively new to the United States market at the time, and the changeover increased not only Komatsu's presence in the Midwest, but the presence of Roland Machinery, as well.

Expansion continued in 2017 as Roland added a branch in Peoria, Ill. In 2018, Roland built a 9-acre, 24,000-sq.-ft. branch in Raymond, Wis., and acquired Heavy Equipment Specialists LLC, in Slinger, Wis., raising the number of its full-service facilities to 17. 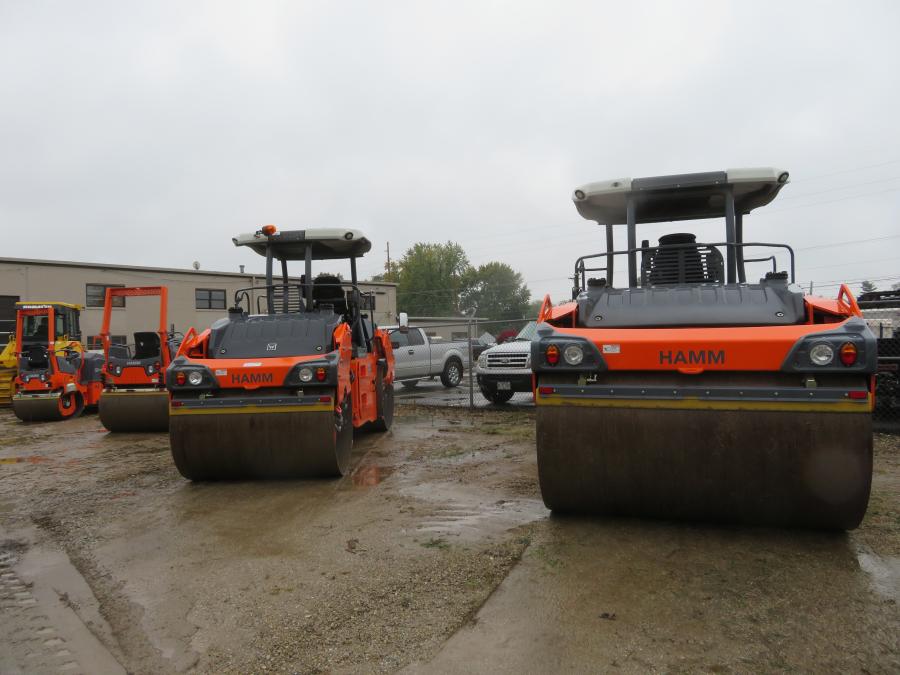 The company has more than 375 employees, including a service staff of technicians who are required to undergo a minimum of 60 hours of training per year. Because of its high professional standards, Roland Machinery is continuously recognized as the best-trained Komatsu dealership.

Roland continues to expand its rental presence in the marketplace. All 17 facilities have access to a large rental fleet that includes excavators, wheel loader, dozers, articulated trucks, mills, rollers, crushers, screens, air compressors, hammers, along with many specialty attachments. Rentals account for a significant portion of Roland's business volume.

Over six decades, the idea of family became the driving force behind Roland Machinery's longevity and continued success. The company is now run by the second and third generations of Rolands. Earl passed away in 2013, but with his son Ray as CEO, his grandson Matt as president and his granddaughter Rachel Pennell heading up human resources, the dealership he created is still widely regarded as one of the most successful in North America.

The recipe for that success has been, and remains, simple — represent a great product line and meet customers' needs through excellent product support and service. Staying on a successful track for 60 years means always finding new ways to gain an advantage over the competition and hiring people who have the same goal in mind.

As a family business, Roland Machinery understands that customers are buying much more than just product: Every time they purchase or rent equipment from the company, they are investing in the family's reputation.

"The selling of construction equipment is a demanding job if done successfully," Earl Roland once said. "Not only is there a lot of preparation time in selling a big ticket item, but the after sale attention to the customer is not only expected, it's demanded!" 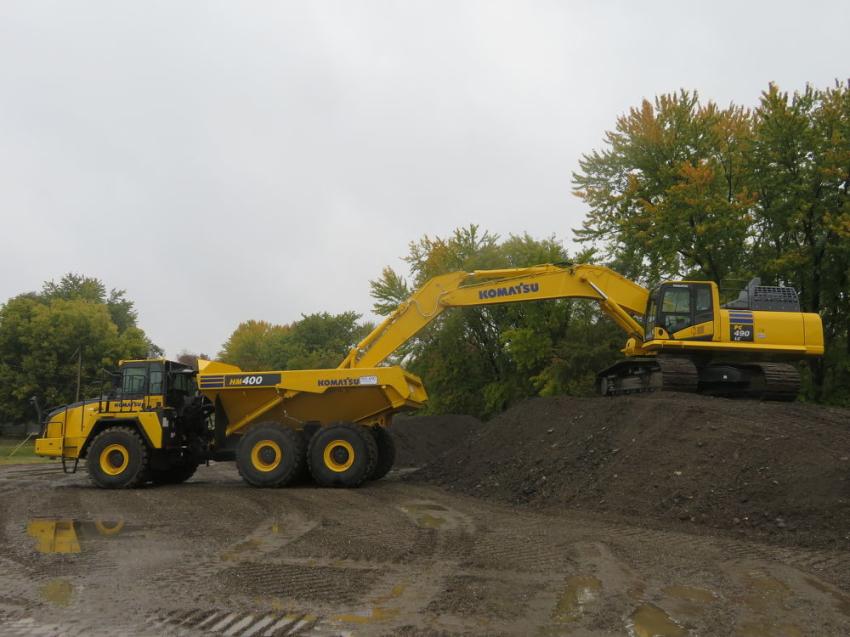 Roland Machinery Co. customers saw a wide range of Komatsu iron at the open house, such as this HM400 articulated truck and PC490 excavator. 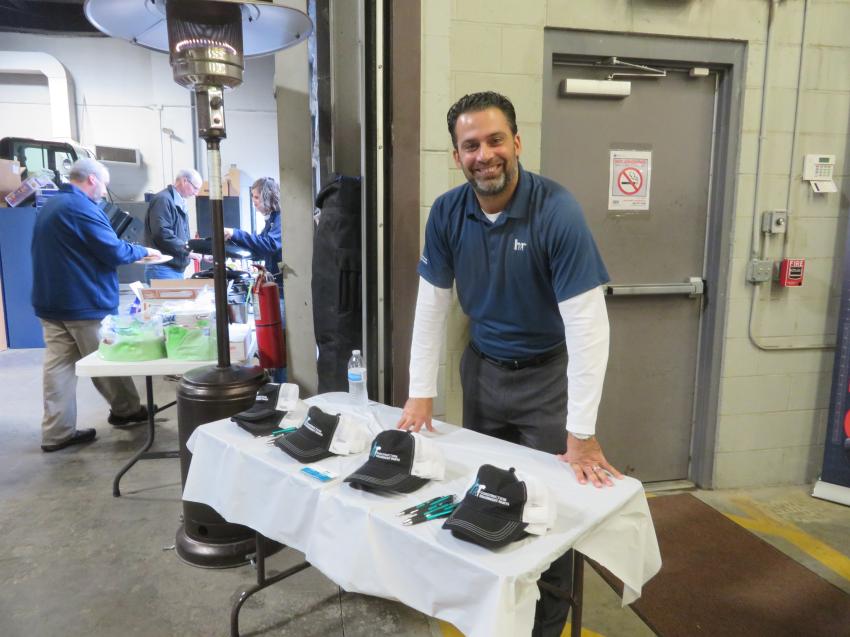 Brain Corbett of H&R Construction Equipment Parts Inc., Buffalo, N.Y., was on hand to answer questions from customers at the open house. 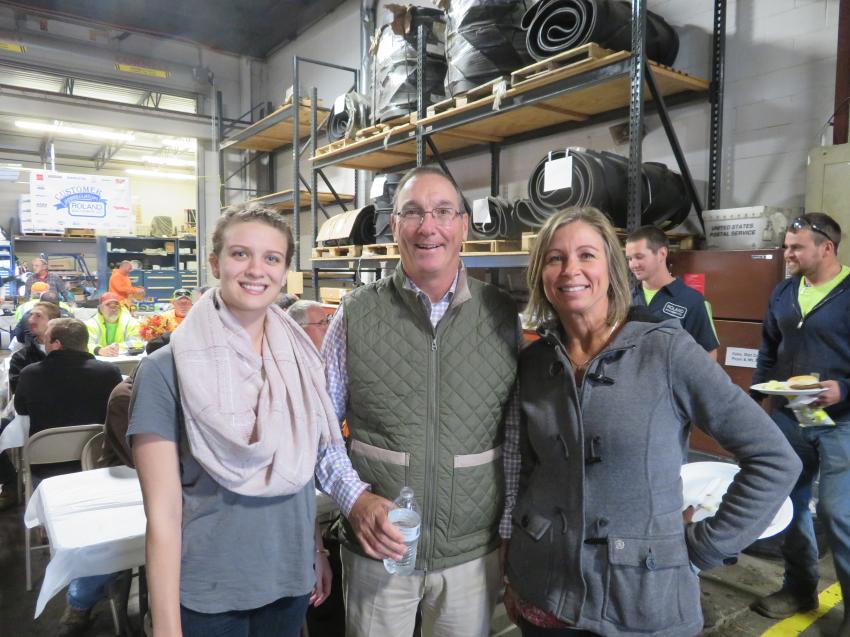 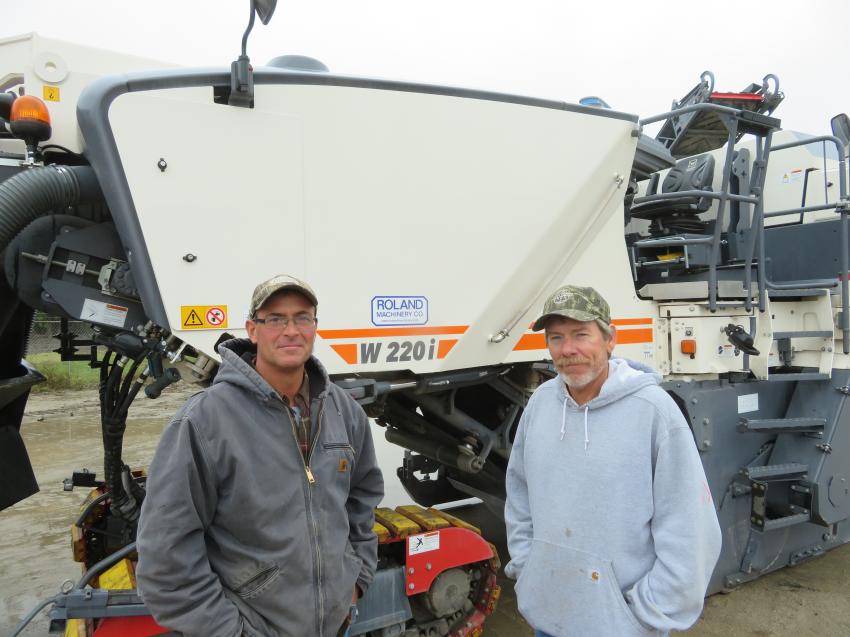 Greg Beyers (L) and Joe Telford, both of Dunn Company, meet in front of the Wirtgen W220i milling machine. 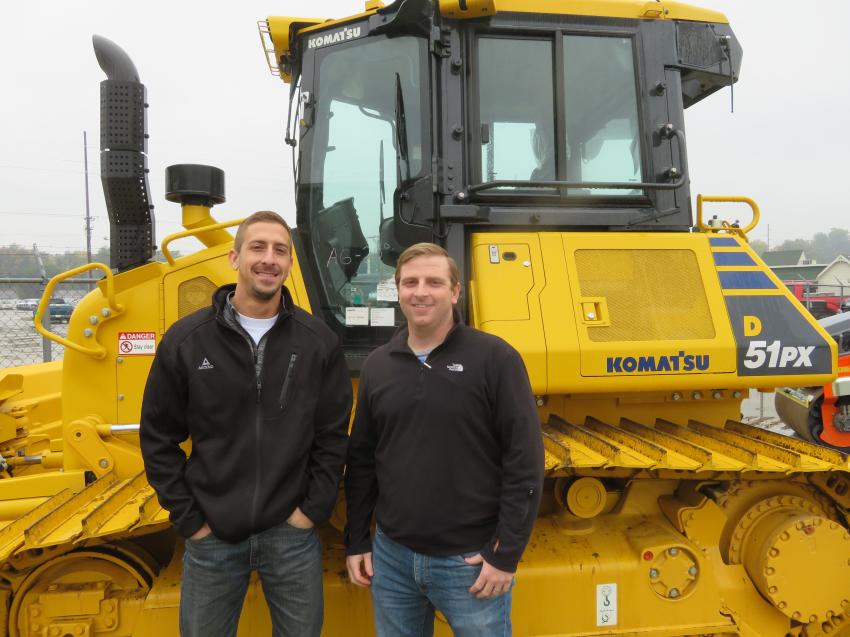 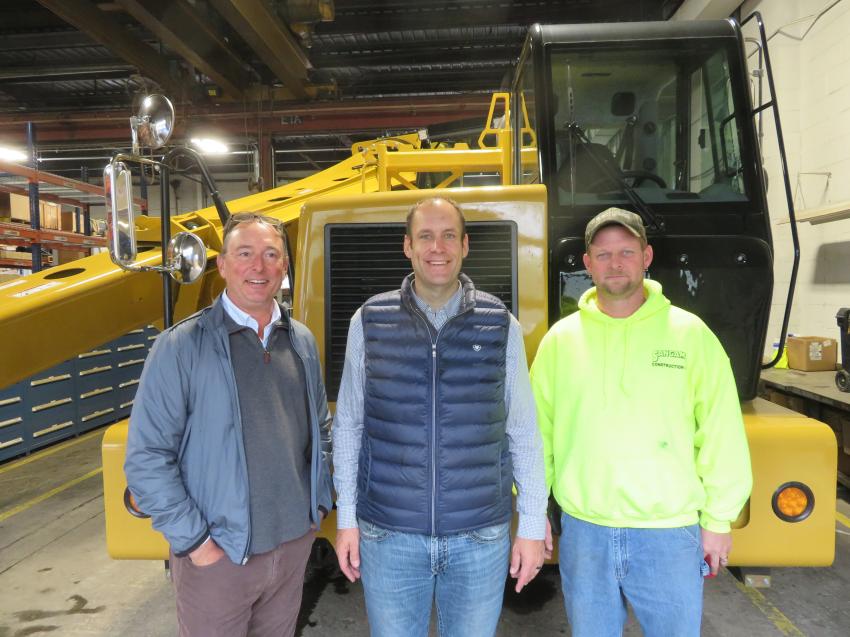 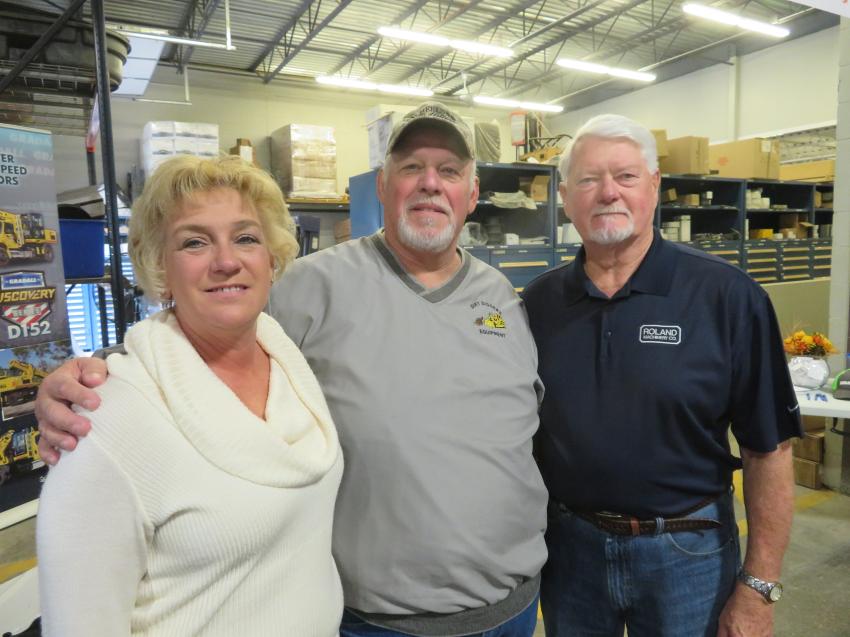 Old friends who took the opportunity to catch up at the open house (L-R) included Debbie and Neal McDowell of Dirt Diggers Equipment and Jerry Eastburn, a Roland Machinery Co. retiree. 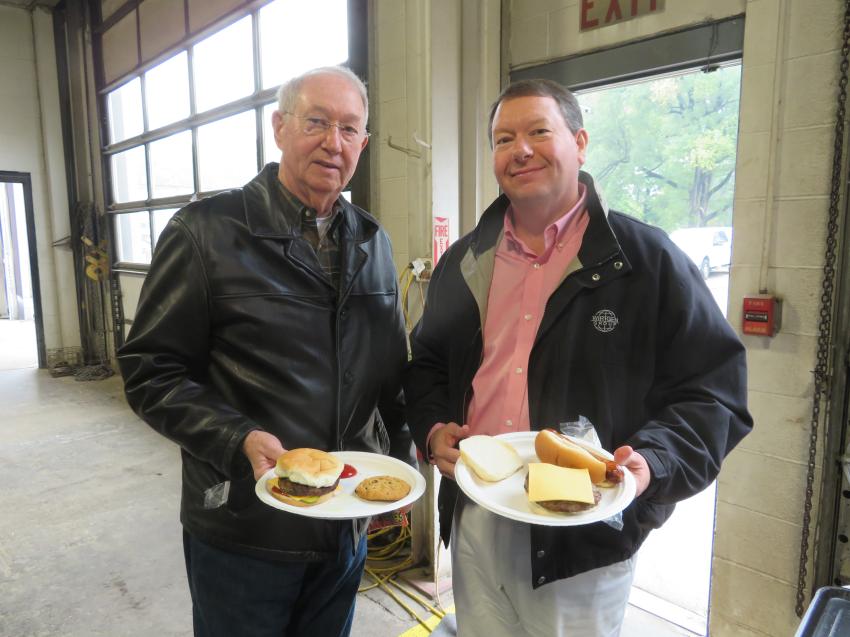 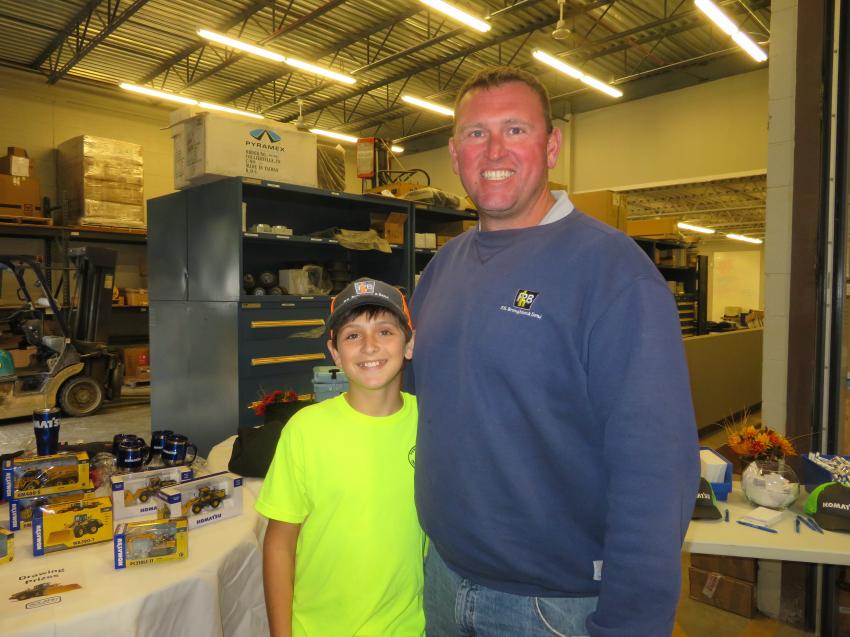 Josh Broughton of P.H. Broughton & Sons brought his son Connor to the open house to check out the Komatsu iron as well as the other lines of equipment Roland Machinery Co. has to offer. 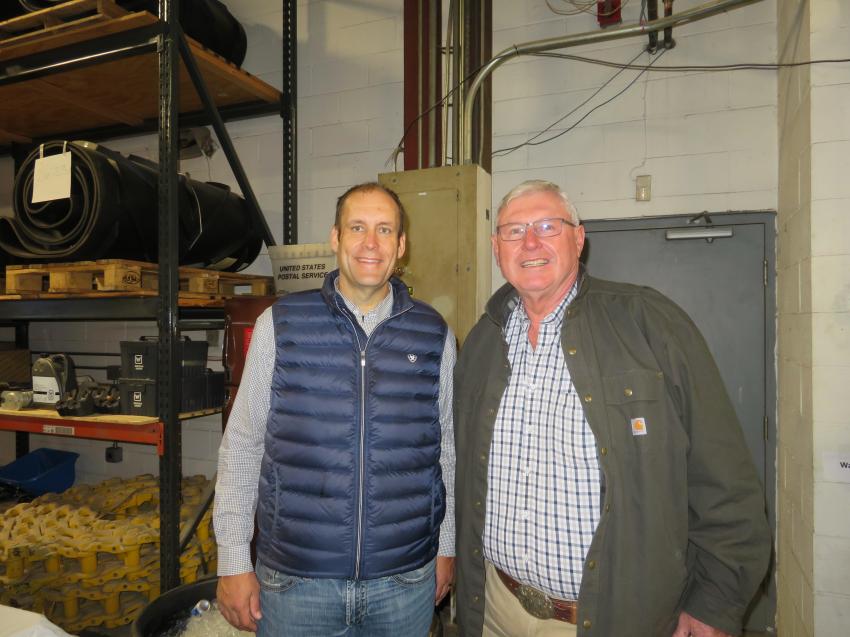 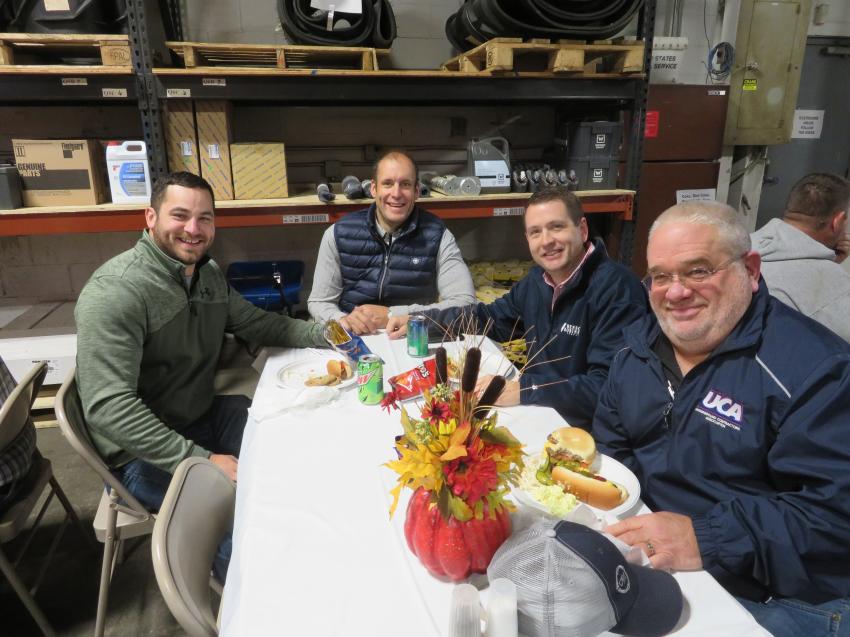 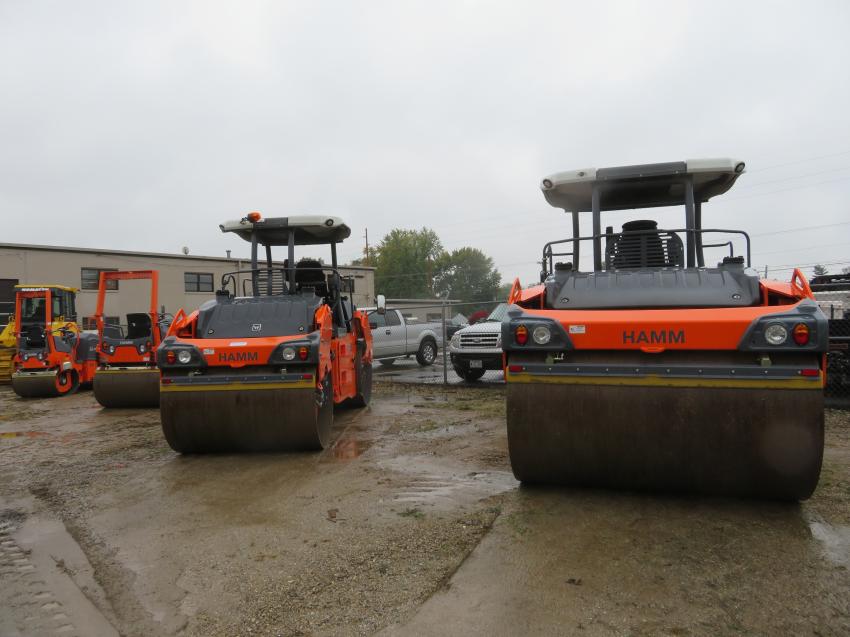 The open house featured a display of Hamm rollers. 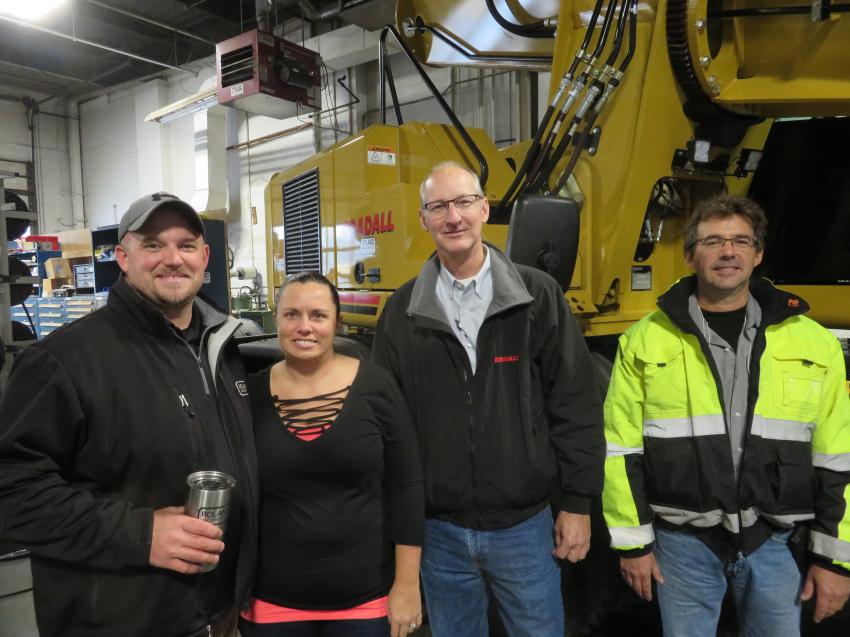 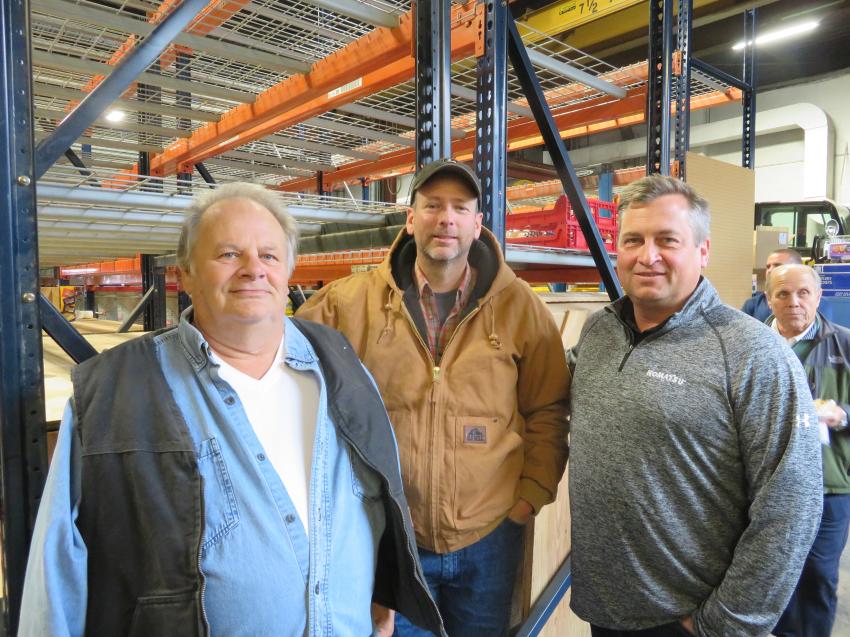 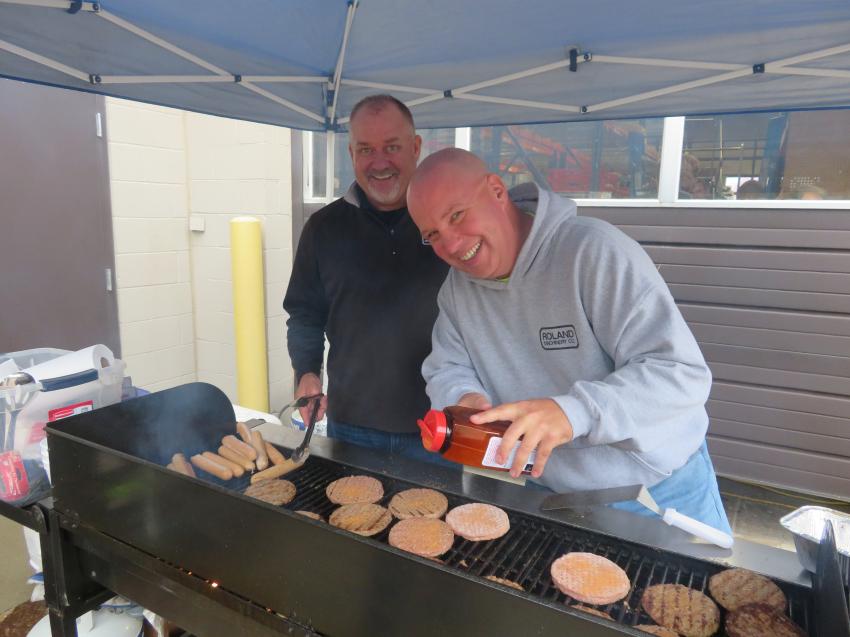 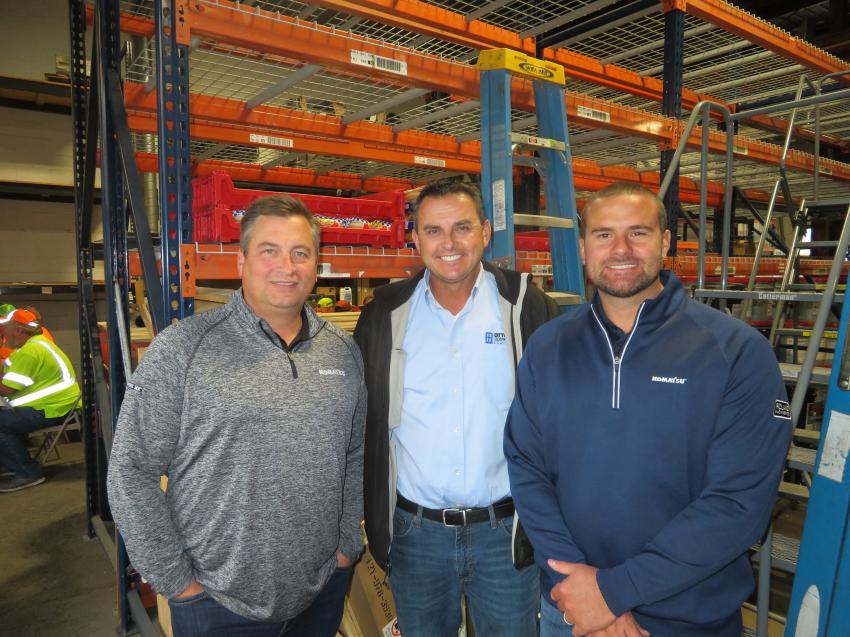 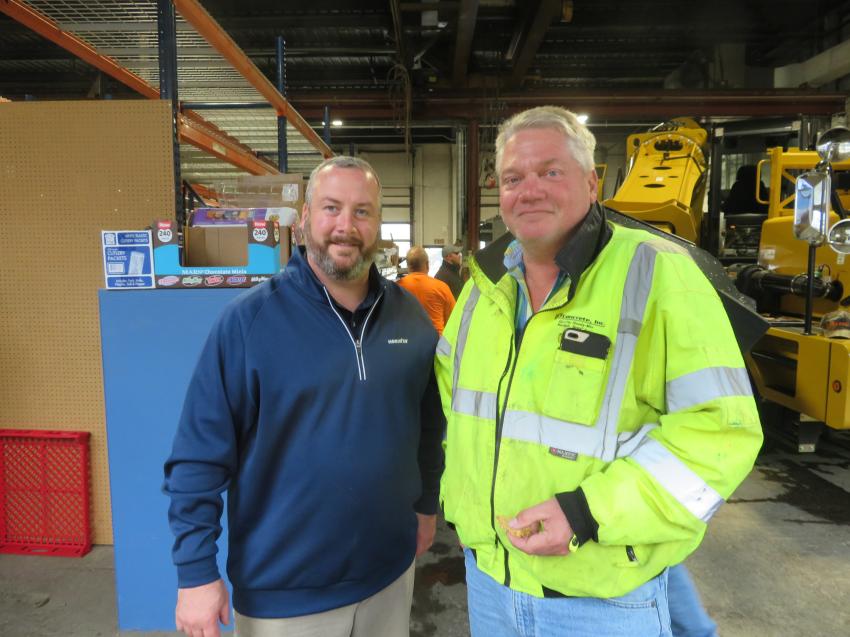