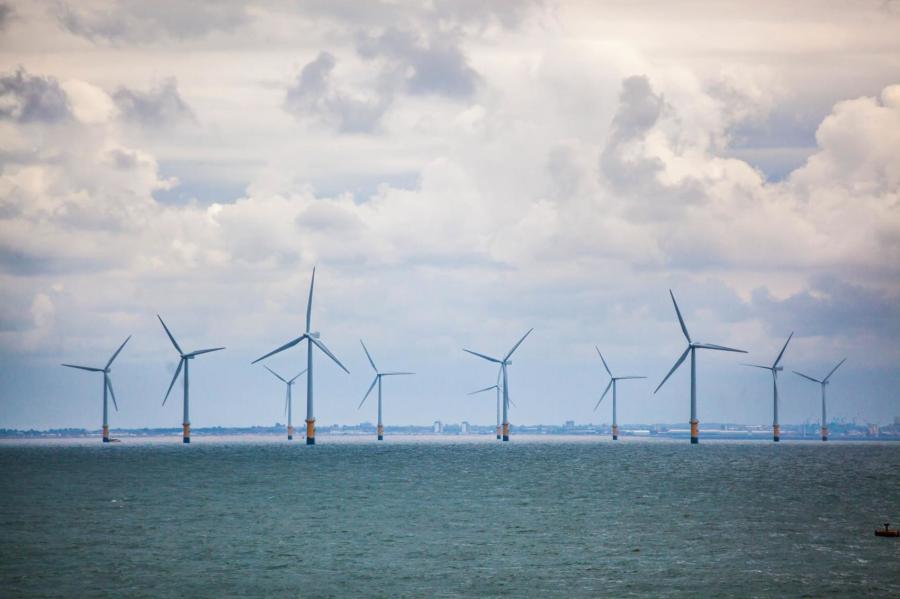 One of Ørsted’s projects, Burbo Bank produces enough electricity to power more than 80,000 United Kingdom homes annually. The turbines are in Liverpool Bay on the Irish Sea. (Ørsted photo)

Ørsted submitted a bid to the New Jersey Board of Public Utilities (NJBPU) Dec. 28 to build its Ocean Wind project in response to the first offshore wind request for proposal under Gov. Phil Murphy's clean energy agenda, according to a release.

The proposed Ocean Wind project would be located 15 miles off Atlantic City, a significant distance away from the coastline and residential communities.

Should Ocean Wind receive approval from the NJBPU, Ørsted will work with Public Service Enterprise Group's non-utility affiliates, which would provide energy management services and potential lease of land for use in project development. PSEG, which has a long history in New Jersey as well as a decade-long partnership with Ørsted, will have the option to become an equity investor in the project.

"Today is an important milestone in the state's desire to build out its renewable energy portfolio," said Thomas Brostrøm, CEO of Ørsted US Offshore Wind and president of Ørsted North America.

"As the global leader in the development of offshore wind, we are confident in our ability to deliver a comprehensive, competitive project that will help Gov. Murphy achieve his goal of 3,500 megawatts of offshore wind by 2030, while boosting the economy and creating jobs," he said.

As presented in its proposal to the NJBPU, the Ocean Wind project will:

Ocean Wind is a proposed offshore wind project located 15 miles off the coast of Atlantic City, New Jersey, to be developed by Ørsted, a global leader in offshore wind.

Ocean Wind brings the experience of developing 25 projects around the world, on time and on budget. Ocean Wind's proposed offshore wind project will create up to 1,000 jobs per year during a 2- to 3-year construction cycle and an additional 100 permanent jobs to support the 25-year life of a typical wind project. It will drive economic growth and provide cost-competitive clean energy.

About Ørsted US Offshore Wind

Ørsted US Offshore Wind delivers clean, renewable energy along the U.S. Eastern Seaboard. It operates the Block Island Wind Farm, America's first offshore wind farm, and has a comprehensive geographic coverage with the largest pipeline of development capacity, totaling more than 8 gigawatts in seven states. It is jointly headquartered in Boston, Mass., and Providence, R.I., and employs more than 75 people.