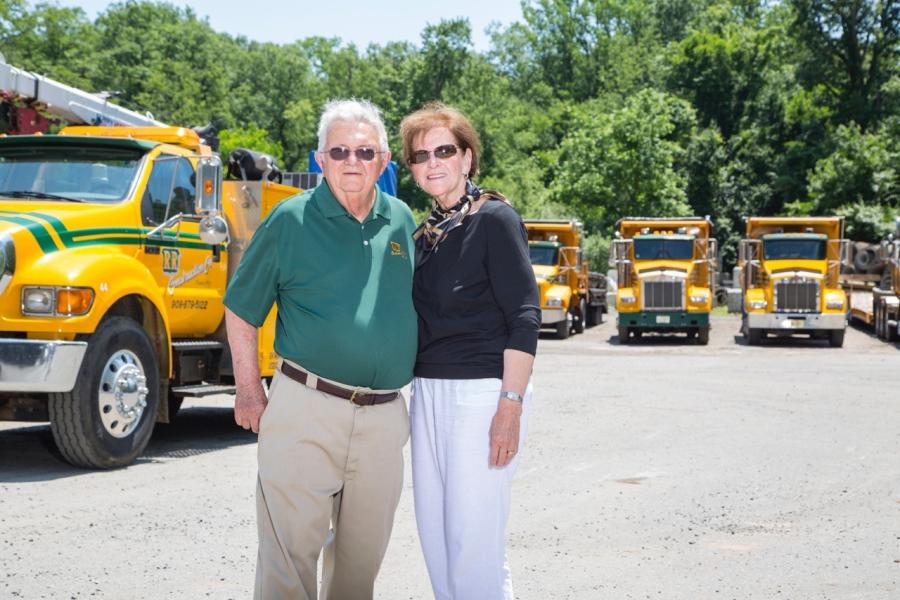 He was born in Amityville, N.Y., to the late Mildred (Ader) Duryea and Russel L. Duryea Sr. Mr. Duryea Jr. spent his childhood in Gladstone, N.J., and graduated from Bernardsville High School in 1956. In January 1960, he met Marie M. Dilley and they married in June. After living in Chester Borough, they moved to Flanders, N.J. In 1969, they bought their forever home and business property in Chester.

Mr. Duryea Jr. was the president and visionary of R & R Construction Co. Inc., which was founded in 1960.

The company started with one backhoe, a dozer and a dump truck. Soon people started noticing the yellow and green trucks that were always spotless, moving from job to job.

For many in the local community, farmers and other contractors, Mr. Duryea Jr. was just a phone call away. He took pride in having just the "right tool or part" when someone was in need. This passion, grit and commitment proved to be the right combination for R & R's success.

Today, R & R employs approximately 60 dedicated employees who perform site work, install utility pipe, earth moving and paving. R & R has a full fabrication and heavy equipment repair shop on site as well, performing outside repairs for local contractors and farmers. Mr. Duryea Jr.'s ability to dream, create and solve problems were the pillars of his longevity in construction. The importance of well-maintained clean equipment will always be part of the R & R story. He read every construction newspaper, journal, and engineering magazine, as well as the Lancaster Farmer. It was said, "He was an engineer without a degree." His motto was, "If you cannot buy it, let's build it!"

"Russ was the patriarch of his family and R & R and his presence was felt every day," said Rusty Fricke, vice president/treasurer of R & R, as well as son-in-law of Mr. Duryea Jr. "In my 25 years of working with Russ, he was never late despite not using an alarm clock! He was so well respected throughout the industry, locally and nationally. Russ, along with his wife, Marie, had a great presence in the construction industry. They were a talented team, and each epitomized strength and dedication to their family, employees and community. It was never about money for Russ; he just loved what he did."

Although there were no "days off," Mr. Duryea Jr. loved the thrill of construction auctions, farm shows, NASCAR and Dirt Track races and ConExpo. He always enjoyed bringing back to the R & R's yard his latest auction purchases, BBQ smokers and spice rubs from the vendors. A "good year" also saw a new-fashioned fly swatter from his travels.

Mr. Duryea Jr. was a member of several organizations, including the past president of LICA, past chief of Flanders Fire Department, honorary member of the Chester Fire Department, EMCA, NFIB. He served on the Pleasant Hill Cemetery Board of Trustees and supported the Community Presbyterian Church of Chester.

Nov. 19, 2021, at 5 a.m. was the final day Mr. Duryea Jr. opened the R & R shops, greeted his men and handed out paychecks. The laughs, stories and camaraderie of this "Friday ritual" sustained him through his illness.

Marie, Patricia (Mr. Duryea Jr. and Marie's daughter) and Rusty are extremely proud and humbled to continue the R & R legacy by working alongside the talented employees of R & R Construction Co. Inc., the company said.