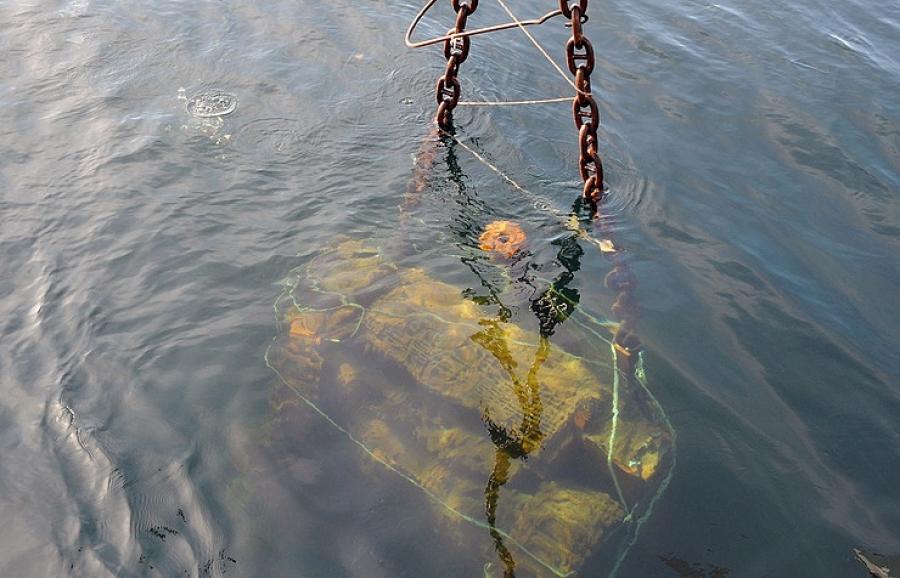 Attempting to recover it will be one of the Northern Fleet rescuers' most difficult missions, which is why the group has put together a special task force, including a KIL-143 crane ship a rescue vessel and a PK-7500 floating crane, Tass reported. (Photo Credit: Russian Northern Fleet service/Tass.com).

According to Fleet Search and Rescue Operations Chief Captain 1st Rank Vladmir Gorban, crews will work through 2018 to restore the crane before using it to recover equipment on the Thomas Donaldson transporter, which sank to the bottom of the Arctic Sea in WWII, Tass.com reported.

The U.S. tried to deliver the equipment, which Gorban said was provided to the Soviet Union under the Lend-Lease agreement, during WWII. The U.S. transporter was built in 1944 and was sent out on one of the last Arctic convoys by allies of the anti-Hitler coalition.

The transporter was carrying arms, munitions, a locomotive, tanks and other machinery as it headed toward Murmansk, a city in northwestern Russia. In 1945, a German submarine torpedoed the transporter, sinking it 55 meters deep near the Kola Bay entrance.

Attempting to recover it will be one of the Northern Fleet rescuers' most difficult missions, which is why the group has put together a special task force, including a KIL-143 crane ship a rescue vessel and a PK-7500 floating crane, Tass.com reported.

"Generally speaking, this floating crane is unique,” Gorban said. “It was previously a self-propelled machine and travelled to Novaya Zemlya [an archipelago in the Arctic Ocean] on its own. It can submerge its hook down to a 100-meter depth. The crane has a cargo site, onto which it can unload up to a thousand tonnes of cargo."

Gorban also said while it is important for the Northern Fleet's specialists to recover any artifacts found, that task isn't the primary focus.

“The most important thing is to polish up the professional skills of the divers and operators of unmanned submersibles in the open sea,” Gorban said. “It is one thing to work in the gulf where conditions are quite convenient, if not comfortable, but it's really another thing when you work in the sea where the swell can rise."