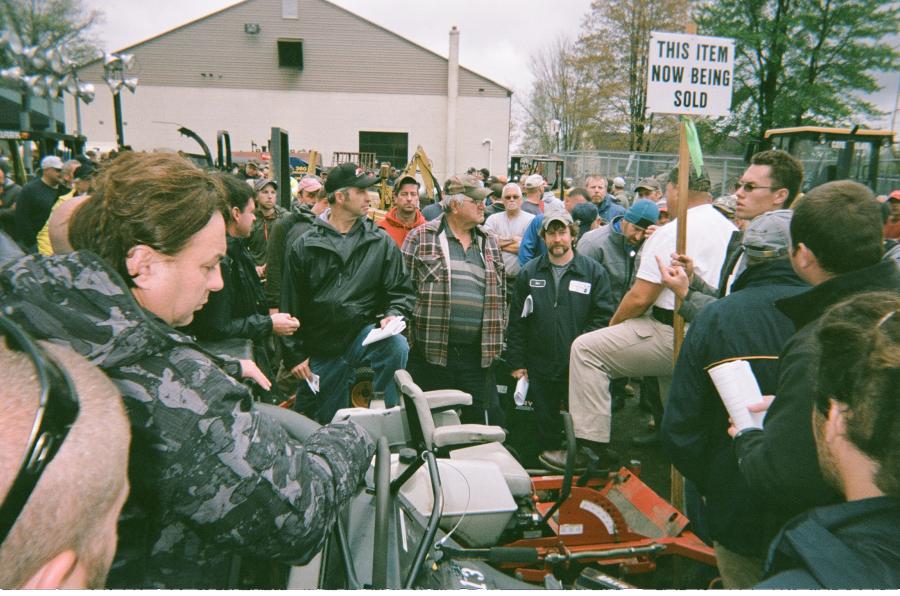 The crowd gathers around to bid on equipment during the Sales Auction Company auction.

Sales Auction Company held a public equipment auction on May 6 at its headquarters in Windsor Locks, Conn.

Bidders came from all over the Northeast, including the Freundschuh family, who trekked down from Buffalo, N.Y. Tim Freundschuh brought his two sons – Hunter and Austin – who loved climbing aboard the equipment.

All six New England states were represented, along with states along the Eastern seaboard and beyond.

“This is a great place and a tremendous event,” said Carl Jefferson, who attended with his uncle from Exeter, R.I. “They do it up right here and we looked at a ton of great equipment, bid, and we will be back.”

Upcoming Sales Auction Company auctions will include a complete liquidation event on June 17 at its South Windsor, Conn., location. — CEG