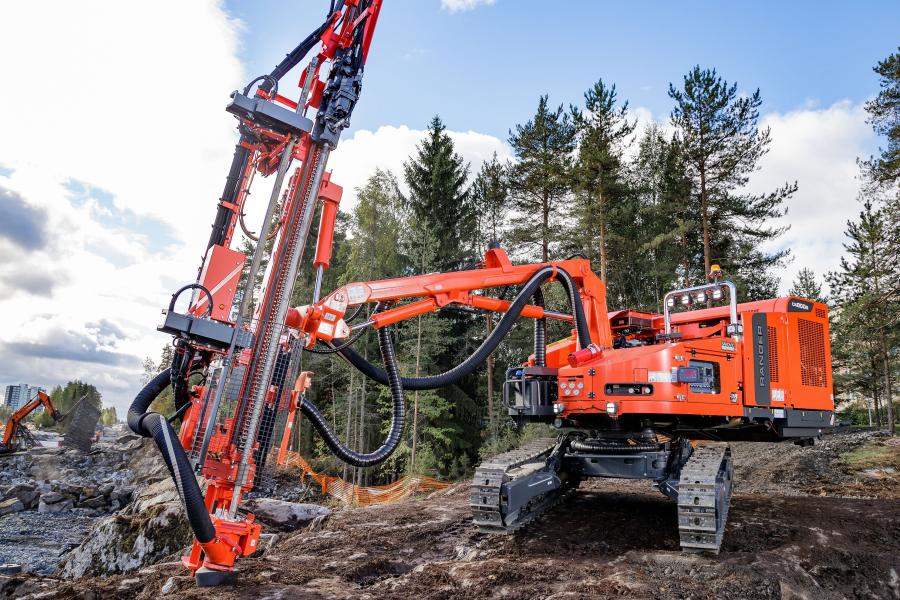 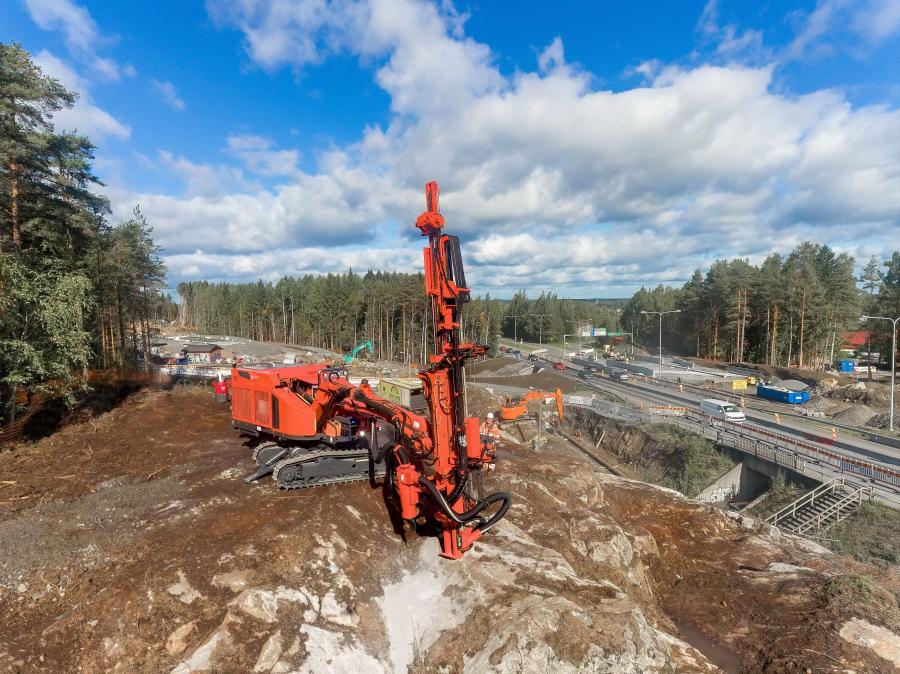 New Ranger DXR drill rigs can reach places that are off-limits to operators and where other drills fail to operate. They essentially offer the characteristic of conventional Ranger DX series drill rigs, reliability and large drilling coverage area from the standard 189 sq. ft. (17.6 sq m) to an optional 248 sq. ft. (26.4 sq m), in a lighter and more mobile package — a superior solution for hazardous conditions where safe and productive drilling requires advanced radio remote control capabilities.

The non-cabin Ranger DXR drill rigs flourish on unstable benches and deep cuts typical to applications such as road and railroad construction, foundation drilling, trenching and pipeline contracts. The most hazardous of these extremely demanding jobs can be downright impossible without efficient remote radio control, which allows the operator to always choose the best position in terms of safety and visibility. The remote control panel also includes tramming control functionalities for fast hole-to-hole movements and precise hole spotting. 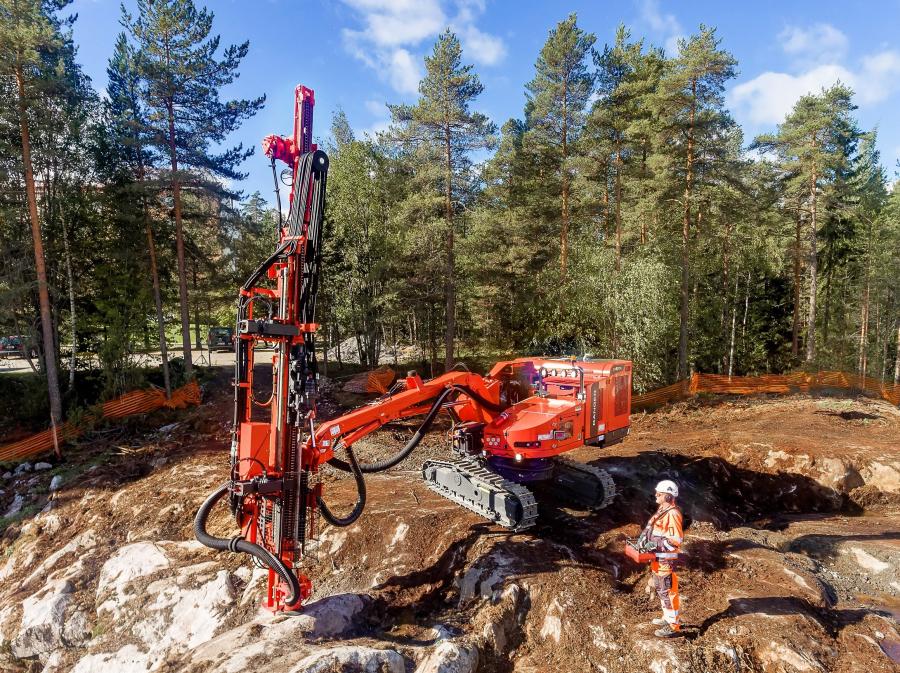 The revolving superstructure offers unbeatable drilling coverage and superior stability, due to the counterweight solution, and provides a solid foundation for drilling even on extreme terrain, according to the manufacturer. In terms of productivity, the revolving superstructure turns Ranger DXR truly to a powerhouse enabling up to 60 percent more holes to be drilled per set-up compared to conventional top hammer drill rigs. Together with powerfull rock drills and Rock Pilot+ drilling control systemthe Ranger DXR series represent the highest productivity in non-cabin drill rigs.

Ranger DXR series drill rigs are designed for 2½to 5in. (64 to 127 mm) hole size range, with drill rod sizes between 1½ to 2 in. (38 and 51mm). The standard configuration of the machine can be further boosted with more than 30 useful options, such as extended superstructure turning radius, advanced measurement systems and upgraded dust control.

Contractors active in urban areas are likely to find a particularly attractive option in Noise Guard, a simple and rugged cover structure offering a total noise reduction of more than 10dB. It could be a decisive advantage when competing for contracts with strict noise limits, according to the manufacturer.