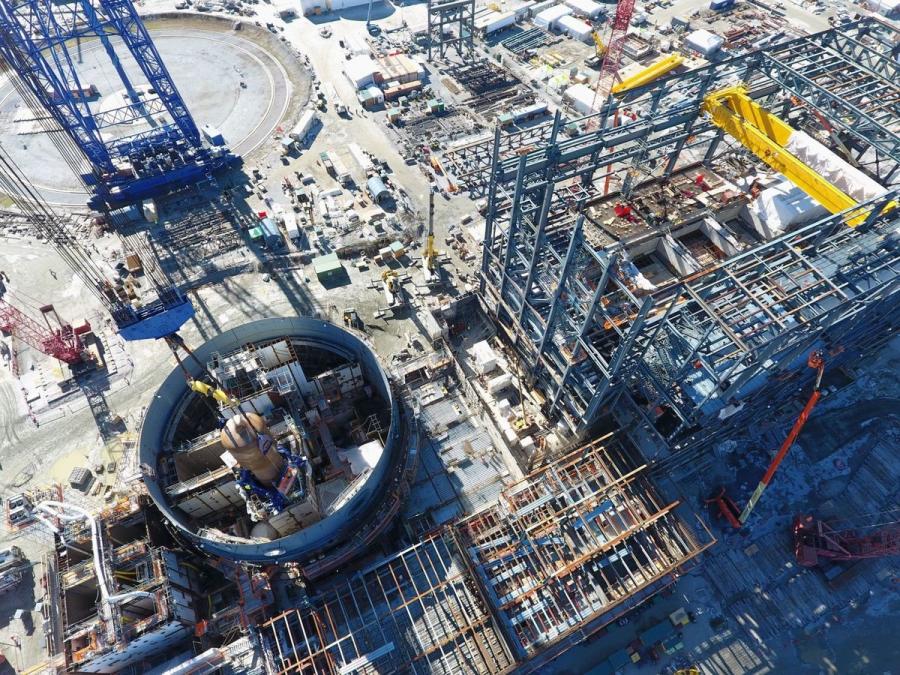 Santee Cooper and South Carolina Electric & Gas will halt work immediately on two nuclear reactors in the Midlands, S.C., ending months of deliberation over the future of the troubled project (Photo Credit: The Post and Courier).

Santee Cooper and South Carolina Electric & Gas will halt work immediately on two nuclear reactors in the Midlands, S.C., ending months of deliberation over the future of the troubled project.

The proposal was approved unanimously by the utility's board at a meeting in Columbia, S.C.

Afterward, SCE&G parent SCANA Corp. said it, too, had decided to scrap the project.

“We arrived at this very difficult but necessary decision following months of evaluating the project from all perspectives to determine the most prudent path forward," SCANA CEO Kevin Marsh said in a written statement. "Many factors outside our control have changed since inception of this project."

Marsh added: "Ceasing work on the project was our least desired option, but this is the right thing to do at this time.”

Santee Cooper executives said Monday they would seek to preserve the work that has been completed so far and look for buyers to take over the project. CEO Lonnie Carter says the Moncks Corner, S.C.-based utility now expects the project would cost 75 percent more than initially anticipated.

The decisions by Santee Cooper and SCANA come amid mounting cost overruns and growing doubts about the reactors' prospects. The expansion of V.C. Summer Nuclear Station in Jenkinsville, S.C. was budgeted to cost $14 billion — already billions above initial estimates — but the utilities say even the higher price tag was too optimistic.

Santee Cooper has raised power rates five times to cover the cost of the project, and SCE&G has increased its rates nine times.

SCE&G and Santee Cooper agreed last week to release Toshiba from the project in return for nearly $2.2 billion, potentially offering a lifeline for the project. But those payments aren't seen as a sure bet given the company's financial straits, and Toshiba is required to pay whether or not construction continues.

The utilities had hinted last week that their outlook on the project was dimming: They said their settlement with Toshiba wasn't likely to cover the full cost of construction, and that the project would cost more than expected.

And they said that the V.C. Summer expansion, already years behind schedule, was unlikely to meet a key deadline in 2020. That's when tax credits expected to cover more than $2 billion of the project's costs are set to expire.

"Based on these considerations, the alternatives of completing both units or one unit are subject to significant challenges," the utilities said in a joint press release last week.