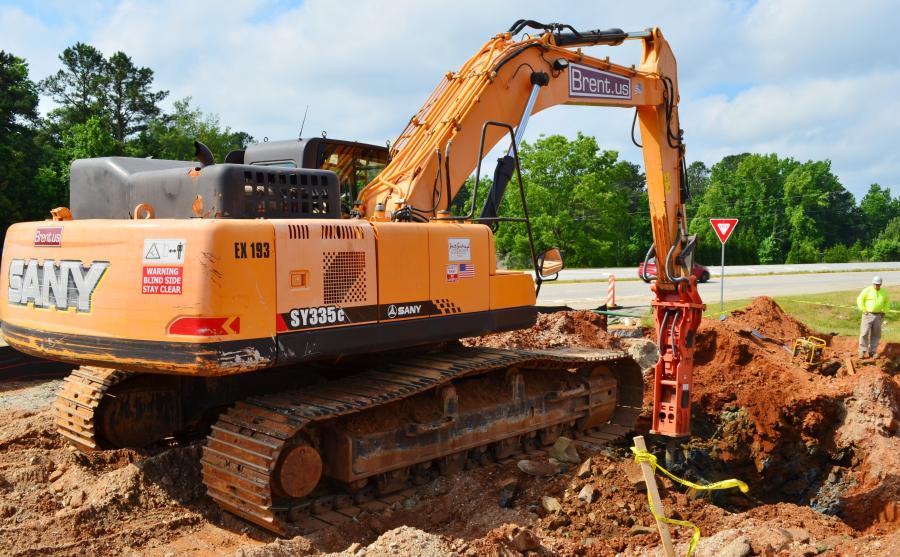 A SANY SY335 C works next to a highway in Dallas, Ga., at a clearing site for Brent Scarbrough & Co.

By-and-large, a fleet of earthmoving equipment on just about any given job site has a variety of manufacturer's machines from "the regular guys" and then maybe one or two from the newer "up and coming" manufacturers.

Brent Scarbrough & Co. Inc. rolled onto a job site in Dallas, Ga., with approximately 40 machines required for a five-month project. A notable 20 percent of those machines were SANY excavators. 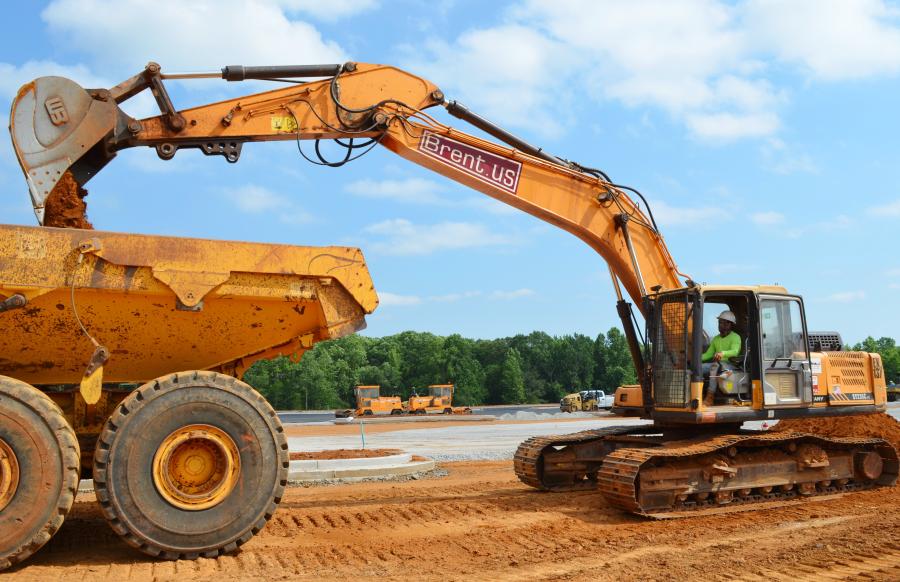 Brent Scarbrough & Co. Inc., based in Fayetteville, Ga., is well known for being a contractor who can handle the big clearing and site-prep jobs throughout the southeast. Among those was performing pipe work 10 years ago for a general contractor on SANY's new 420,000-sq.-ft. North American headquarters in Peachtree City, Ga. This project introduced the company to SANY equipment.

Charles Lane is the site superintendent of Brent Scarbrough & Co. on another clearing project in Dallas, Ga., which is a 19 acre parcel of land being prepped for a big box store. Lane has been on this job since February of 2020 and completion was scheduled for the last day of June.

Lane said that one of the SANY excavators on the job site working at the completion of the project, a SANY SY335c with a 4,500 lb. NPK breaker, had worked quite well for what he needed, as did the other three SANY machines with breakers for the required rock removal.

The machine/breaker combos that had been on the job site early on included a 5,000 lb. breaker on a SANY 500 for heavy rock breaking in a deep 24 ft. hole. This was the biggest hammer the company has and the largest used on the site. The smallest breaker on the job site was mounted on a SANY 235 and was utilized for pre-breaking rock down to a smaller size for loading the crusher.

Lane said that the reason Brent Scarbrough & Co. utilizes SANY machines as the carriers for all three of the hydraulic hammers being used on this job site is because they're pre-plumbed and ready for "plug and play" work. 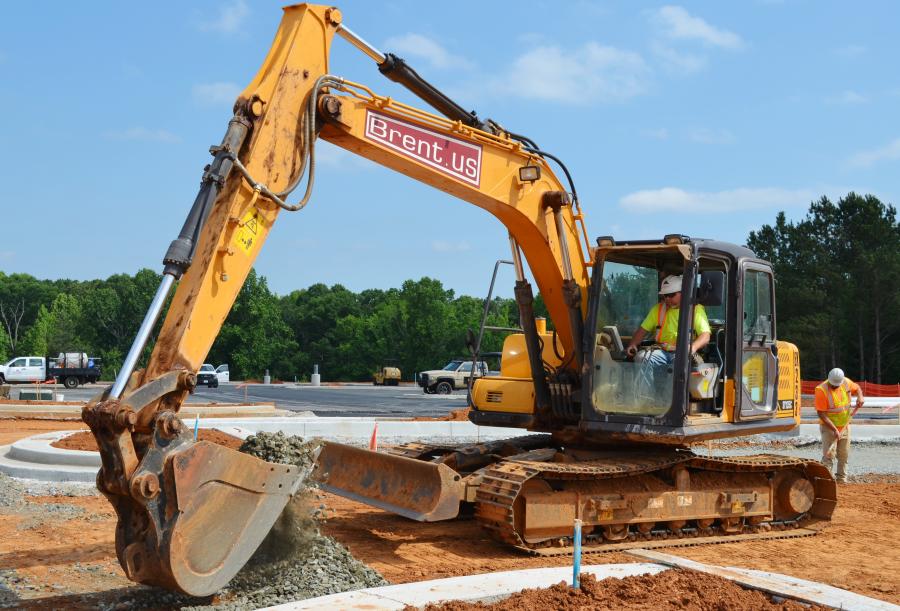 The smallest SANY excavator on the job was a SANY SY135C. This machine was utilized for light duty work, including back filling for curb and gutter, digging for sidewalks, backfilling parking area islands and small pipework. Lane said since it's a smaller and lighter machine, crews can get around on the asphalt easier than the big machines, even with the metal tracks.

As the final stage of the project was under way, a SANY 235C LC, one of the oldest SANY machines in the fleet, was hauled to the job site for loading off-road and over the road trucks, and was actually a machine swap out for a SANY 235 with thumb that was needed on another job site.

A total of eight or nine SANY machines had been on-and-off of this job site at any given time, usually three or four SANY excavators at a time.

When the process of crushing and screening of rock was being done, a pair of SANY excavators — a 235 and a 335 — were in constant use. While on the job during the two-month crushing period, the duo did a good job of keeping the crushers loaded, said Lane.

Brent Scarbrough & Co. services its own equipment and has its own machine service division.

"A service request is just a few taps away on an iPad for mechanics to come out to the site and do all the service work. About 90 percent of the service work for the machines can be done at the job. With any major work needed, a machine is loaded up and taken to the shop. If specialty work is required, SANY or their dealer will come out and do whatever's needed. Serviceability of the machines is similar to all other machines on the site and the parts are easily sourced as well," Lane said.

"Other than minor issues like hydraulic hose repairs, which happen on all machines, the SANY products have performed flawlessly at this job site and have worked quite well for me on other job sites as well. The SANYs here in Dallas will soon be loaded up and sent to downtown Atlanta for a clearing project for a residential, commercial and office properties."