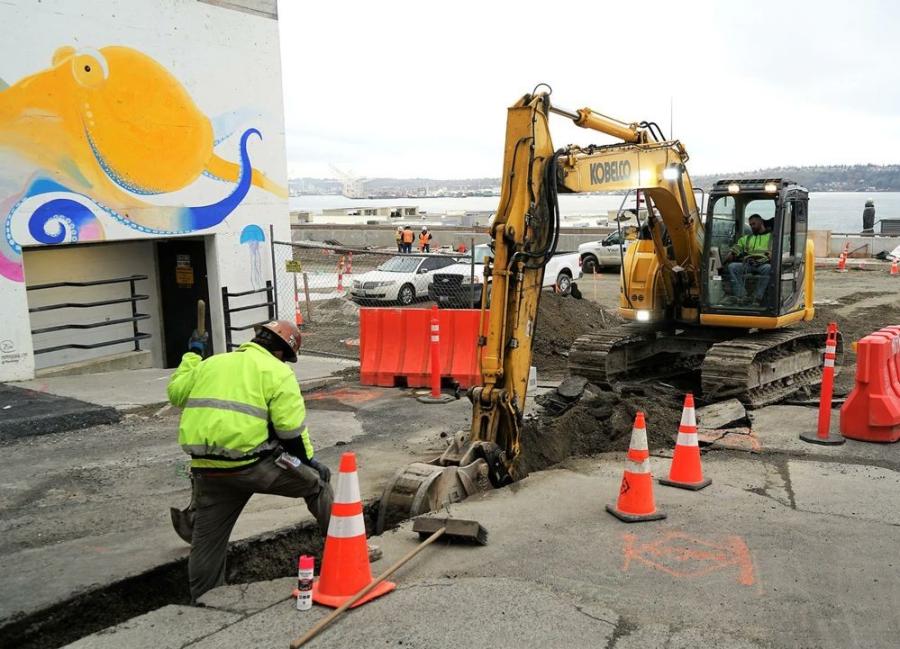 In the making since 2009, the project includes the construction of a park promenade, a new surface street along Alaskan Way and an elevated connector from Pike Place Market to the waterfront.

According to Friends of Waterfront Seattle Executive Director Thatcher Bailey, the $756 million project is still on track for a 2024 finish despite delays over a concrete strike in King County.

The massive endeavor, which has been in the making since 2009, includes the construction of a park promenade along the water, a new surface street along Alaskan Way, an elevated connector from Pike Place Market to the waterfront and better east-west connects between downtown and Elliot Bay. These efforts aim to connect neighborhoods on the waterfront, increasing walkability and boosting downtown business. The project includes funding from the city, state, a local improvement district tax and philanthropic donations.

"We got a little bit behind schedule because of the concrete strike but ideally the whole thing will be ready for use by the public, the whole park by the end of 2024," Bailey said in a comment to King5.com. 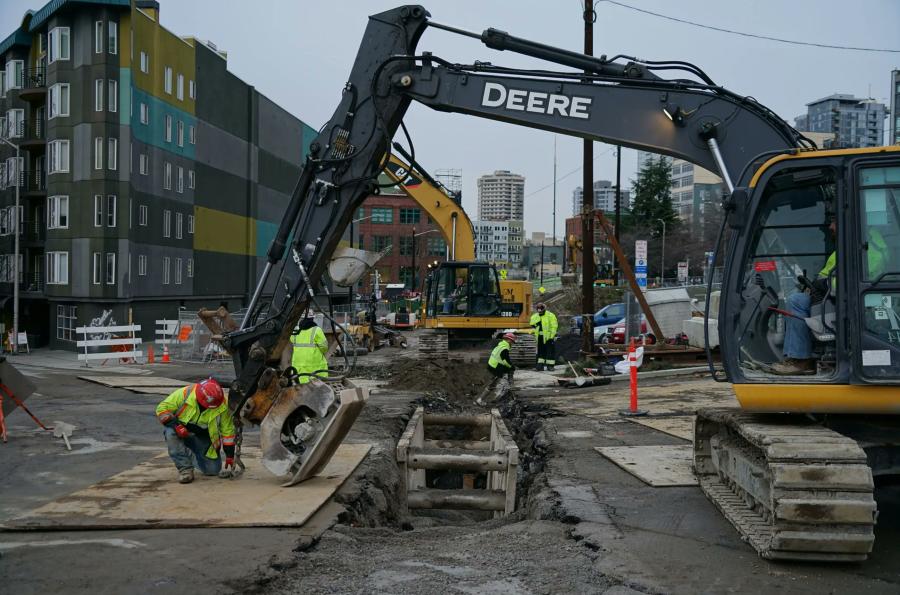 Currently, construction of Overlook Walk, a new elevated pedestrian connection between Pike Place Market and the waterfront, is ongoing. Construction of Pier 58 rebuild, currently known as Waterfront Park, which will be redesigned to create a larger public space and improve access, safety and flexibility to the pier, is anticipated to begin in fall 2022. Alaskan and Elliott ways roadway and bridge is expected to be complete and open to vehicle traffic by the end of 2022. Construction of a new Union Street Pedestrian Bridge is anticipated to be completed in late 2022.

"How do you kind of reconnect all of downtown to the Waterfront?" Bailey said. "How do you bring us back to the nature that so defines life in Seattle? How do you reconnect us to the simple fact of having these views, places to touch and see the water, be near the water? And you can look at the cityscape there and see ways in which you're seeing the city that were never visible before when the viaduct was there.

"With the viaduct in place, a lot of people never even thought about going to the waterfront," Bailey added. "People would come here but they tended to be cruise ship visitors, tourists, people from out of town — and often when people from Seattle thought about going to the water, this wasn't where they were going. The extent to which this park is a success is the extent to which people around the city realize this is a place to come and visit."

The Park Promenade is expected to be complete by 2024, however, that benchmark was in question due to the concrete strike in King County. But on April 8, 2022, the Teamsters Local 174 union announced concrete drivers would return to work on Monday, April 11 while negotiations continue.

"We look forward to seeing larger concrete deliveries return to the site, although we anticipate it could be a few weeks before we see concrete more regularly," a statement read on the official project website. "We are now actively working to schedule long-awaited deliveries for items critical to our construction and are working to assess the overall program delay impacts, as well as potential mitigation strategies."

In early 2020, the two-way transit corridor on Columbia Street opened and the newly rebuilt Pier 62 opened.

In 2021, removal of Pier 58 was completed. Construction of a new pedestrian bridge, stairs and an elevator on Union Street from Western Avenue to Alaskan Way began to take shape, resulting in new traffic and transit lanes on Alaskan Way between S. King and Union streets. Construction of the park promenade, a landscaped walking space along the water and piers, and bike path, between the park promenade and road, began in late 2021. The portion of Marion Street Pedestrian Bridge that crosses Alaskan Way began its reconstruction in late 2021 to improve an essential pedestrian connection to Colman Dock.