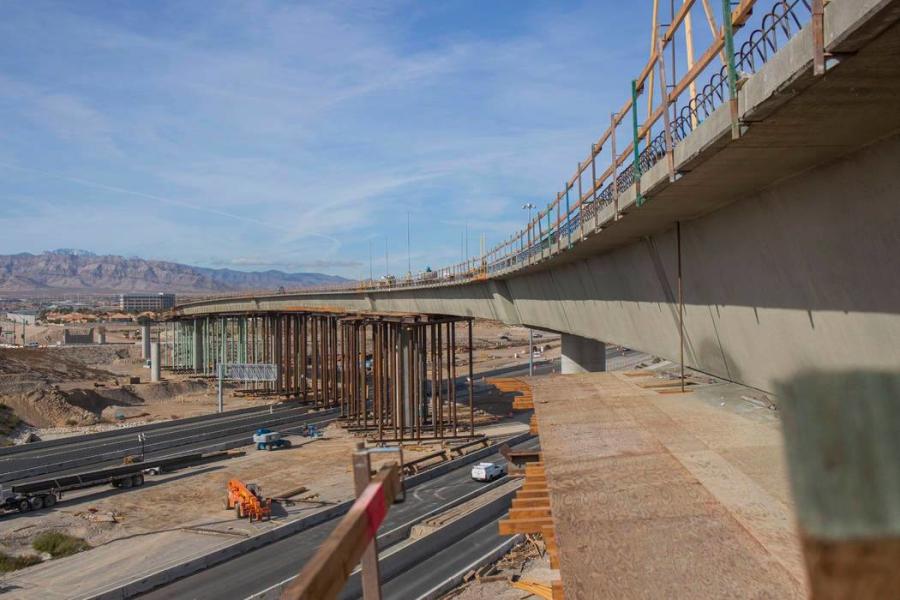 In 2019, construction crews made upgrades of the two-lane flyover ramp connecting U.S. Highway 95 northbound to the 215 Beltway westbound.

The two-lane flyover ramp connecting U.S. Highway 95 northbound to the 215 Beltway westbound spans 2,654 ft. and stands 75-ft. tall at its highest point. It's the latest addition to the $73 million Centennial Bowl project that began in January 2019.

The state's longest bridge is the 1.6-mi.-long U.S. 95 viaduct between Interstate 15 and Eastern Avenue in downtown Las Vegas.

"The exciting thing for motorists is that they will no longer have to navigate surface streets to make the freeway-to-freeway connection," said Tony Illia, Nevada Department of Trans-portation spokesman. "Previously if you were traveling on the beltway or traveling on 95, you'd have to get off, slow down and stop at traffic signals to make your freeway connection."

Around 100,000 vehicles travel in the area daily, making it one the busiest areas in the Las Vegas Valley, Illia said.