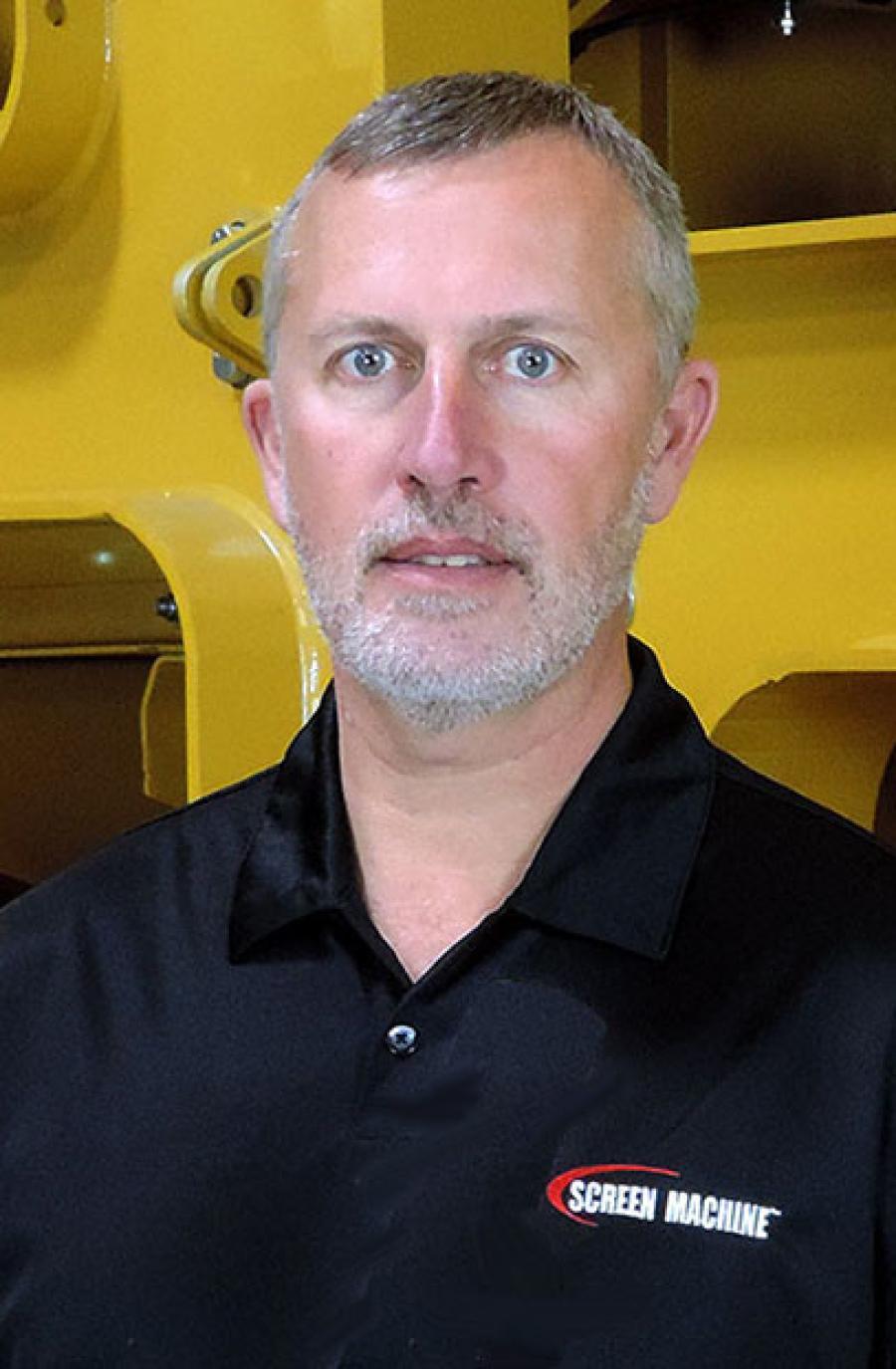 Building high-performance machinery and successfully delivering it to the marketplace is nothing new to Shane Terblanche. From passenger cars to electric delivery vehicles to sophisticated military weapons platforms, it's what he has done throughout his career. That's why he feels very comfortable and very excited about assuming his new role as president and CEO of Screen Machine Industries.

“I find the complexity of these machines both challenging and exciting,” said Terblanche, who joined Screen Machine on March 12, 2018. “Screen Machine has a long history of producing innovative and durable crushing and screening equipment. We have a great team here, and we are all dedicated to designing, building and manufacturing the next great generation of Screen Machine equipment.”

Before joining Screen Machine, Terblanche served as general manager of the Hybrids Drives Systems Division at Parker Hannifin Corporation. That division successfully introduced hybrid technology to bus and delivery truck manufacturers around the world. Previously, he led Navistar's global introduction of electrical vehicles, which included relocating all manufacturing operations to the United States from the United Kingdom.

A native of South Africa, Terblanche also previously was on the leadership team for a start-up for Volvo Car Corp. — and was a chief engineer for BAE Land Systems, which built mobile platforms for military weapons vehicles.

With such a diverse background, and extensive experience in engineering, lean manufacturing and global sales and marketing, Terblanche is looking forward to leading Screen Machine into a second half-century of success.

“This is a company with a proven track record of building and supporting high-performance, heavy construction machinery,” he said. “I see enormous potential for us to build upon the partnerships we already have with our dealers and customers, and to expand into new markets as well — throughout North America and around the world.”

Founded in 1966, Screen Machine is a leader in the portable equipment industry, with a focus on material crushing, recycling, screening and stockpiling. Screen Machine combines top-of-the-line manufacturing capabilities at its Etna, Ohio, headquarters with brand-name components from companies such as Caterpillar, Dodge and Precision to create equipment for a variety of applications. The company has nearly doubled the size of its production staff in the last year to meet current demand.

“The potential here is incredible,” said Terblanche. “We manufacture a world-class line of products for an industry that is booming right now, and we are one of a few doing it here in the U.S. Combine that with the fact that we have performance innovation like no one else, and the future looks very bright indeed.”