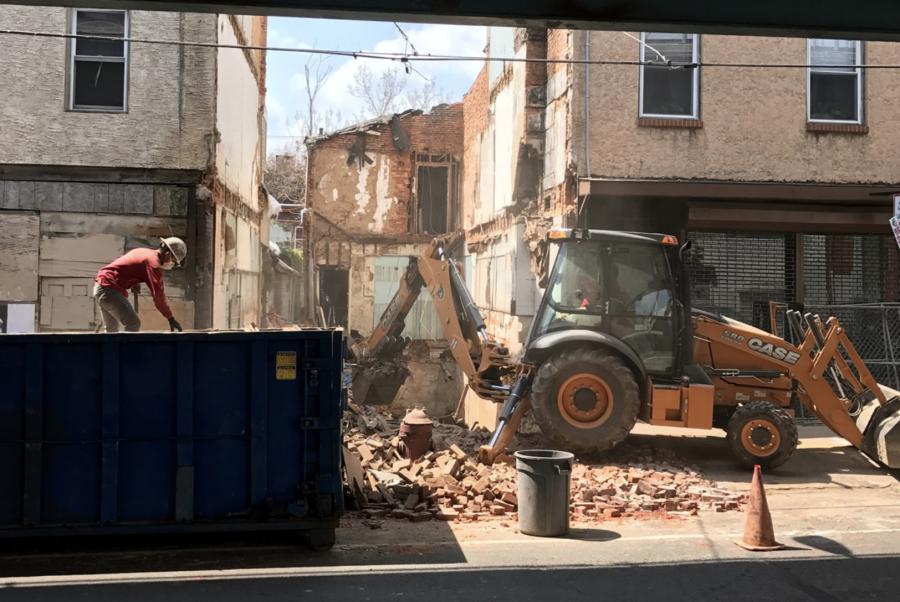 The Kensington storefront recognizable to fans of the Rocky movie franchise as Adrian's fictional pet store was unceremoniously demolished Thursday, according to a city tour guide.

Ben Caplan, who routinely leads tourists to the movie's filming locations throughout the city, said that when he took sightseers to 2146 N. Front St., he found construction workers dismantling the three-story building.

"I was getting ready to tell these people, 'Well, hey, across the street is the --,' and then I looked over and saw a big bulldozer," said Caplan, who has been giving Rocky tours for just over a year.

Four of the seven Rocky movies — including Rocky, Rocky II, Rocky V, and Rocky Balboa — shot scenes in the building's first-floor commercial space. In the film, the store was home to the pet shop where Adrian worked and where the title character bought two turtles, Cuff and Link, as well as a 140-pound bull mastiff, Butkus.

According to city property records, the building was owned by Joseph Marks from 1981 until 2011, when he signed the deed over to an Anthony R. Lighty for $1. Neither Marks nor Lighty could be reached to comment.

The storefront, which at one point was occupied by J&M Tropical Fish, was one of several filming locations in the Kensington area, which included the setting for Rocky's apartment, gym, and favorite bar. The building has been empty the last few years.

Before leaving North Front Street, Caplan said he and a couple of tourists grabbed some souvenirs.

"They were scooping bricks into a dumpster," Caplan said. "So me and the two people who were on the tour went over and asked if we could take some bricks. So we'll always have those keepsakes."