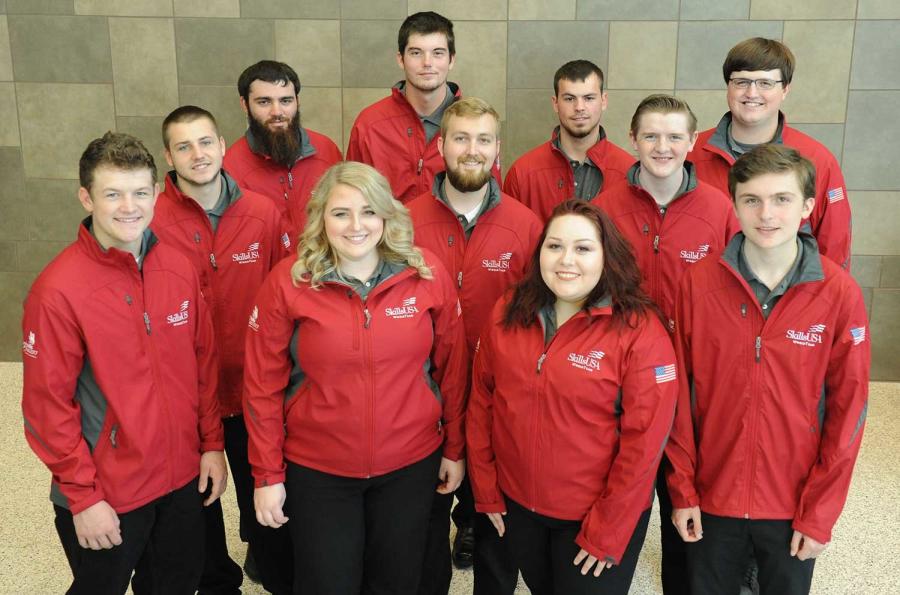 The SkillsUSA WorldTeam traveled to our nation's capital Sept. 12 to meet top officials at the U.S. Department of Education. The team will represent the United States at the upcoming WorldSkills Competition Oct. 14 to 19 in Abu Dhabi, United Arab Emirates.

“The SkillsUSA WorldTeam will compete with young workers from all around the globe, and I know our team will represent the United States very well,” explained Tim Lawrence, executive director of SkillsUSA. “Nations rise on the success of their workforce. Skilled, capable and flexible workers are the backbone of any nation's economy, and this international competition allows us to measure our SkillsUSA students and training programs against the best in the world.”

The SkillsUSA WorldTeam was at the U.S. Department of Education for a briefing with James Manning, acting undersecretary of education, and Israel Hernandez, acting undersecretary of the U.S. Department of Commerce. Also meeting the students were Kim R. Ford, acting assistant secretary for Career, Technical and Adult Education; Sharon Miller, director of the Division of Academic and Technical Education; and Robin Utz, branch chief in the Office of Career, Technical and Adult Education.

After hearing from SkillsUSA, Manning said, “The Secretary of Education and I are delighted to hear that you young men and women are working to not just find a career path, but also a passion. Most of you have chosen professions that are not going to be sent overseas. That helps you, and that helps America.”

Added Hernandez, “I am thrilled to learn about SkillsUSA and this team headed to WorldSkills. I work on international trade, and I can tell you that no matter where you go in the world, people will always know that the United States is best in class. You are an extension of this. Please remember that your journey to WorldSkills is just as important as the final results.”

At the briefing, SkillsUSA board president, Chris Arvin of Caterpillar Inc. talked about why more than 600 industry partners support the mission of SkillsUSA. Team member Chandler Vincent shared how SkillsUSA provided a connection between the classroom and a career that in turn ignited a passion for welding. National parliamentarian Laila Mizra, a student at Worcester Technical High School in Newark, Md., also spoke to explain how SkillsUSA helps students develop personal skills, workplace skills and technical skills grounded in academics.

While in Washington, the team visited the embassy of the United Arab Emirates to better understand the commerce and culture of the region and were later honored by SkillsUSA industry partners at a send-off reception on a rooftop adjacent to the White House. The WorldTeam also participated in SkillsUSA training and project reviews with their technical experts. Representing the United States in 10 skill categories are:

Members of the WorldTeam won the right to compete by earning a national medal in the SkillsUSA Championships and completing other prerequisites. Every two years, hundreds of young people from 77 countries compete in the WorldSkills Competition. In October, more than 1,300 competitors will test their skills over four days in 51 occupational skill areas. International experts, delegates and judges will gather from around the world, including an estimated 100,000 spectators at the Abu Dhabi National Exhibition Centre.