The tournament, which was followed by a cocktail party, dinner buffet, awards and raffles, brought the total raised to almost $400,000. 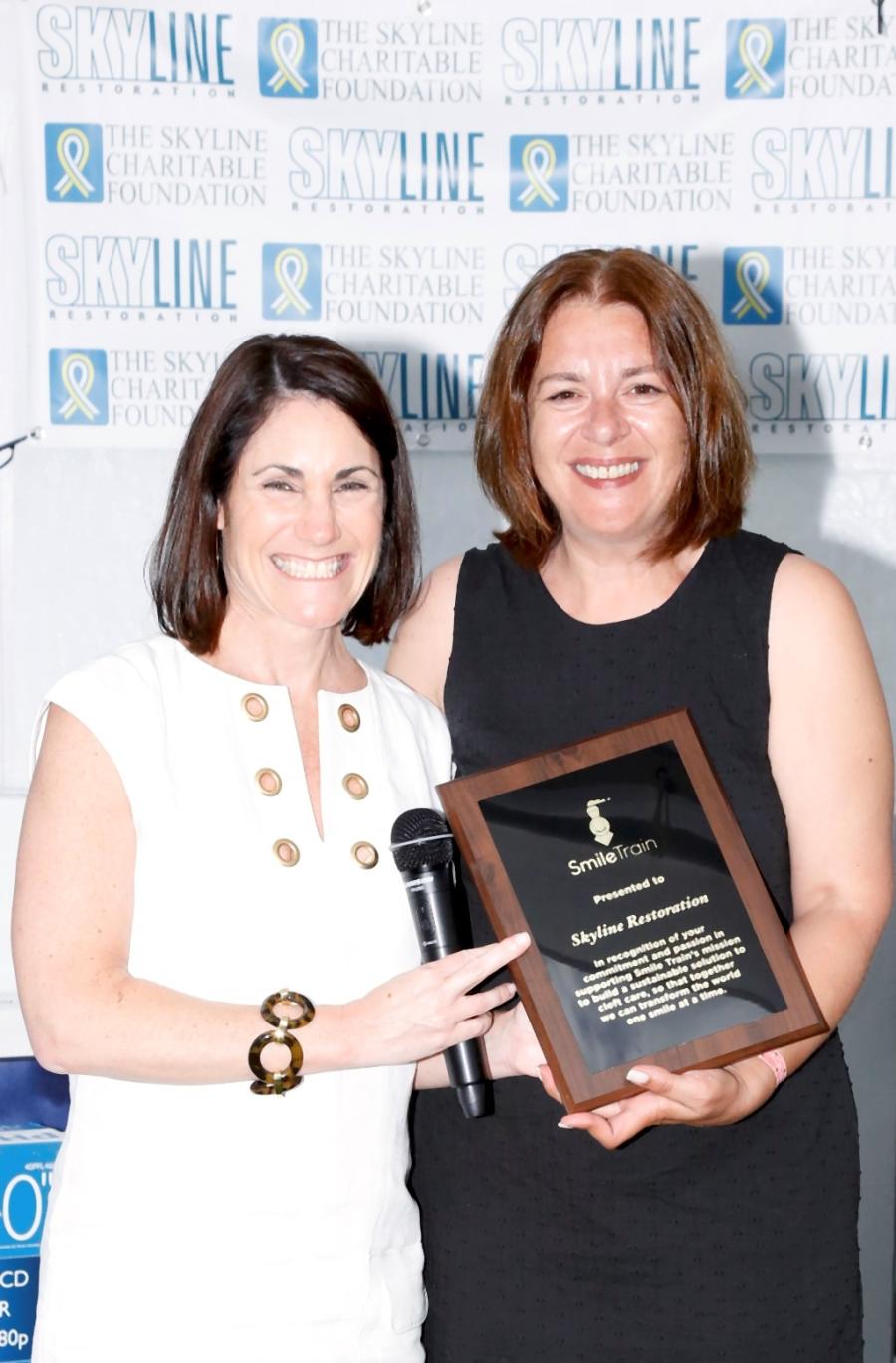 On July 11, Skyline Restoration's eighth annual Golf Classic at the Village Club of Sands Point broke records to raise $112,000 for the charities supported: Smile Train, St. Jude Children's Research Hospital, The New York Center for Children and African Soul-American Heart. The tournament, which was followed by a cocktail party, dinner buffet, awards and raffles, brought the total raised to almost $400,000 for Smile Train since Skyline Restoration inaugurated the golf outings in 2009. Since 2015, all proceeds raised at Skyline's charitable events are channeled through the Skyline Charitable Foundation, which distributes funds among multiple causes, allowing donors to allocate their support and enabling Skyline to introduce a greater number and variety of beneficiaries.

Eva Hatzaki, Skyline Restoration's marketing director who has chaired the golf outings since their inception, applauded the outpouring of support.

“Today was perfection, and the ideal weather was an added bonus,” said Hatzaki. “Not only did we reach a record-breaking total that topped six figures for the first time, but the heartfelt connection between participants, causes supported, and event organizers was stronger than ever.”

Susannah Schaefer, CEO, Smile Train, a nonprofit organization that provides free cleft palate surgeries and care for children in developing countries, noted that Skyline's efforts have enabled approximately 1400 surgeries. The operations transform the lives of children who would otherwise live in isolation and at risk for crippling medical issues and death.

She thanked Skyline for its passion and continued commitment, noting, “They know that they're changing lives.”

John Kalafatis, the CEO of Skyline Restoration, said, “Year after year this event has grown, becoming larger and more successful each time and we are now able to support more worthwhile causes. We're very glad to be able to play our part in giving back to the community.”

John Tsampas, president of Skyline Restoration, seconded the sentiment and added, “Today was an amazing success. In eight years, this event has developed a life of its own.”

James Fenniman, sr. director, construction practice, AJ Gallagher Construction Services, one of the event's original and ongoing sponsors, also remarked on the outings' evolution. “This has grown into a formidable event. It's matured and expanded each year.”

Rygo Foss, Skyline Restoration's general counsel, introduced Skyline to one of the charities, African Soul, American Heart (ASAH) — a girls' orphanage in Uganda. Foss, a special advisor to the board of ASAH, thanked the donors and extended “a special thanks” to John Pantanelli, president of the NYC Special Riggers Association.

Roy Vollmer, vice president, M & T Bank, and one of the tournament sponsors for several years, commended Skyline as a “great organization that cares about its people, the community and its clients.”

Joe Vullo, district manager with tournament sponsor Sika Corp., a supporter for eight years gave kudos to the “great cause and great company.”

The CFO of tournament sponsor Extech Building Materials, Sean Johnston, praised the level of “commitment to the community, friendship, and devotion to growing the business together.”