Small, But Essential, Arlington, Va., Bridge to Be Closed for Year-Long Rebuild 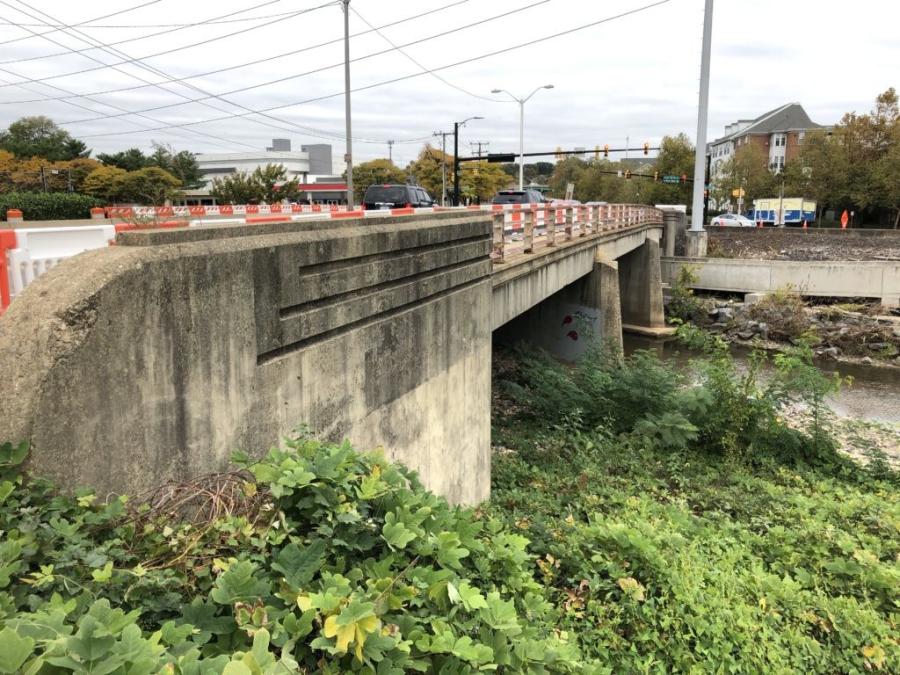 The deteriorating West Glebe Road bridge, which straddles the Arlington-Alexandria line, will close to traffic on May 9 and not open again until the summer of 2023.

In an April 26 news release, the city of Arlington announced that the deteriorating West Glebe Road bridge, which straddles the Arlington-Alexandria line, will close to traffic on May 9 and not open again until the summer of 2023.

Crews have slowly blocked off parts of the bridge to traffic as its condition has worsened in recent years, reported WRC-TV News4 in Washington, D.C. Signs have been posted on the short span warning drivers about its weight limitations and the danger in crossing it.

Recently, a huge horizontal crack could be seen along the bottom of the structure.

"Over time, the beams have deteriorated to the point where [they] are crumbling themselves," Arlington County Engineering Bureau Chief Adil Chauhan told News4.

The bridge crosses over the popular Four Mile Run trail, but the plan is to keep the corridor open to pedestrians using a detour.

Arlington County and the cities of Alexandria and Arlington agreed on a design-build method for the project, where a firm is hired to take the design from 30 percent to final before constructing the West Glebe Road bridge. The process includes proposals from artist Vicki Scuri for specific art that enhances the span aesthetically, provide additional lighting on the Four Mile Run trail, and connect the design of the bridge to the surrounding communities.

Last spring, the county board approved a $9.89 million contract, including contingency, to Corman Kokosing Construction Co., to replace the West Glebe Road bridge. The national contracting firm has a local office in Annapolis Junction, Md.

Bridge's Superstructure to Be Rebuilt

Arlington County engineers said construction of the planned replacement superstructure (road deck and beams) will bring the road crossing back to life. Its original piers, which are stable, will be used to support the new superstructure, thus reducing project costs, construction time and impact on the nearby watershed.

Two vehicle lanes on the renovated bridge are expected to reopen in early 2023, along with one of two widened sidewalks, the city noted.

The current structure over Four Mile Run was built in 1956, but Arlington officials said in their statement that elements of the bridge have crumbled in recent years. In 2018, a 5-ton weight restriction was placed on all user vehicles, and, in March, due to signs of continued structural beam degradation, all southbound traffic was detoured away from the bridge.

The city noted that while allowing motor vehicle traffic on the bridge during construction has been ruled out, pedestrians and bicyclists will still be able to use the West Glebe Road bridge through June, after which they will be directed to a temporary crossing, independent of the superstructure, to be built alongside the bridge.

Car and truck detours are available via the I-395 ramp to Shirlington Circle, and the Mount Vernon Avenue bridge, located further east at the intersection of South Glebe Road.

An artist's rendering of the replacement West Glebe Road bridge.