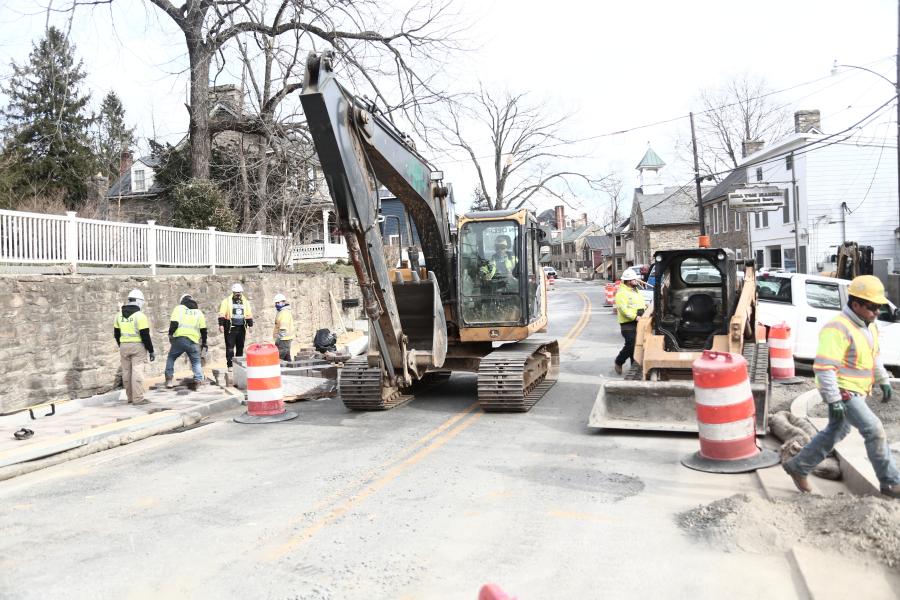 Hillsboro may be a tiny northern Virginia community of only 120 residents, but it began a big revitalization effort in March 2020 that could be a model for how many future infrastructure projects are funded, designed and built.

Hillsboro may be a tiny northern Virginia community of only 120 residents, but it began a big revitalization effort in March 2020 that could be a model for how many future infrastructure projects are funded, designed and built. 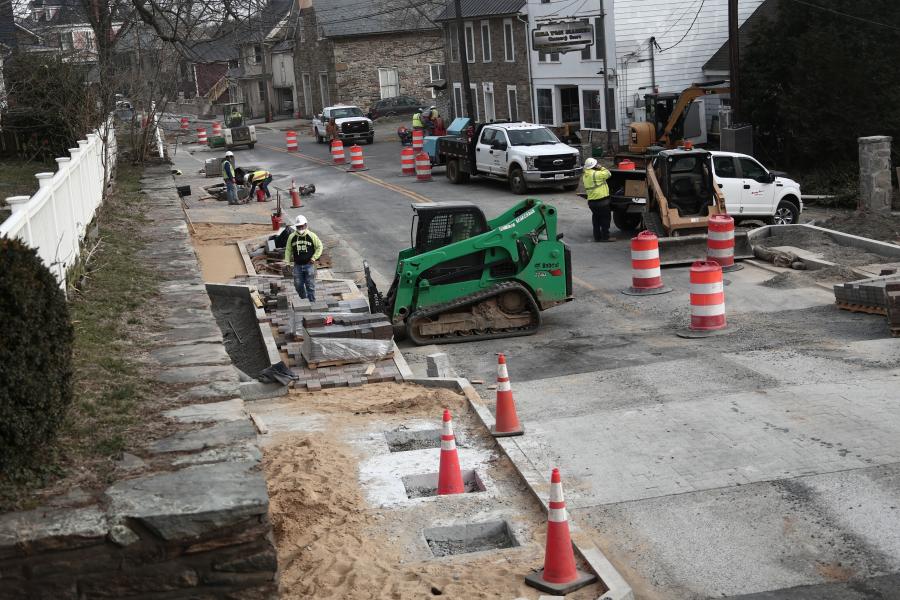 Through a unique collaboration with several Virginia agencies, the smallest incorporated town in the state will soon finish remaking its only main road, VA Route 9, in much less time and at a fraction of the cost than would be expected.

Hillsboro's "ReThink9" project is an innovative method designed to calm (or slow) its traffic, reduce congestion and improve pedestrian safety on Route 9 through the town. Additionally, ReThink9 includes burying overhead utilities, providing updated stormwater management and drinking water, and making wastewater improvements. The beauty of the project is that each of its component were meant to be built at the same time.

Now, the historic town, aided by its partnerships with Loudoun County, the Northern Virginia Transportation Authority (NVTA) and the Virginia Department of Transportation (VDOT), expects to complete the $30 million enterprise in May, with a formal opening set for June. Funding came from town coffers, the county and the NVTA.

First founded in the 1740s, just to the east of the Blue Ridge Mountains, Hillsboro is only 50 mi. northwest of Washington, D.C. The entire town fills a narrow gap in Short Hill Mountain, a low ridge that extends northeast from the community for 13 mi. before it ends at the Potomac River.

Through that gap also runs the two-laned Route 9, known locally as Charles Town Pike and serving as Hillsboro's main street. It is lined with mostly 18th- and 19th-century homes and buildings on either side and has needed safety, surface and subsurface improvements for years. Upgrading the street, though, such as building the town's first sidewalks, has proved difficult because of Route 9's tight proximity to Hillsboro's historic structures.

In addition, the tourist and local traffic on Route 9 in Hillsboro must share the road with heavier vehicles, like 18-wheelers, that often travel through the community between Leesburg, Va., and Charles Town, W.Va.

With traffic growing exponentially in the 1990s, town officials were worried about a threat to Hillsboro's vitality and realized a traffic-calming solution was needed.

Solutions Did Not Come Easy

Out of that concern was born a grassroots effort by residents to help conceive and develop the ReThink9 plan. The enterprise is owned and managed by the town of Hillsboro itself, with Mayor Roger Vance serving as the non-construction project manager — a role that makes him a conduit between the town and the builders. 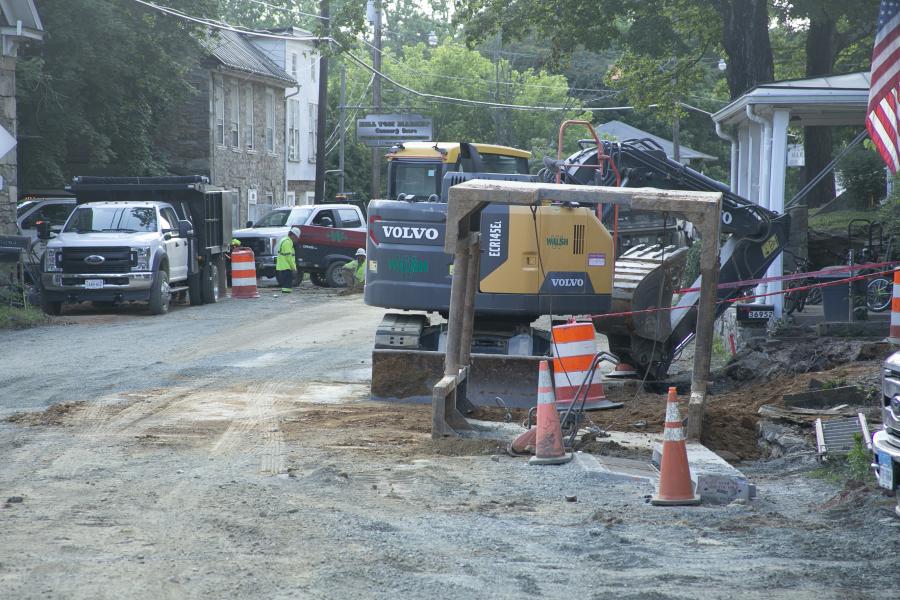 The construction, led by Archer Western, the nationally-known heavy contracting firm, began last year just as the coronavirus started to spread across the nation. Despite that obstacle, crews were able to work on the different ReThink9 objectives concurrently, a designed approach to get the project done sooner, thereby reducing costs to taxpayers and significantly lowering impacts to traffic, residents and businesses during construction.

But after two decades of looking for ways to fund the work and make the needed fixes in a timely fashion, getting the "common-sense" plan under way, as Vance described it, was not all easy.

"The plans that had initially been approved by VDOT called for maintaining traffic flow throughout the whole project in an incremental approach," he said. "I'm not an engineer. I didn't know any better, but after the plans went out for bids, they came back extremely high, well above what we had anticipated, so we had to reject them. It's a town project using local and regional money, so as owners of the project we said we were going to have to rethink this whole thing."

According to Vance, it was only after speaking with contractors that he and other town leaders first learned that the earlier bids were so high because of the "inflated costs and risks of traffic maintenance" within a work zone.

"That's when we hired Volkert Inc. [an Alabama engineering and consulting firm], revamped the whole approach and went for complete road closures to get the project done sooner," Vance said. "We had factored in 18 to 24 months to do the work and contractors who bid on it said it was easily a three-year process, something that was totally unacceptable to us." 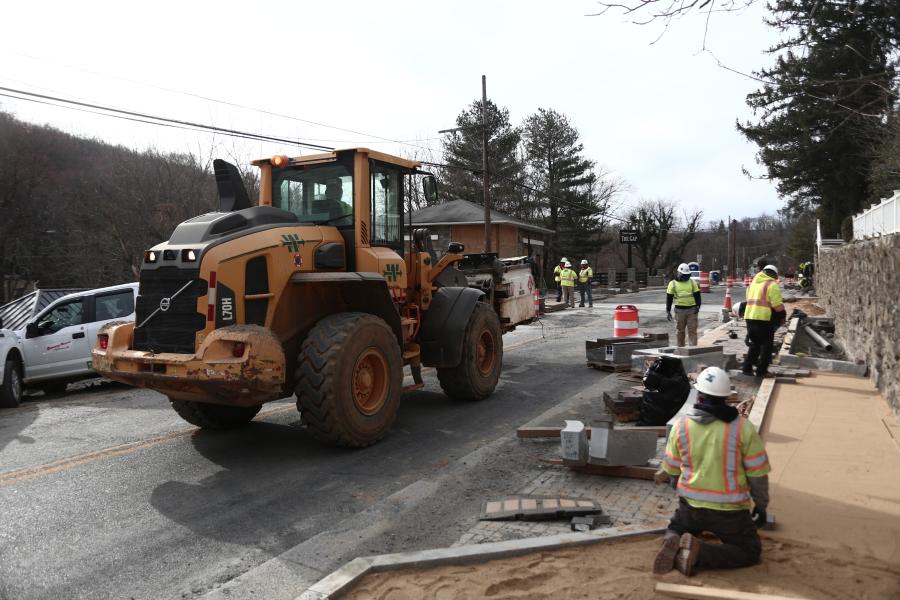 The ReThink9 plan enabled Hillsboro to get approval from the state for a complete road closure, during most of the project, every day during daylight hours and one-lane traffic maintenance at other times.

"It proved a point, though, as we are 12 months into the Route 9 improvement and we [plan to] open two-way traffic by the end of March," Vance said as he glanced out his office window at the construction. "It would have been impossible to do any kind of road work that was efficient and safe while also allowing even limited traffic down this street."

Work Both Above, Below Ground

For a project that is only six-tenths of a mile long, the Route 9 improvements in Hillsboro include several different components.

According to the ReThink9 website, the project's features are:

At the same time, the ReThink9 project also is installing cost-effective 21st century drinking water, sewer and stormwater systems while maintaining the character of the almost 300-year-old town. That work is being coordinated with the Virginia Department of Health.

Hillsboro has always drawn its drinking water from a spring that comes off Short Hill Mountain, Vance said, but the new improvements will mean the utilization of a new well, storage tanks, a treatment and distribution main, meters and service laterals.

Along with the burial of all overhead utilities, a low-intensity, adaptable smart-sky LED pedestrian lighting system is being built, in addition to a town-owned communications conduit.

The lesson that Vance and Hillsboro town leaders learned was that if, after so long, they felt no one was helping them to meet their needs for a Route 9 revamp, it was up to them to find a solution. 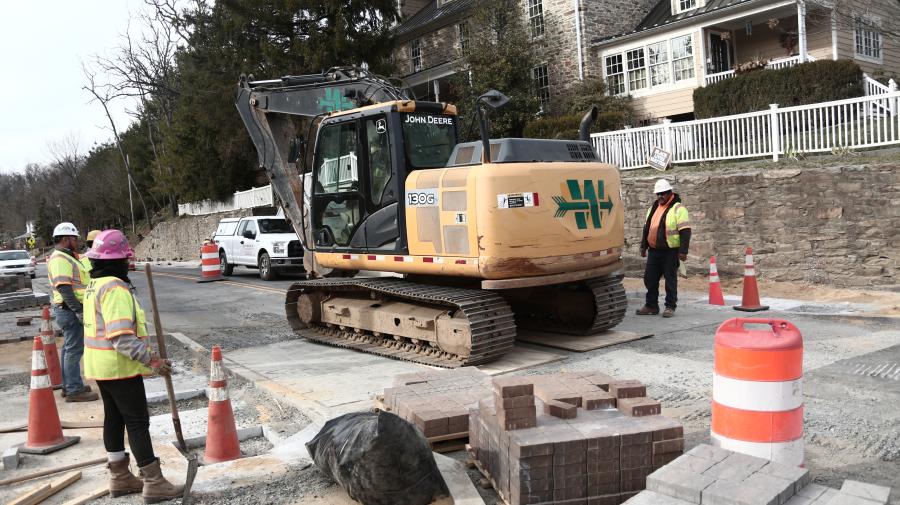 "It's not too often that common sense does prevail," Vance said. "We were told for years that the construction was not going to happen all at one time, like we needed it to, and we would never get cooperation between the various jurisdictions. So, at some point, we understood that it was not going to happen if we followed their rules."

As a result, he explained that Hillsboro decided to form its own rules to make ReThink9 a reality and go by the slogan "Proceed as If Success is Inevitable."

"I think that what we did is something that other small communities can learn from and, I'm being told, serve as a model for other communities. I tell people, don't take ‘no' for an answer. If something doesn't make any sense, then ask why." CEG