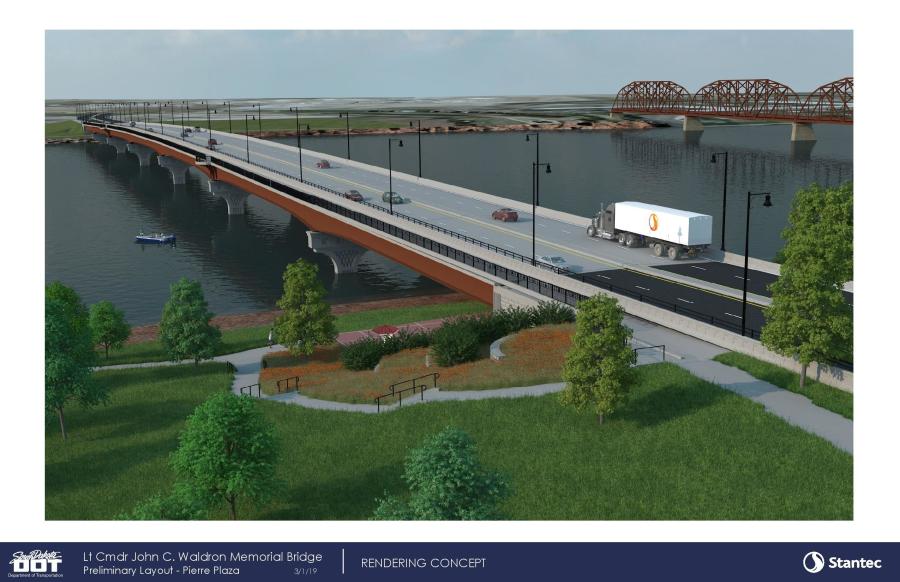 "Replacing the Missouri River Bridge at this location has been in the planning stages for the better part of 20 years," said Bergquist. "A project of this magnitude takes tremendous resources and cooperation from several entities. I'd like to extend a sincere thank you to the SDDOT team, cities of Pierre and Fort Pierre, FHWA, Gov. Noem and the Transportation Commission for bringing this project to life."

The existing the John C. Waldron Memorial Bridge carries U.S. Highways 14 and 83, as well as S.D. Highway 34 over the Missouri River between Fort Pierre and Pierre. This project will replace the bridge built in 1962 that connects east and west river South Dakota near the center of the state. Construction is expected to take place over the next three years with completion expected in late 2023.

Work includes building a new bridge to the northwest of the current bridge, then removing the current bridge once traffic is moved to the new structure. For about the first year, work will occur mostly in the water as specialty crews work to build the foundations and substructure that will support the bridge structure.

The cities of Pierre and Fort Pierre have been very involved in the process and both have approved enhancements to the bridge and plazas that will be located at each end of the bridge. The new bridge will retain the designation as the John C. Waldron Memorial Bridge.

Traffic will be very minimally impacted during the project and more information will be forthcoming over the next few months. CEG