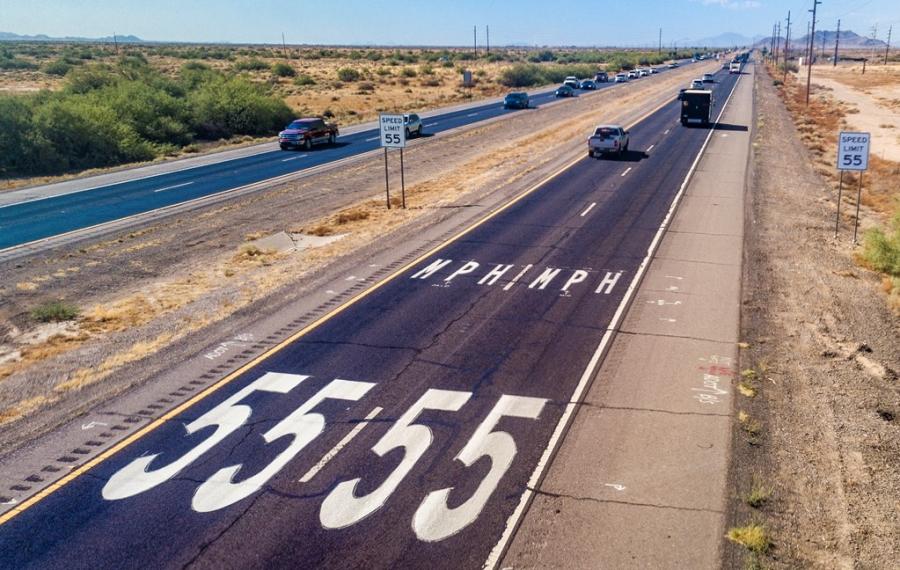 The Arizona Department of Transportation (ADOT) has added to the ways drivers see the posted speed limit on a stretch of SR 347 in the southeast Valley.

The speed limit is now displayed on the highway pavement in large white decals as part of an effort to improve safety along SR 347 between I-10 and Riggs Road.

Testing the speed limit pavement decals is a first for ADOT's Phoenix-area highways. Standard speed limit signs also are in place adjacent to where the decals have been added.

The pavement decals also are in place along southbound SR 347 approaching the Riggs Road intersection, where the speed limit drops from 65 mph to 55 mph.

ADOT's review of law enforcement crash reports found that officers cited "speed too fast for conditions" as a driver violation in more than half of crashes along SR 347 between I-10 and Riggs Road.

Speed limit pavement decals also are being tested at one location along SR 160 in northeastern Arizona.