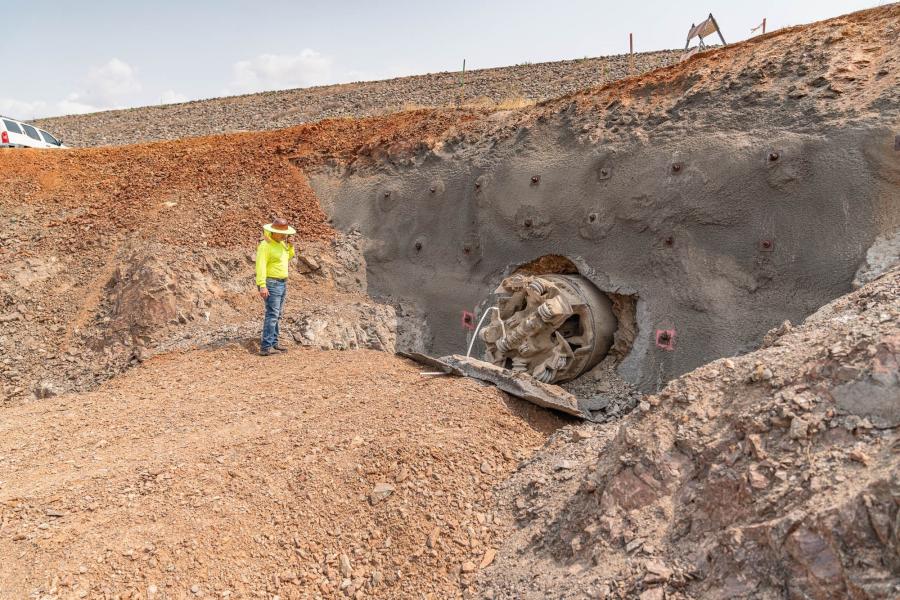 The tunnel boring machine is lowered into the pit to excavate a 68-in. diameter tunnel to be lined by a 60-in. diameter steel pipe.

Cave Buttes Dam is an earthen flood control dam built on Cave Creek Wash in northern Phoenix, Ariz. The dam was constructed by the U.S. Army Corps of Engineers in 1980 with the Flood Control District of Maricopa County serving as the local sponsor. The structure protects thousands of homes and businesses and more than 1 million people from potential flash floods like the ones that devastated the city in the early 1900s. 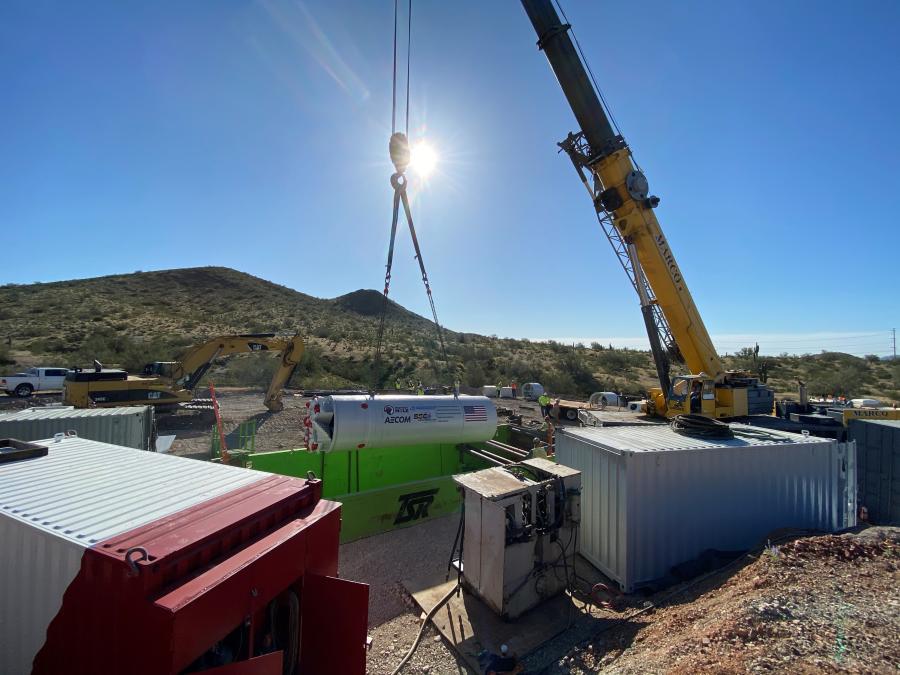 Since the dam's construction, seepage through the embankment has been observed twice during significant flood pool impoundments, representing a potential dam safety issue for the downstream population and infrastructure.

The District decided to take action before a potential threat became a disaster, creating a plan to reduce dam safety risk for downstream residents by constructing an auxiliary outlet for the dam. The District engaged a joint venture of SSC Underground and Coffman Specialties to construct a tunnel under the dam that would reduce the time it takes for the dam to drain after a large flood event.

Once complete, the underground pipeline would act as a safety valve to release controlled amounts of water into Cave Creek Wash where water has naturally flowed for many years.

The steel pipeline extended a distance of nearly 1,000 ft., burrowing 50 ft. underneath the dam. The construction process took 20 months to complete. The 60-in. diameter pipeline was encased in grout. The construction was completed at a cost of $14.3 million.

The first phase of the job was to create a pit 20-ft. deep to launch the tunnel boring machine (TBM). Components of the tunnel boring project included a 68-in. American Augers rock boring machine; an Akkerman SP400 jacking system and an Akkerman 524 haul unit. Once they had room to operate, workers could begin boring and inserting the pipeline in 20-ft.-long sections.

They did, however, quickly encountered problems.

"The condition of the ground was constantly changing," said Michelle Walker, vice president of SSC Underground and one of the project managers. "The TBM bored through soft dirt, then through rock, then harder rock and sometimes through clay. Our progress varied widely. The best day was 40 feet, and the worst day was two feet."

The head of the boring device had to be changed because the original head was not ideal for the mixed conditions.

"Some of the rock was so hard that we burned up the cutters trying to get through one foot," said Walker. "Then it could all change again within five feet." 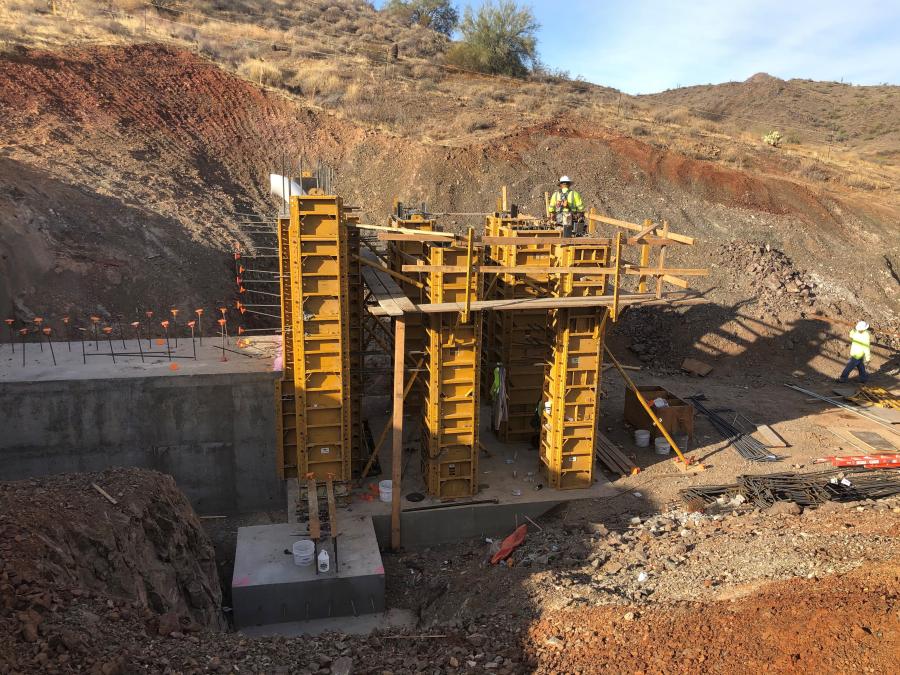 The team at SSC Underground succeeded in drilling a 68-in.-diameter tunnel to accommodate a 60-in. pipe with holes every 10 ft. that served as ports to pump grout through. This grout became a concrete sleeve around the pipe to prevent water from flowing through the space between the pipe and surrounding earth. Finishing the grouting process required one month after the pipe was inserted. Monitors placed inside the pipe kept the crews informed that the pipe did not float or move during grouting. "The rock and dirt we dug out was stockpiled by the county for future use on access roads and for maintenance around the dam," said Walker.

Once the pipe was in place, Coffman Specialties began building intake and outlet structures and installing the gate on the north end in the intake structure. The concrete and steel structure at the north end included a metal cage covering to prevent debris from entering the pipe and clogging it. Coffman also built a hydraulically operated gate that could be opened to allow water to flow through the tube when necessary to relieve pressure on the dam.

"Before this project, there was just one pipe underneath the dam," said Walker. "Now there are two pipes, and the new one can be used for a controlled discharge of water when needed."

The planning, design, permitting and approval process for the new auxiliary outlet consumed nearly 10 years. "Now that the project is complete, our team feels a huge sense of accomplishment," said Walker. "We were able to complete it on budget and on schedule. In addition, homes and businesses located less than a mile from the dam now have a new level of safety from flooding." CEG