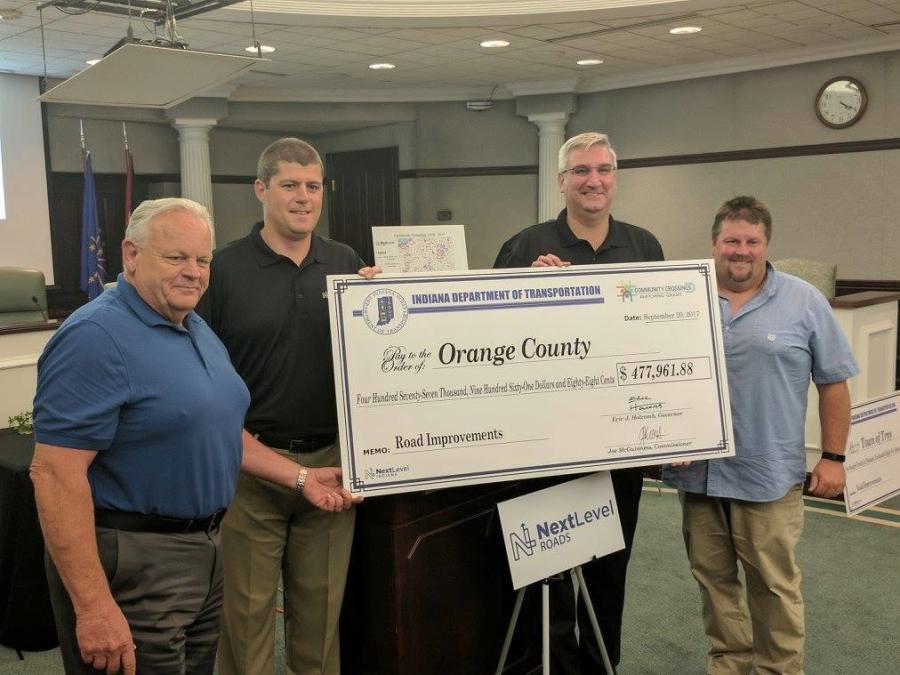 The full list of communities receiving matching funds was released Sept. 20, following the first in a series of presentations being held around the state with local, state and business officials to highlight award-winning grant applications.

“Superior local roads are a key factor in maintaining Indiana's reputation as the Crossroads of America,” Gov. Holcomb said. “I am encouraged that a record number of communities applied for and received funds this year, and I'm grateful to lawmakers for increasing the funding to sustain the community crossings initiative.”

In just its second year, the Community Crossings Initiative has awarded nearly $300 million in state matching funds to local governments for road construction projects. This year, 467 communities applied for funds – a 48 percent increase from 2016 – making this year truly competitive.

“Across Indiana, local communities are recognizing the need to invest in fixing and improving their infrastructure,” said INDOT Commissioner Joe McGuinness. “The projects funded today will help build smoother roads and stronger bridges in every corner of the state.”

Community Crossings was created by the Indiana General Assembly in 2016. Funds for the program are awarded from the state's local road and bridge matching grant fund. To qualify for funding, local governments must provide local matching funds, 50 percent for larger communities or 25 percent for smaller communities, from a funding source approved for road and bridge construction. They must also submit an INDOT-approved asset management plan for maintaining existing roads and bridges.

State law requires annually that 50 percent of the available matching funds be awarded to communities with a population of 50,000 or fewer. State lawmakers identified long-term funding for Community Crossings as part of House Enrolled Act 1002, passed by the legislature and signed into law by Gov. Holcomb in April. INDOT estimates $190 million in matching funds will be available for local communities in calendar year 2018.

The list of all communities receiving matching funds in 2017 is online at in.gov/indot/communitycrossings.