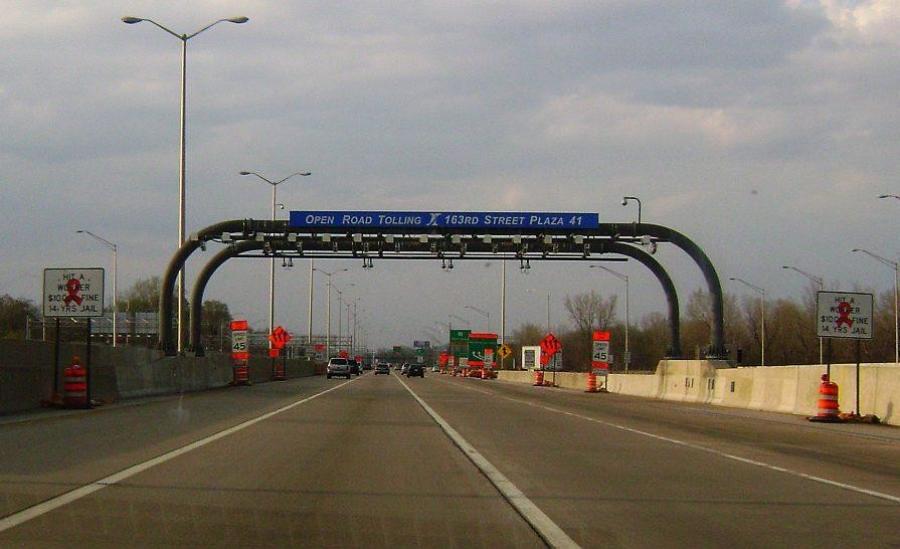 With electronic tolling, vehicles drive under toll gantries, which are equipped with cameras and computers to read the drivers' E-ZPasses or license plates.

Improving the nation's infrastructure will always come at a cost. States are looking at options for raising funds — and while plans of raised gas taxes have been surfacing, one state is exploring electronic tolling.

After a 1983 crash at toll booths in Stratford, Conn., killed seven, the state opted to take out all of its toll plazas. Connecticut has been relying on the federal government to help it pick up the tab for maintenance of its interstate roads, but with the state's Special Transportation Fund dwindling, Gov. Daniel P. Malloy is looking into a safer, updated tolling option, Connecticut Magazine reported.

With electronic tolling, vehicles drive under toll gantries, which are equipped with cameras and computers to read the drivers' E-ZPasses or license plates. Those in support of the move say this method will generate more revenue than the current 25-cents-per-gallon gas tax that the Special Transportation Fund has been relying on. What's more, the tolling price would fluctuate with road congestion, with a higher price for those travelling during rush hour, Connecticut Magazine reported.

Redeker said that state experts believe it should be about four or five years before the approval and installation process are in place and the state starts to benefit from the funds. Redeker also said that federal approval for such a system could take about a year.

Jim Cameron, a state commuter rail advocate, said he thinks the tolls gantries should be placed all across Connecticut, Connecticut Magazine reported.

“Where they get placed is up for grabs,” he said. “It has been proposed to toll 95, 84 and 91 but also the Merritt and Wilbur Cross parkways. But I would say the fairest way is to distribute tolls across the state so no one part is paying and another getting a free ride. If you drive on our roads, you're going to pay a toll for their upkeep.

“Driving is not free. It may be low cost, but it's not free. And the gas tax is not enough to pay for the maintenance of [Connecticut] roads and bridges. Motorists must pay their fair share to keep mass transit affordable.”

Cameron also pointed out the fact that tolls would help combat the gas tax funds lost from electric vehicles.

“So the guy driving a Tesla, why is he getting a free ride?” Cameron said. “Why isn't he contributing to the maintenance of the roads? That's where tolls come in.”

According to Gov. Malloy and other advocates for the tolling system, out-of-state drivers get to use these highways, but don't contribute to their upkeep, placing the burden of maintenance and upkeep entirely on in-state drivers, Connecticut Magazine reported.

But not everyone agrees with the move. State Sen. Toni Boucher said these tolls wouldn't be fair for commuters who must drive in rush-hour.

“Tolls only capture those people who have to go through them,” Boucher said. “They hurt those that can least afford to pay them. I'm opposed to tolls unless they cut the gas tax and other taxes. Tolls could cost $60 a week to some people. Between Greenwich and New Haven there would be around 12 tolls on I-95. Not that you have to stop, but every time you go through one you would be assessed another toll.”

Others have raised concerns over whether the tolls would impact the amount of federal funding the state receives. But DOT spokesman Judd Everhart said this would not be an issue, Connecticut Magazine reported.