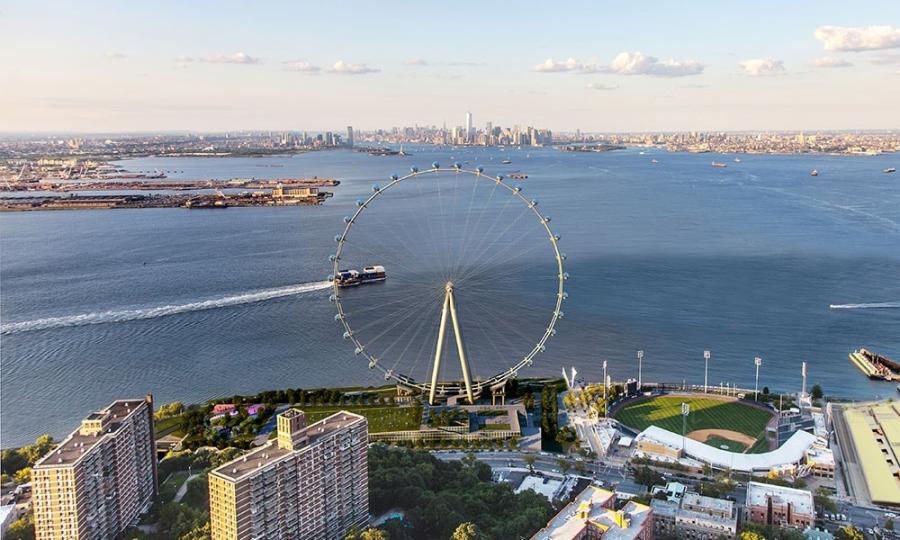 While work on the Wheel has stalled since May, construction on the terminal building behind it has been moving forward.


All may not be lost for Staten Island's New York Wheel. A representative for the project informed Curbed that the developers are currently in “advanced negotiations” to lock in a new contractor for the project, after they fired the previous one, Mammoet-Starneth LLC, last month.

Originally scheduled to open next spring, reports of Mammoet-Starneth's sacking meant the project was delayed indefinitely. But this latest announcement means things may be on the mend.

Now, the developer is hoping to work with the American Bridge Company, which has previously worked on the New Tappan Zee and the Las Vegas High Roller Observation Wheel. While work on the Wheel has stalled since May, construction on the terminal building behind it has been moving forward.

“The New York Wheel expects to announce a new completion date in the near future,” Cristyne Nicholas, a spokesperson for New York Wheel, said in a statement.