The Steel Erectors Association of America honored two individuals for their service to the steel erection industry at its 44th Annual Convention and Tradeshow. 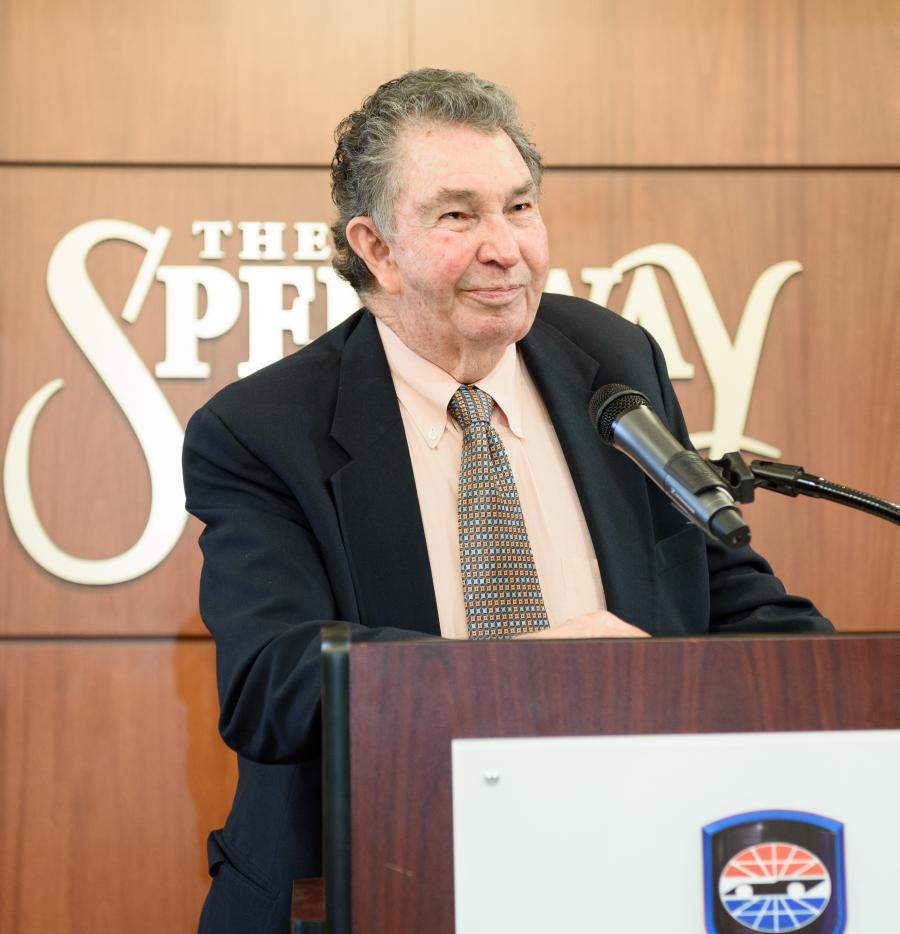 “Eddie is our senior statesman, and his wise counsel and suggestions over the course of more than 60 years have shaped this association and the industry as we know it today,” said Alan Sears, Awards Chairman and Banquet Host. In the 1950s Williams began his career as a rod-buster for C.P. Buckner Steel Erection; he eventually worked his way up to CEO. A founding member of the regional steel erector organization that was the precursor to SEAA, Williams has since served on SEAA's Board of Directors for decades. Ten years ago he received the association's William Davis Service Award, the association's highest honor. “I can't remember a time when I wasn't on the Board of Directors. It has been a very rewarding experience watching the association grow,” said Williams.

Sears explained that sometimes an individual is woven so thoroughly into the fabric of an organization and an industry that their volunteerism is assumed. “As the committee was reviewing past records of the Person of the Year, which has been awarded since 2004, we realized that Eddie had somehow been overlooked. Yet, every year he sets the example by which others are judged,” said Sears. Williams has worked to improve safety through his work with OSHA's Steel Erection Negotiated Rulemaking Advisory Committee and the Cranes and Derricks in Construction Advisory Committee. He has pushed for fair competition and wages, quality control, and productivity issues through active participation in the American Institute of Steel Construction, Fabricators & Manufacturers Association, and many contractor groups such as the ABC, AGC, ASA, and SC&RA.

Upon receiving the Person of the Year award, Williams reflected: “Looking back, no one was speaking for the non-union ironworkers, the impetus behind SEAA. This association has come so far since then,” said Williams. “Thank you all for making this a first-class organization.”

Pete Walker retired from Phoenix Steel Erectors in 2014, the Haymarket, Va.-based company he founded with partner Jim Larson in 2003. He currently serves on the company's board of directors.

His contribution to SEAA began even before the association was formed. Walker said initially he was a guest at a Steel Erectors of the Carolinas' work group meeting and board meeting. “There happened to be a board position open. I left the room to go to the bathroom and when I came back I'd been nominated and elected to the board,” said Walker with a laugh. According to an article in a 2011 Connector: “Soon after the formation of the Steel Erectors Association of the Carolinas in the early 1970s, Pete Walker and Jim Larson became catalysts for the group's expansion into Virginia as representatives from L.R. Willson & Sons and Williams Steel Erection Co., Inc.” This ultimately resulted in the formation of the Steel Erectors Association of Virginia and the Carolinas, which grew to the national SEAA organization of today.

Additionally, Walker was instrumental in founding SEAA-MAC, the Mid-Atlantic Chapter of SEAA. Later, he served on SEAA's board of directors for at least 20 years beginning in the late 1980s; he was president from 1991-1992; and he received the Person of the Year award in 2008.

Upon being named Lifetime Member, Walker said: “I was so impressed with the aspirations of this group of steel erectors who wanted to make the industry better for everyone that I immediately got involved. The organization has been a great personal and professional benefit to me. I am leaving with a lot more than I came with. I'm very honored, and accept this award with a lot of pride.”