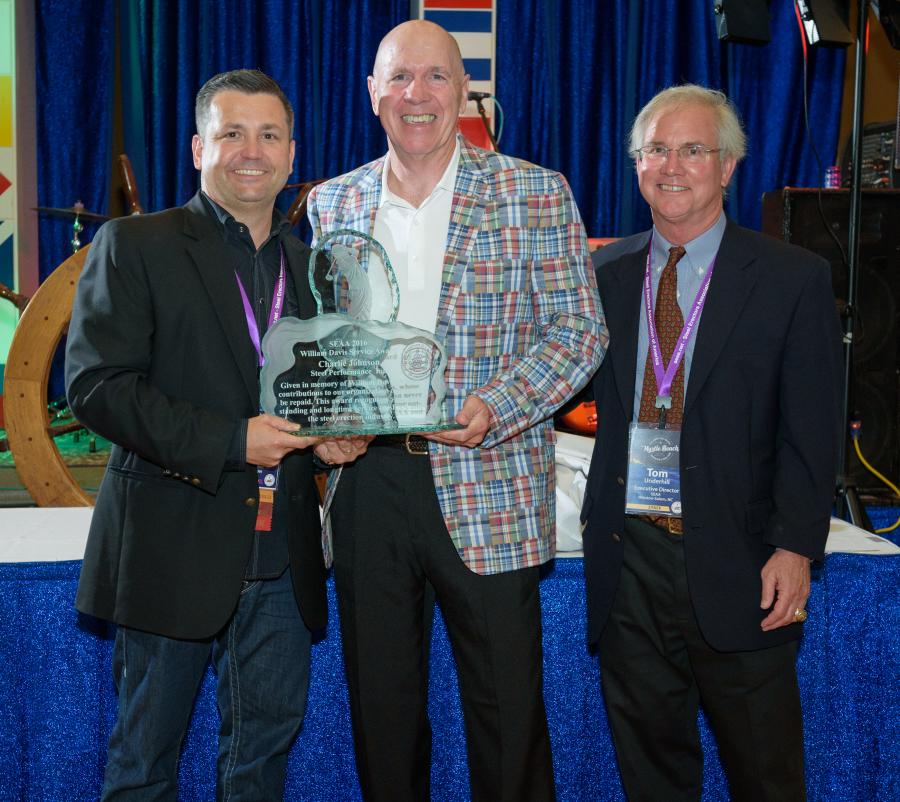 In recognition for his service to the steel construction industry, the Steel Erectors Association of America (SEAA) has named Charlie Johnson the recipient of the William Davis Service Award. The association's highest honor, it is given in memory of William Davis, who held board and committee positions with SEAA in the 1980s and 1990s.

During that time he earned an Electrical Engineering degree from North Carolina State University and Master's degrees in Mechanical Engineering, Naval Architecture, and Marine Engineering from MIT. He later put his experience and education to work supervising the overhaul and conversion of USNS Capella and USNS Denobola from container ships to rapid deployment roll on/roll off ships.

Johnson was recognized for his commitment to the health and long-term growth of the association. He notably served as President for an extended period during a critical transition for the association. During that time he spearheaded efforts to hire an independent, full-time executive director to oversee daily operations of the association. “His actions are reflective of his passion and desire to see the association grow,” said Stephen Burkholder, Immediate Past President.

As the association sought to expand beyond a regional organization, he also promoted “road shows” to introduce erectors across the country to the benefits of SEAA membership. Continually seeking to increase the value of membership, Johnson worked to establish supplier rebate programs for members.

“It's a great honor to be recognized with this award,” said Johnson. “William Davis was a true gentleman who gave unselfishly of his time to promote SEAA. I have benefitted more out of my relationship with SEAA than the association has, through meeting, working with, and learning from industry leaders,” he said. He encourages future leaders to be willing to embrace change and fresh ideas for the benefit of the industry.

Described as having a high IQ and very low handicap, Johnson has plans for an active retirement. In addition to working on getting his golf handicap into the single digits, in June he and teammates hope to defend the National Basketball Championship for the 65-69 age group. He'll also spend time traveling with his wife and visiting with his five grandchildren.