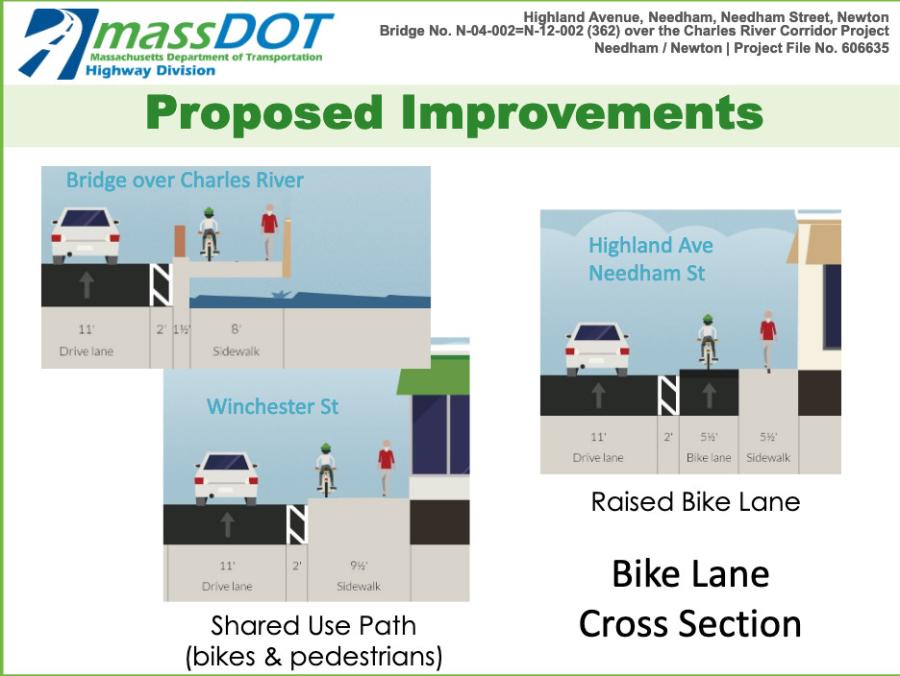 Construction will begin later this fall in the suburbs west of Boston on the $31.1 million Needham/Newton Corridor Improvements, according to the Massachusetts Department of Transportation (MassDOT).

The roadwork includes an overhaul of Needham Street, the portion of Winchester Street up to Massachusetts Route 9, the bridge over the Charles River and a part of Highland Avenue in Needham. The project is scheduled to finish in 2023.

P. Gioioso & Sons Inc., based in Hyde Park, Mass.,, is the general contractor on the Needham/Newton Corridor upgrades.

Although drivers on the Newton side of the project will feel the traffic impact in the next few months, crews are not scheduled to start updating that part of the project until next summer.

"It's the biggest road construction project to touch our region in a generation," Newton-Needham Chamber President Greg Reibman said. "It will significantly improve the corridor for pedestrians, cyclists, motorists and buses."

It also will mean traffic, he said, while also adding the enterprise has been long in coming.

According to MassDOT, the 1.7-mi. project consists of a mixed-use urban landscape of commercial and residential areas with significant traffic congestion in the Needham Street area. The corridor carries 28,000 vehicles per day. It features trail connections and includes an historic, nationally registered, stone arch bridge over the Charles River, built in 1875.

For decades, local and state players have been talking about what to do to improve the corridor that stretches from Rt. 9 into Needham before landing on the idea in 2013 of making it part of an "N-squared" innovation corridor.

As part of that district renovation, plans were launched to revitalize the strip along Needham Street into Newton by installing bike lanes, new sidewalks and improvements on the Charles River bridge, making it safer for pedestrians and bikers as well as cars.

Construction begins in November on the Needham end of the project. Crews will then start setting up on Highland Avenue between Webster Street and Hunting Road, where they will widen the roadway to make two lanes in each direction with an exclusive left turn lane. The road also will include full-depth construction, and mill and overlay work. Installation of stormwater basins and infiltration trenches also are set for the project.

In addition, a raised bike lane and sidewalk will be added and the signals at both intersections will be replaced, with two other traffic lights being brand new.

By late winter, crews should be ready to tackle the Wexford Street and the Charles River sections of Highland Avenue.

According to MassDOT, work will mostly take place from 7 a.m. to 3:30 p.m., Monday through Friday. During rush hours all lanes will be open, according to the contractor.